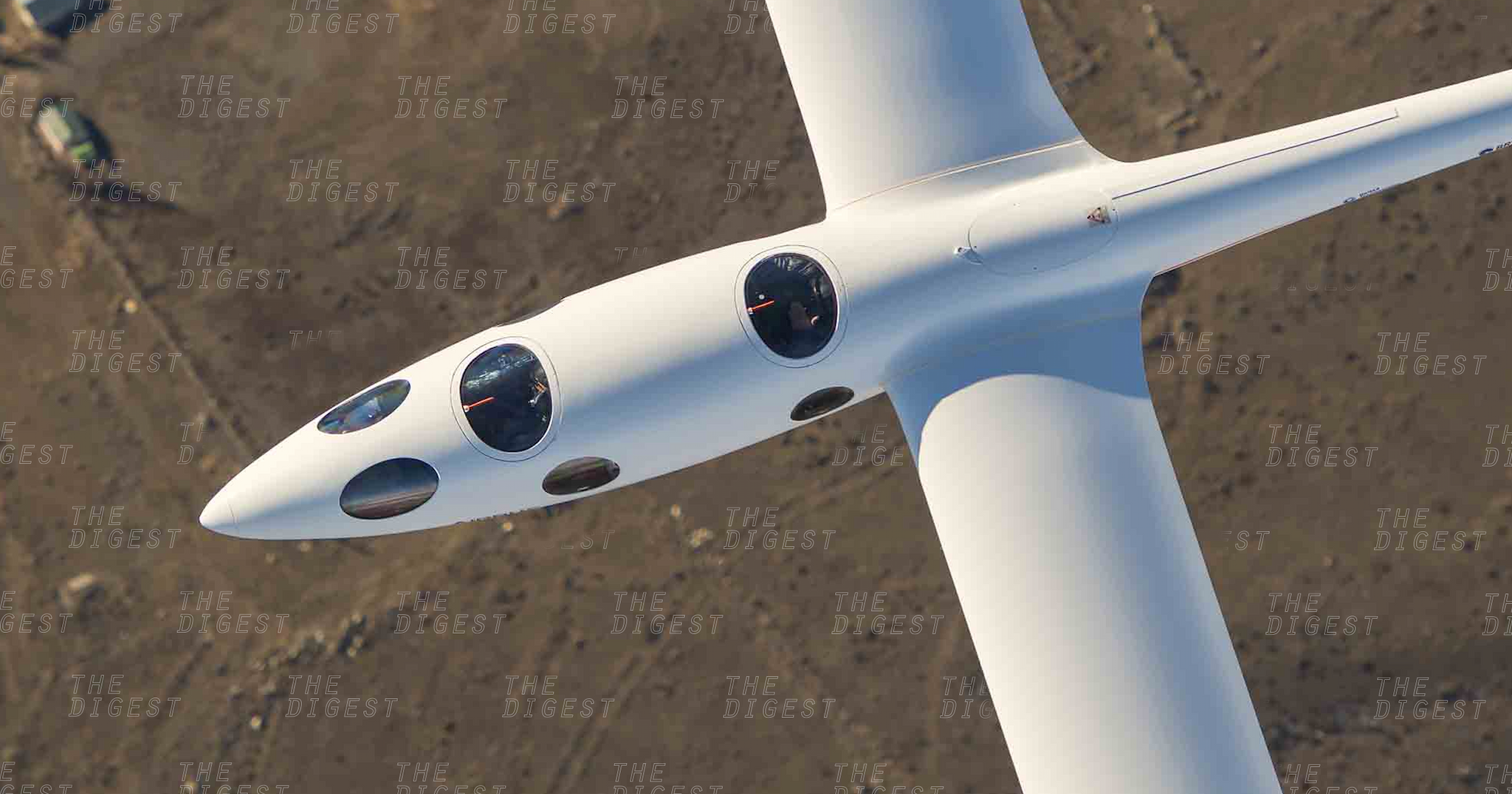 This Is the Weirdest Aircraft You've Ever Seen, and It Just Broke an Important Record

And it did so without any help from an engine.

And it did so without any help from an engine.

ENGINES ARE FOR LOSERS. Turns out, you don't actually need an engine in order to fly ridiculously high.

On Sunday, Airbus's Perlan 2 glider soared to an altitude of 76,000 feet over Argentina's El Calafate region. It had two human pilots on board. This broke the high-altitude human flight record, last set by Lockheed Martin's U2 spy plane in 1989.

A jet engine powered that craft. But the Perlan 2 just needed powerful airstreams to reach its record-breaking altitude.

A WEIRD, WONDERFUL PLANE. The Perlan 2 is no ordinary-looking plane — it resembles a plane made of silly putty that was stretched to its limit in every direction. But it's this design, plus its light weight, that allow the craft to reach such great heights.

Its pressurized body is just large enough to fit two pilots. It weighs only 1,800 pounds — about the same as a 1967 Volkswagen Beetle. However, its wings stretch out to a span of 84 feet, and it's 33.33 feet long from nose-to-tail.

When powerful airstreams hit mountains, they divert upward. In the Andes mountains of Argentina, these airstreams get an added boost from the polar vortex for a few weeks every year. This produces atmospheric pressure waves, which can soar to an altitude of  100,000 feet.

The Perlan 2's long wings provide a large surface area that allow the waves to push the plane to higher elevations. Of course, these airstreams can't lift the Perlan 2 off the ground — it must first hitch a ride to the base of the stratosphere via a tow plane.

FOR SCIENCE! A craft like the Perlan 2 is incredibly useful for scientific research.

Because it is not powered by an engine, the Perlan 2 does not affect the chemistry or temperature of the air surrounding it. That means the craft can take measurements of the atmosphere that are more accurate than those produced by engined aircraft, and according to an Airbus press release, these measurements could yield new insights into everything from high-altitude flight to climate change.

Airbus plans to attempt several more flights between now and mid-September to try to reach an altitude of 90,000 feet. After that, the atmospheric pressure waves will dissipate, leaving the craft without its powerful upward boost until next year.

More on the Perlan 2: Airbus Is Trying to Send a Glider Into Suborbital Space

Airbus, Rolls-Royce and Siemens Announce New Partnership to Build an Electric Airplane
11. 28. 17
Read More
Airbus' Electric Flying Taxis Are Set to Take to the Skies Next Year
10. 5. 17
Read More
Airbus Has Revealed Its Flying Car-Drone Hybrid
3. 8. 17
Read More
+Social+Newsletter
TopicsAbout UsContact Us
Copyright ©, Camden Media Inc All Rights Reserved. See our User Agreement, Privacy Policy and Data Use Policy. The material on this site may not be reproduced, distributed, transmitted, cached or otherwise used, except with prior written permission of Futurism. Articles may contain affiliate links which enable us to share in the revenue of any purchases made.
Fonts by Typekit and Monotype.