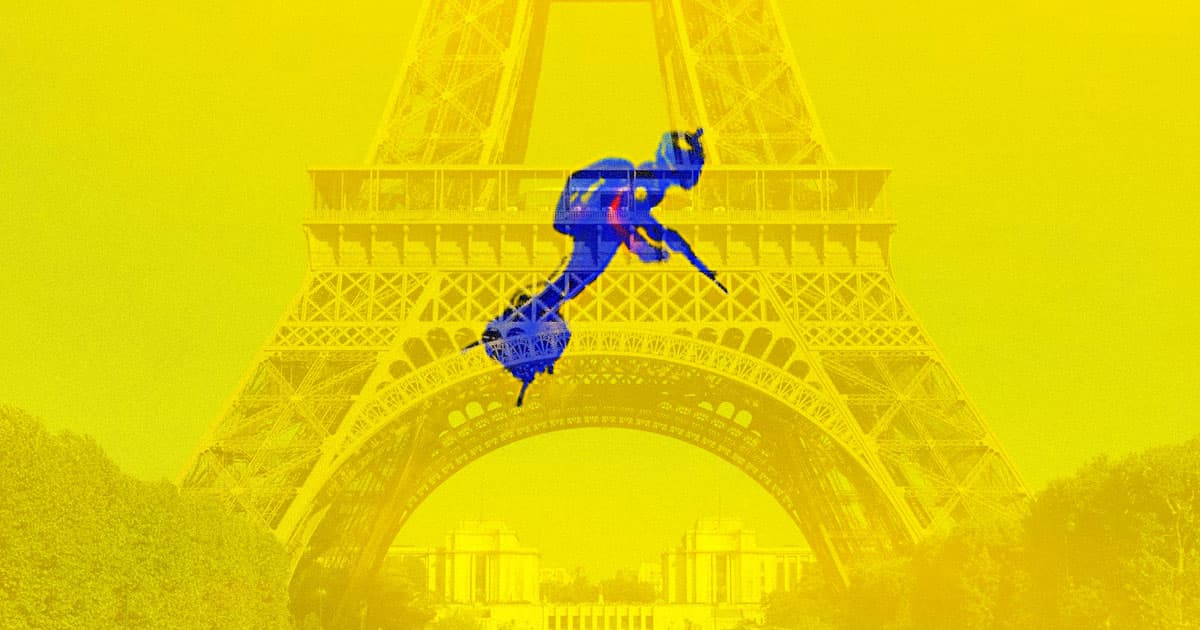 Someone Carrying a Rifle Just Flew Over Paris on a Hoverboard

Remember the Green Goblin, from Spider-Man?

Remember the Green Goblin, from Spider-Man?

You expect to see inflatable floats in the sky above a parade. What you don't expect to see is a man on a Green Goblin-style flying hoverboard wielding a rifle.

Thankfully, French inventor Franky Zapata was a planned addition to Sunday's Bastille Day festivities in Paris, and he wasn't carrying the rifle because he hoped to harm any of the world leaders in attendance.

Instead, the weapon was likely intended to highlight the potential military applications of the remarkable device giving Zapata the ability to fly above the crowd: the Flyboard Air.

When Zapata initially invented the Flyboard, it was essentially a board that shot water out the bottom. Stand on the board, and it would lift you nearly 30 feet into the air above a lake or pool.

In 2016, Zapata introduced the Flyboard Air, a version of the flying hoverboard powered by gas turbines. Now, anyone brave enough to hop on board could fly around untethered, reaching reported heights of 9,000 feet and a top speed of 128 kilometers per hour (80 miles per hour).

According to France24, Parly noted prior to the parade that Zapata's device could "allow tests for different kinds of uses, for example as a flying logistical platform or, indeed, as an assault platform" — meaning Sunday's peaceful demonstration could help usher in a far more violent future for the Flyboard Air.

More on the Flyboard: "Flyboard Air" is a Hoverboard That Can Reportedly Soar to 10,000 Feet

Nyoom!
We Talked to the Guy Who Flies Around on a Giant Drone That He Built Himself
7. 6. 21
Read More
14 Dead
Russian Sub That Caught Fire Possibly Sent to Cut Internet Cables
7. 3. 19
Read More
Bumper Drones
Cargo Drones Have One Problem: Not Crashing Into Things
3. 28. 19
Read More
+Social+Newsletter
TopicsAbout UsContact Us
Copyright ©, Camden Media Inc All Rights Reserved. See our User Agreement, Privacy Policy and Data Use Policy. The material on this site may not be reproduced, distributed, transmitted, cached or otherwise used, except with prior written permission of Futurism. Fonts by Typekit and Monotype.