The Mexloop route would stretch across 330 miles. 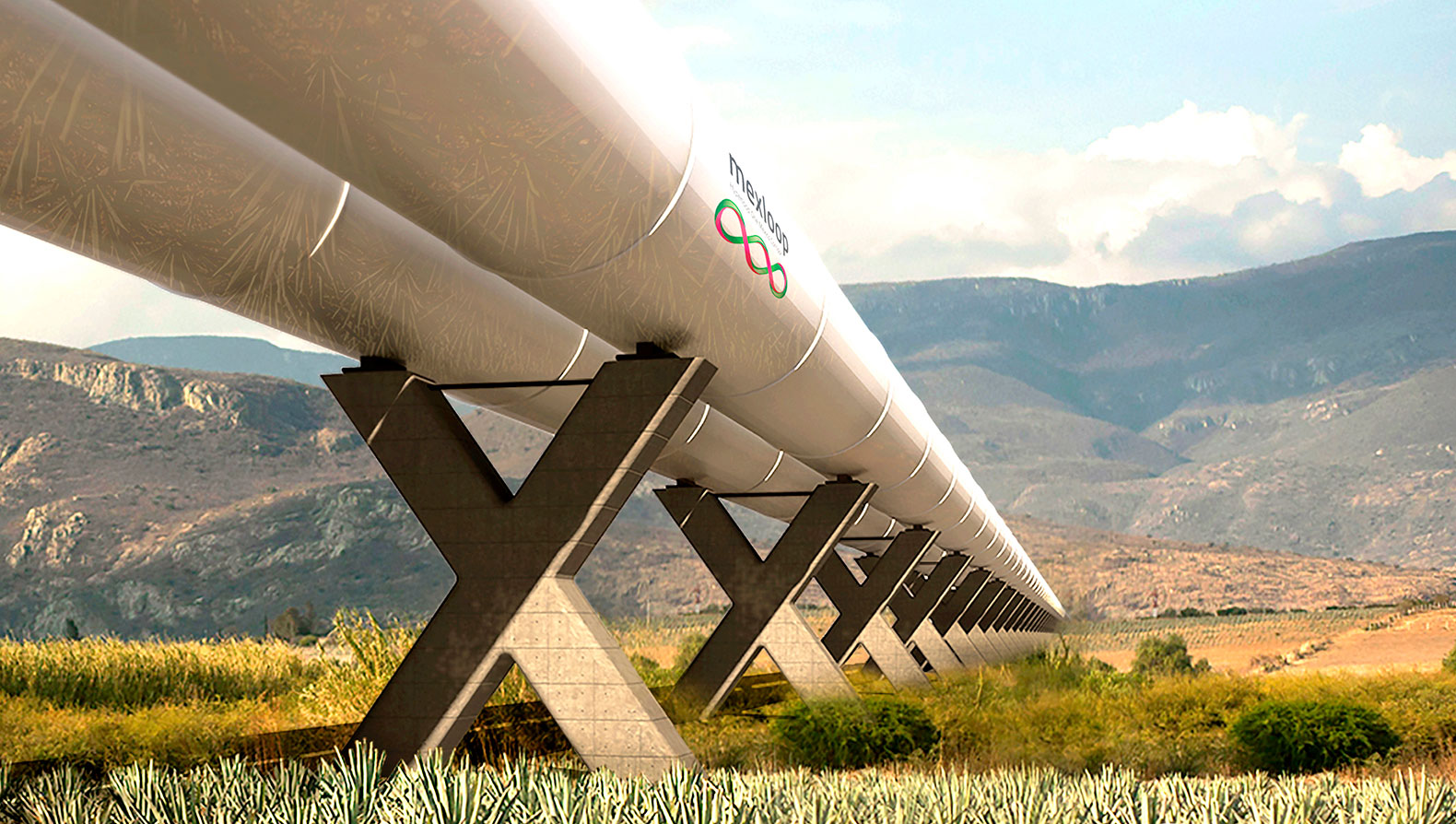 Back in September, a team working on developing a hyperloop for Mexico following a Mexico City-Guadalajara route was declared one of the 10 winners of the Hyperloop One Global Challenge. Their proposal has since been dubbed the Mexloop, and it is now a collaboration between Mexican studio FR-EE and engineering firms Arup and Sener.

The Mexloop will cut the six-hour trip from Mexico City to Guadalajara down to just 45 minutes, with stations built near airports and rail freight hubs, as well as metro and commuter rail stations. The Mexloop will pass through Querétaro and León to maximize existing transport infrastructure.

If everything goes according to plan, the Mexloop team and Hyperloop One hopes their system will have serviced 68 million people by 2020.

Hyperloop One recently received $85 million in funding to bring their plans, including the Mexloop, to fruition. However, they're just one of several startups currently working on developing these futuristic pods that were first brought to the world's attention by SpaceX CEO and founder Elon Musk in 2012.

Musk himself is now working on a hyperloop system that would be paired with his tunnel-digging venture, the Boring Company. Meanwhile, Hyperloop Transportation Technologies (HTT) is in talks to bring the futuristic transport system to India.

Read This Next
Veillance What?
Startup Says Train Powered by "Veillance Flux" Could Travel 620 MPH
Hyperloopy
Here's What Traveling By Hyperloop Could Look Like
Looped In
See a Startup's Newly Unveiled Hyperloop Test Track
Musk Read
Elon Musk’s Boring Co. Didn’t Ask Homeowners Before Tunneling Under Them
Futurism
Elon Musk Says Hyperloop Will Put Pedestrians, Mass Transit First
More on Advanced Transport
Kapow
Yesterday on the byte
Self-Driving Car Plowed Into Active Fire Scene, Forcing Firefighters to Smash Its Window
Netflix and Drive
Monday on futurism
Mercedes Claims to Have Achieved Level 3 Automation, Beating Tesla
Battery Trouble
Monday on the byte
Tesla "Spontaneously" Bursts Into Flames While Driving Down Freeway
READ MORE STORIES ABOUT / Advanced Transport
Keep up.
Subscribe to our daily newsletter to keep in touch with the subjects shaping our future.
+Social+Newsletter
TopicsAbout UsContact Us
Copyright ©, Camden Media Inc All Rights Reserved. See our User Agreement, Privacy Policy and Data Use Policy. The material on this site may not be reproduced, distributed, transmitted, cached or otherwise used, except with prior written permission of Futurism. Articles may contain affiliate links which enable us to share in the revenue of any purchases made.
Fonts by Typekit and Monotype.