Get Ready. Richard Branson is Investing in a Hyperloop. 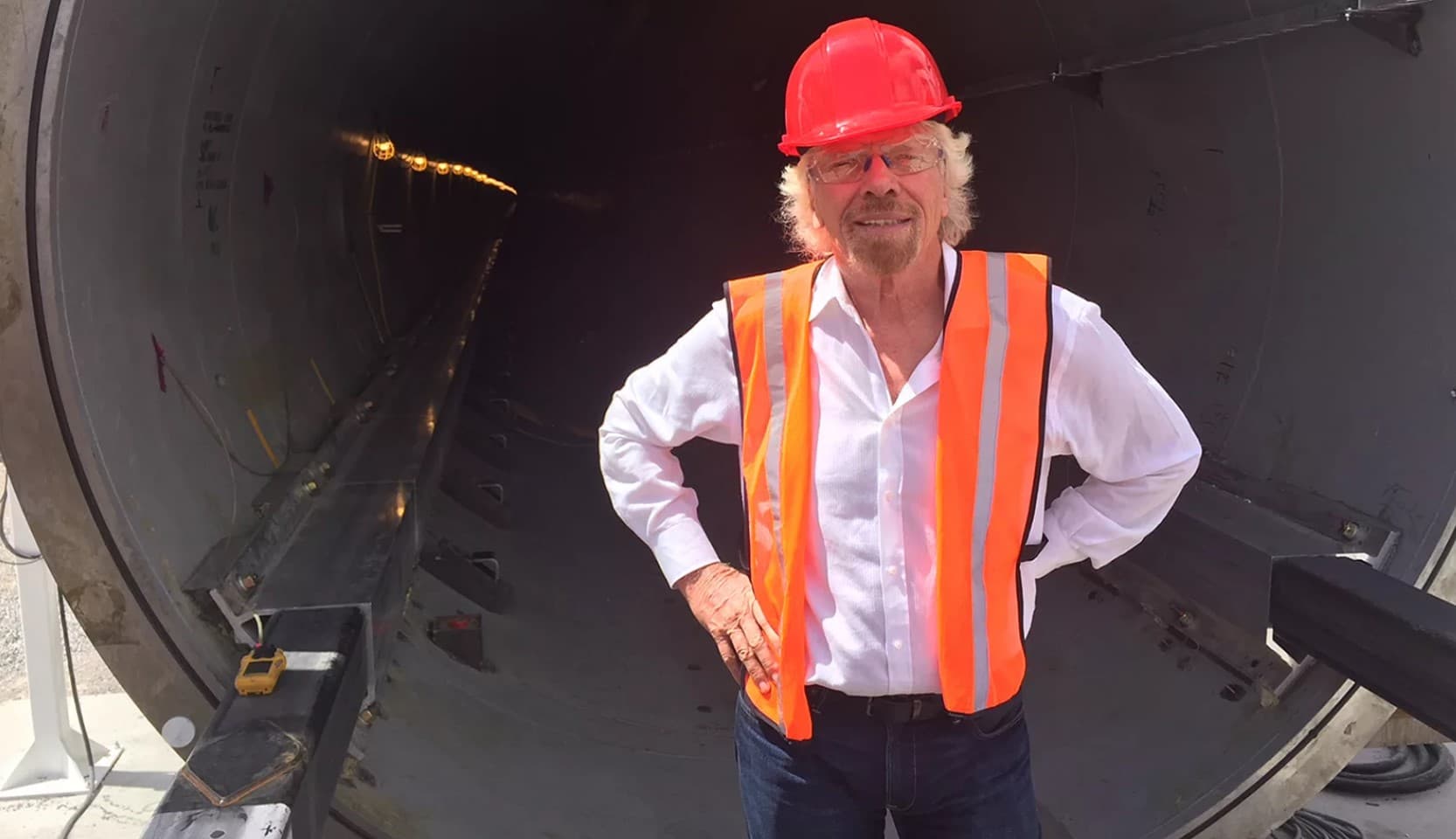 Image by Virgin Hyperloop One

The Startup Formerly Known as Hyperloop One

Virgin Group already has a hand in space travel through its Virgin Galactic spaceflight company, and now the group is investing in high-speed transportation. Specifically — hyperloop transportation.

Virgin Group founder Richard Branson announced earlier today that Virgin Group is investing in Hyperloop One, which recently acquired additional funding from investors last month. It's unknown exactly how much money Virgin is spending on Hyperloop One, but it was enough to get the company to agree to a re-branding. Going forward, Hyperloop One will now be known as Virgin Hyperloop One.

Despite the name change, the transportation startup's goals remain the same. It will continue to develop and test its hyperloop pod and tracks as well as investigate the viability of previously announced routes.

TechCrunch notes that included in the re-branding, Virgin Hyperloop One will now be associated with Virgin Group's other projects. Hyperloop now has a powerful billionaire with an interest in the future backing it, which can go a long way when trying to introduce a new concept.

"Ever since our creation, Virgin has been known for disruption and investing in innovative companies," said Branson in a blog post. "From our airlines to our trains to our spaceline, we have long been passionate about innovation in transport too, especially the development of technology that could transform people’s lives. This is just the latest example."

Branson went on to explain how he'd recently visited the DevLoop test site outside Las Vegas to get a first-hand look at the technology involved in Hyperloop. At the time, the pod was able to reach a top speed of 310 km/h (192 mph) with a peak acceleration of 1.48 Gs – the equivalent of going from 0 to 60 mph in 1.85 seconds.

Read This Next
Critical Flaws
Tesla Reportedly Sold Batteries It Knew Could Catch Fire
Shuttle Butt
We Took a Ride on NYC's First Self-Driving Shuttle
Dangerous Autonomy
Video Shows Tesla Autopilot Steering Toward Highway Barriers
Tiltrotor Down
A "Tiltrotor" Helicopter May Replace the Army's Black Hawk
Easy Access
Apple Patented Facial Recognition to Unlock Your Car
More on Advanced Transport
Kapow
Friday on the byte
Self-Driving Car Plowed Into Active Fire Scene, Forcing Firefighters to Smash Its Window
Netflix and Drive
Monday on futurism
Mercedes Claims to Have Achieved Level 3 Automation, Beating Tesla
Battery Trouble
Monday on the byte
Tesla "Spontaneously" Bursts Into Flames While Driving Down Freeway
READ MORE STORIES ABOUT / Advanced Transport
Keep up.
Subscribe to our daily newsletter to keep in touch with the subjects shaping our future.
+Social+Newsletter
TopicsAbout UsContact Us
Copyright ©, Camden Media Inc All Rights Reserved. See our User Agreement, Privacy Policy and Data Use Policy. The material on this site may not be reproduced, distributed, transmitted, cached or otherwise used, except with prior written permission of Futurism. Articles may contain affiliate links which enable us to share in the revenue of any purchases made.
Fonts by Typekit and Monotype.