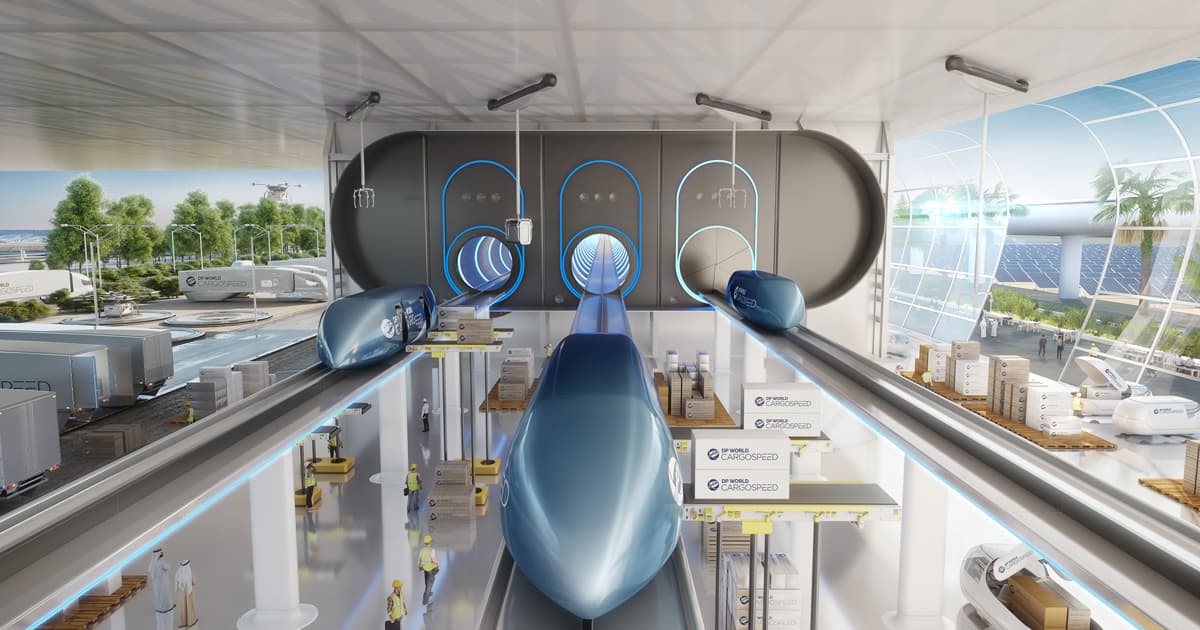 Virgin Hyperloop Wonders: What Does 600 MPH Travel Do to the Brain?

But before it does so, the company has made the reasonable decision to figure out what traveling that quickly might to do the brain. To wit, scientists at West Virginia's Rockefeller Neurosciences Institute (RNI) will find out what to expect when launching passengers at 78 percent the speed of sound.

Previous Virgin Hyperloop tests reached speeds of about 240 MPH, but the ultimate goal has always been to hit 600 MPH with passenger pods rapidly accelerated inside of a vacuum tube.

"These are super-high fast trains," Dr. Ali Rezai, vice president of neuroscience at the RNI, said in a press release.

"Human functions may be impacted by high speed and the perception of knowing how fast you are moving," Rezai added. "Without windows and a frame of reference, a person's balance, sensor, motor and other nervous systems function may be impacted as well."

So far, the research project is still getting set up: A RNI spokesperson told Futurism that Virgin Hyperloop CEO Jay Walder only visited the RNI earlier this month and that there aren't yet any results to share.

"We are going to use wearable technologies to quantify the physiology of humans," Rezai said in the release. "From eye trackers to body sensors to electrocardiograms and electroencephalograms, we can measure, quantify and make sense of what’s happening to the human body at 600 mph."

Hyperloopy
Here's What Traveling By Hyperloop Could Look Like
1. 27. 21
Read More
Top It Off
Startup Says Solar-Powered Electric Car Never Needs to Charge
12. 7. 20
Read More
Empty Seat
Waymo Ditches Human Safety Drivers in Its Self-Driving Taxis
10. 9. 20
Read More
+Social+Newsletter
TopicsAbout UsContact Us
Copyright ©, Camden Media Inc All Rights Reserved. See our User Agreement, Privacy Policy and Data Use Policy. The material on this site may not be reproduced, distributed, transmitted, cached or otherwise used, except with prior written permission of Futurism. Articles may contain affiliate links which enable us to share in the revenue of any purchases made.
Fonts by Typekit and Monotype.