"As of yesterday, we've returned with 100% fully driverless for the near term." 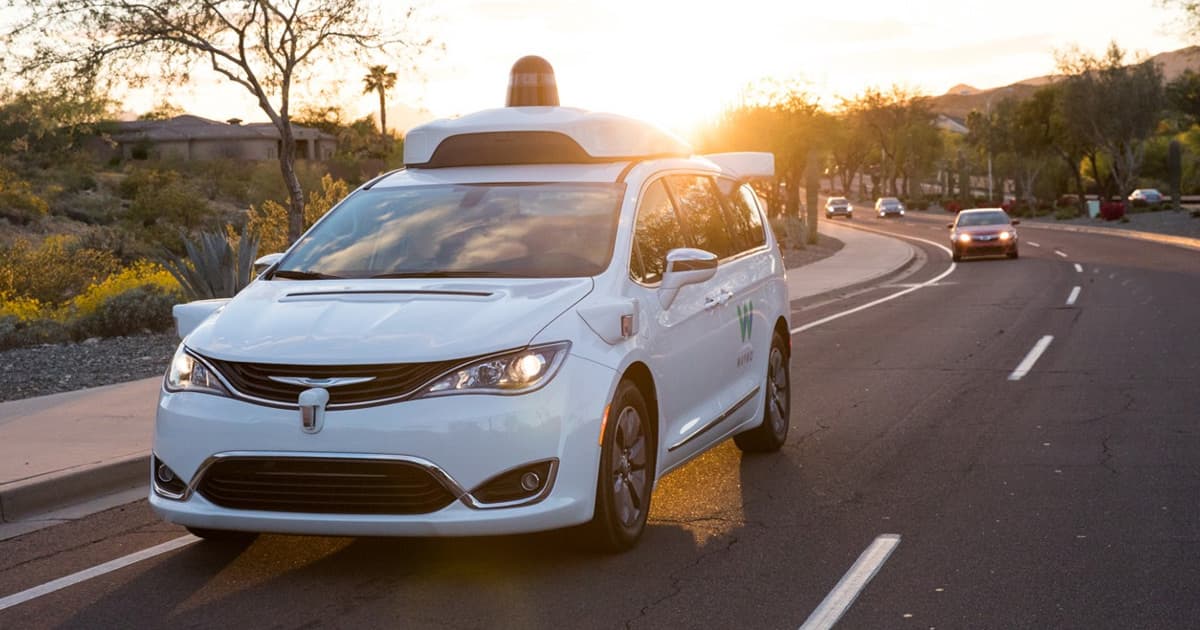 Waymo One, the self-driving taxi service operated by Google parent company Alphabet's autonomous vehicle offshoot, is back after a pandemic hiatus, and it's opening its doors to the public.

As it does, passengers will notice a stark difference.

In the past, over 90 percent of the company's rides still had a human behind the wheel who, as Futurism previously reported, often took over and drove instead of using the company's partially autonomous technology. For now, those human operators have been removed from the equation and the only people inside the vehicle will be the passengers themselves.

"We paused rides (driverless and with vehicle operators) in March due to COVID," Waymo spokesperson Katherine Barna told Futurism. "As of yesterday, we've returned with 100% fully driverless for the near term. Later this year, after we've finished adding in-vehicle barriers between the front row and the rear passenger cabin for in-vehicle hygiene and safety, we'll also be re-introducing rides with a trained vehicle operator, which will add capacity and allow us to serve a larger geographical area."

As of Thursday, the service is open to previous Waymo One users and operates within a 100-square-mile region of Phoenix, Arizona, though only half of that area allows fully-driverless rides. The company plans to expand geographically and invite new users in the coming weeks. However, Barna said that in the future, Waymo plans to put human drivers back behind the wheel for trips with new customers.

The vehicles operating without a human behind the wheel, Ars Technica reports, can still call for help from a person remotely overseeing the trip if they get stuck.

Getting fully-driverless cars on the road is a great technical accomplishment, but as Ars reports, Waymo isn't out of the woods yet. One key problem: Waymo is still massively unprofitable.

Read This Next
Kiddy League
Tesla Fans Put Child in Path of Moving Tesla on Self-Driving Mode
Self-Delusion
Experts Alarmed by Videos of Tesla Full Self-Driving Totally Screwing Up
Steering Wheels Coming Off
Automotive Lobbying Group Abandons the Term "Self-Driving"
Top It Off
Startup Says Solar-Powered Electric Car Never Needs to Charge
Ride the Lightning
This Scientist Says He's Built a Jet Engine That Turns Electricity Directly Into Thrust
More on Advanced Transport
High Tide
Friday on the byte
We’re in Awe of Amsterdam’s Huge Underwater Bike Parking Garage
Quelle Surprise!
Thursday on the byte
Of Course Elon Musk Is Pushing The Cybertruck Back Again, What Did You Expect?
Stay Away
Wednesday on the byte
New SUV Features Electrified Door Handles and Pepper Spray Guns
READ MORE STORIES ABOUT / Advanced Transport
Keep up.
Subscribe to our daily newsletter to keep in touch with the subjects shaping our future.
+Social+Newsletter
TopicsAbout UsContact Us
Copyright ©, Camden Media Inc All Rights Reserved. See our User Agreement, Privacy Policy and Data Use Policy. The material on this site may not be reproduced, distributed, transmitted, cached or otherwise used, except with prior written permission of Futurism. Articles may contain affiliate links which enable us to share in the revenue of any purchases made.
Fonts by Typekit and Monotype.