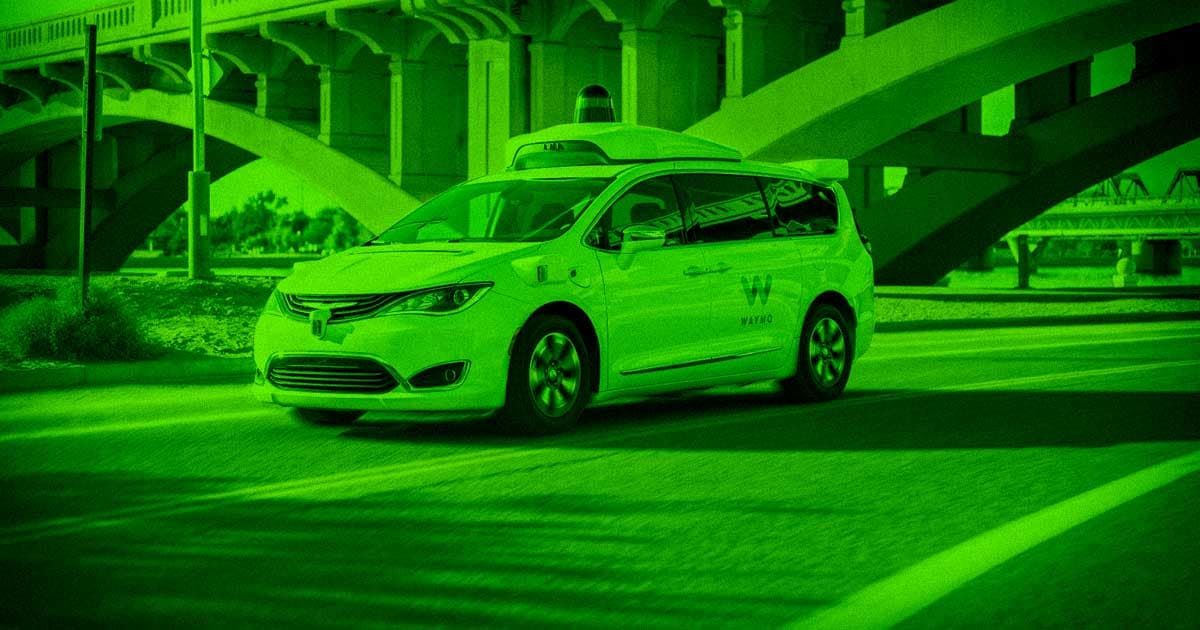 Waymo Is Taking the Safety Drivers out of Its Autonomous Taxis

Waymo, the Google-affiliated self-driving car company, has finally started to operate its self-driving taxi service without any humans sitting behind the wheel.

That means passengers using the company’s Uber-like Waymo One service might find themselves shuttled around Arizona in the back seat of an otherwise-empty minivan, as one reporter for The Verge did. Removing the drivers is a major milestone in the race for fully-autonomous transport — the vehicles are still supervised remotely, but Waymo is now confident enough in its cars to almost entirely take humans out of the loop.

Now, instead of putting a living person behind the wheel of its vehicles who could take over as needed, Waymo is trusting its software to drive safely all on its own. Though employees can guide confused vehicles through tricky scenarios remotely, the cars can apparently handle nearly everything.

Aside from a wrong turn, The Verge reports that the drive went surprisingly smoothly. Reporter Andrew Hawkins called the trip mundane — a compliment — and declared that “driverless cars are here. There’s no going back now.”

Waymo told The Verge that the process of developing self-driving cars was more complicated and took much longer than expected — a way of acknowledging all of the unfulfilled promises and hyped-up announcements that Waymo and other companies kept making along the way.

“The world is a very complicated place,” Waymo software engineer Nathaniel Fairfield told The Verge. “This is a much bigger problem than we sort of imagined it 10 years ago when we got started.”

READ MORE: Waymo’s Driverless Car: Ghost-Riding in the Back Seat of a Robot Taxi [The Verge]