Elon Musk Proves a Car Can Fit Inside the Boring Tunnel

Over the weekend he snapped a photo of a Model S in the tunnel system. 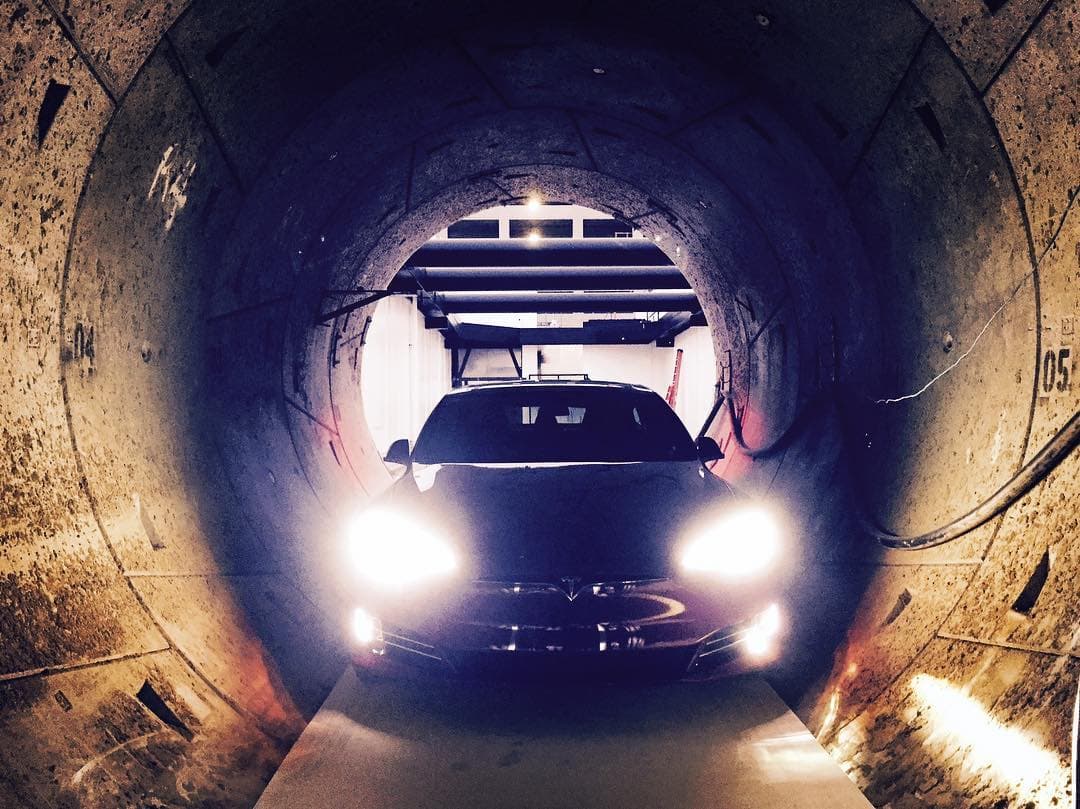 Elon Musk took to Twitter and Instagram this weekend to give a tiny update on the progress of the Boring Company tunnel being dug beneath the city of Los Angeles.

The post features a picture of a Tesla Model S situated snugly in a freshly bore hole, proving that a car can indeed fit in one of these tunnels. From the picture, it does not look like the car is sitting on one of the "electric skates" that will propel vehicles through the underground transportation network. Drivers are not expected to drive through the tunnels but, rather, to be ferried along on these platforms, reportedly allowing speeds of up to 200 km/h (124 mph).

For a while, it was unclear whether Elon Musk was playing an elaborate joke on all of us when he first proposed going underground to avoid LA traffic. Although the test tunnel remains under the SpaceX facility in Hawthorne, CA, it stands as a proof of concept for the feasibility of extending the system throughout Los Angeles — and possibly beyond.

Elon Musk and Tesla are already revolutionizing what we use to get around, so it only makes sense that he's going to try to revolutionize transportation infrastructure as well.