It could eventually hit half the speed of sound. 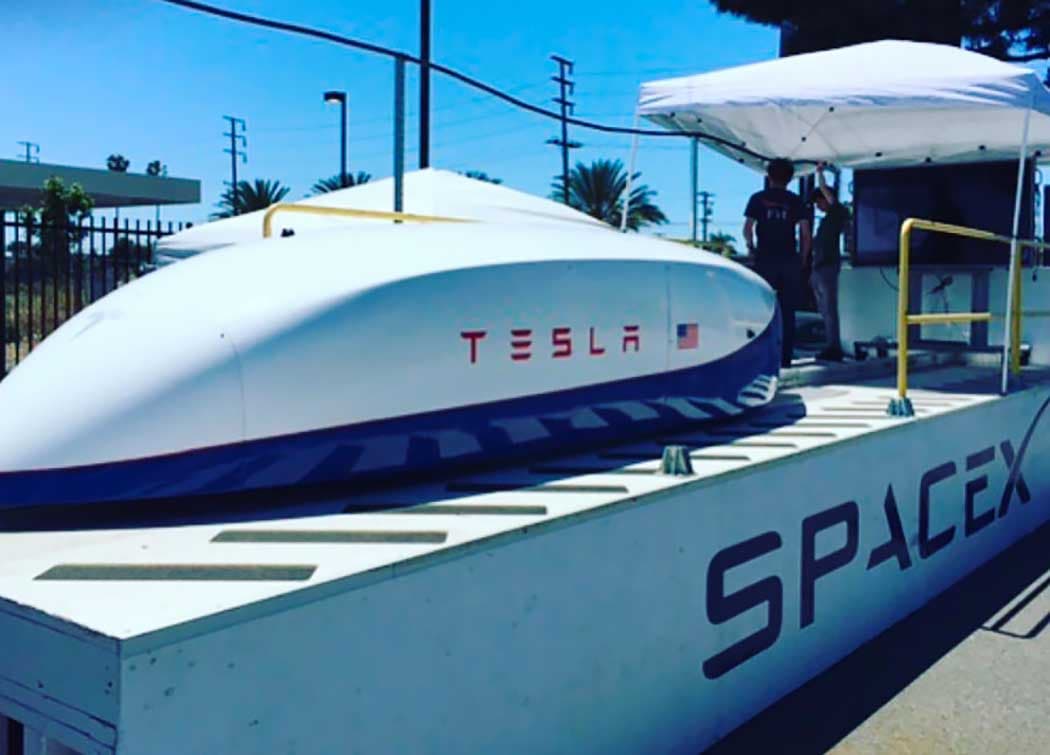 Elon Musk just made good on a promise. After announcing the winners of the second Hyperloop Pod Competition on Monday, the SpaceX founder said he would take the company's Hyperloop pusher pod for a spin this week to see what it could do when it wasn't pushing student pods. Now, we have our answer: break speed records.

In an Instagram post, Musk confirms that he broke the just-set record with the pod, hitting a speed of 355 km/h (220 mph). He thinks he will be able to hit half the speed of sound — more than 500 km/h (310 mph) — with the pod next month following a few adjustments. That would be an almost 50 percent speed increase, so no doubt the world will be waiting to see if he can make it happen.

We took the SpaceX/Tesla Hyperloop pusher pod for a spin by itself a few days ago to see what it could do when not pushing student pods (some need a push to get going, e.g. passive maglev). Got up to 355 km/h (220 mph) before things started ?. Kind of like racing with a tugboat. Maybe able get past 500 km/h (about half speed of sound) next month with a few tweaks or maybe tiny pieces …

Eventually, Musk is hoping a Hyperloop system could be used in the underground tunnels his Boring Company is developing. They recently received approval to extend their test tunnel in Hawthorne, California, by an additional ~2.5 kilometers (1.6 miles), and according to Musk, a 29-minute Hyperloop from New York to Washington, D.C. is also in the works.

If Musk has his way, underground Hyperloop routes could be added throughout the country and, eventually, the world. And to think it all started with a tweet about traffic.