A Flying Taxi Service Will Soar Through the Skies by 2018

You may need to raise your hand higher to hail this cab. 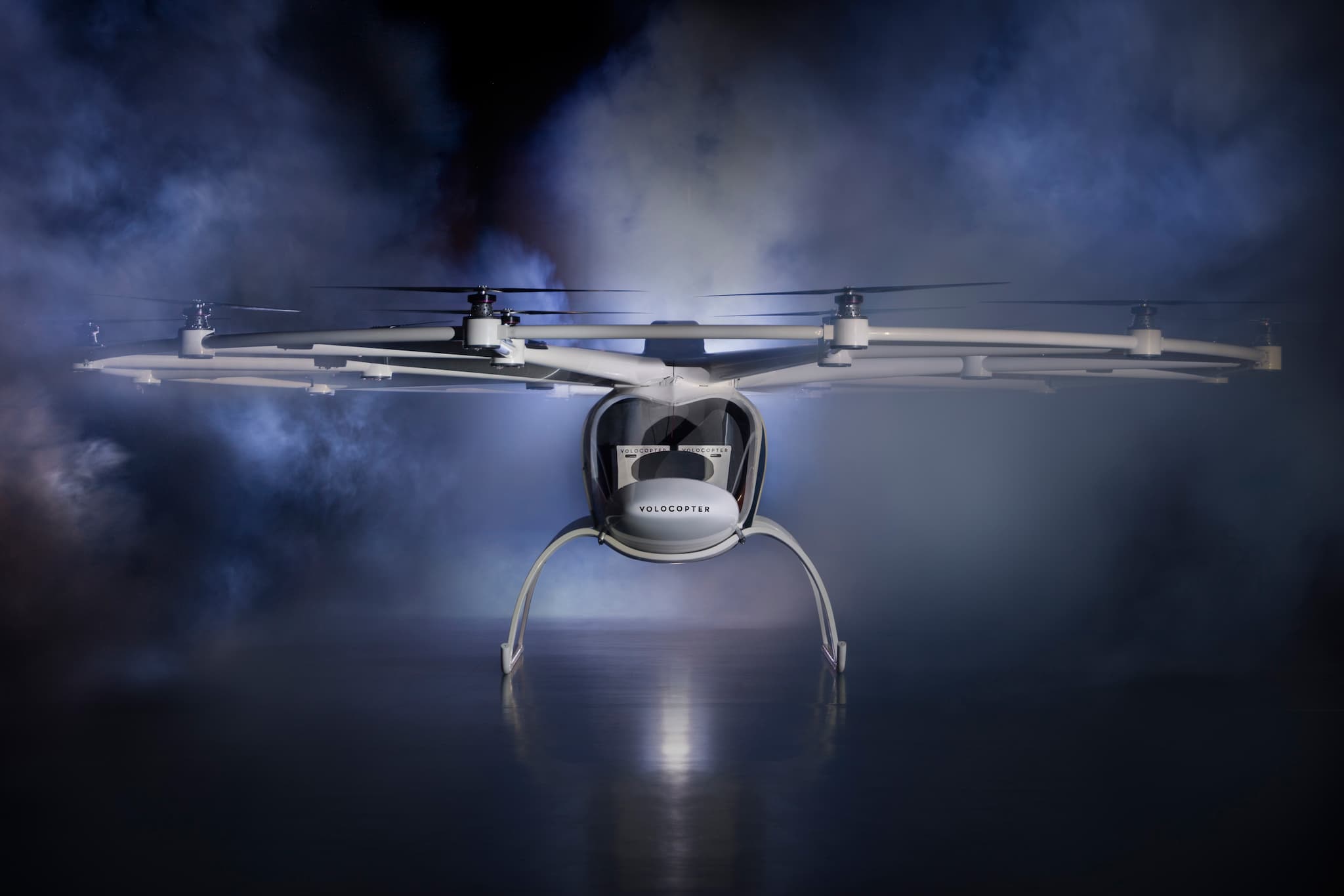 Flying to the Future

Fortunately, the wait for these futuristic vehicles may soon be over, thanks to companies like German startup E-volo. The company has been working on a vertical take-off and landing (VTOL) aircraft since 2011. Now, it is confident that it can bring its VTOL into a commercial setting.

E-volo's latest multicopter, the Volocopter 2X, is its ticket into this future. The electric aircraft is designed for two passengers and can take off using a simple joystick. Its 18 rotors allow the Volocopter to fly very, very silently.

Specs-wise, the Volocopter can reach top speeds of roughly 100 kph (62 mph), but only for a limited amount of time and across not-so-long distances. This VTOL comes with nine batteries — it's electric and clean — that give it enough power to fly at a cruising speed of 69 kph (43 mph) for a good 17 minutes.

The Future of Transportation

E-volo plans to try out a flying taxi service with the Volocopter 2X by 2018. For this first planned taxi flight, the VTOL will be manned by a pilot. However, E-volo has put sensors in the Volocopter that could allow it to eventually fly autonomously.

E-volo isn't the only company working on flying cars, VTOLs, or a flying taxi service. Popular ridesharing company Uber has been working on one, too. Big companies and startups alike have been testing their own flying vehicles: there's industry veteran Airbus, Larry Page's Zee.Aero, and a Chinese startup called Ehang. More options should make the tech increasingly more affordable.

Apart from Elon Musk, most people seem convinced that flying cars are the future of transportation, and it may be a future we reach sooner than you think.

Read This Next
Air Ferry
Paris Will Use Electric Flying Cars to Get Passengers to the Olympics
Green Flying Cars
Study: Flying Cars Could End Up Being Greener Than Electric Cars
Futurism
Flying Cars May Work Best When Tethered to Power Lines
Futurism
Here Are The Best Candidates in the Competition to Design A Personal Flying Device
Futurism
Uber Plans To Launch Flying Taxis With Technology That Doesn’t Exist
More on Advanced Transport
Kapow
Yesterday on the byte
Self-Driving Car Plowed Into Active Fire Scene, Forcing Firefighters to Smash Its Window
Netflix and Drive
Monday on futurism
Mercedes Claims to Have Achieved Level 3 Automation, Beating Tesla
Battery Trouble
Monday on the byte
Tesla "Spontaneously" Bursts Into Flames While Driving Down Freeway
READ MORE STORIES ABOUT / Advanced Transport
Keep up.
Subscribe to our daily newsletter to keep in touch with the subjects shaping our future.
+Social+Newsletter
TopicsAbout UsContact Us
Copyright ©, Camden Media Inc All Rights Reserved. See our User Agreement, Privacy Policy and Data Use Policy. The material on this site may not be reproduced, distributed, transmitted, cached or otherwise used, except with prior written permission of Futurism. Articles may contain affiliate links which enable us to share in the revenue of any purchases made.
Fonts by Typekit and Monotype.