Soon, Flying Taxis Are Going to Be Soaring Through a Sky Near You

Scientists' next problem to tackle: How do you hail a flying taxi? 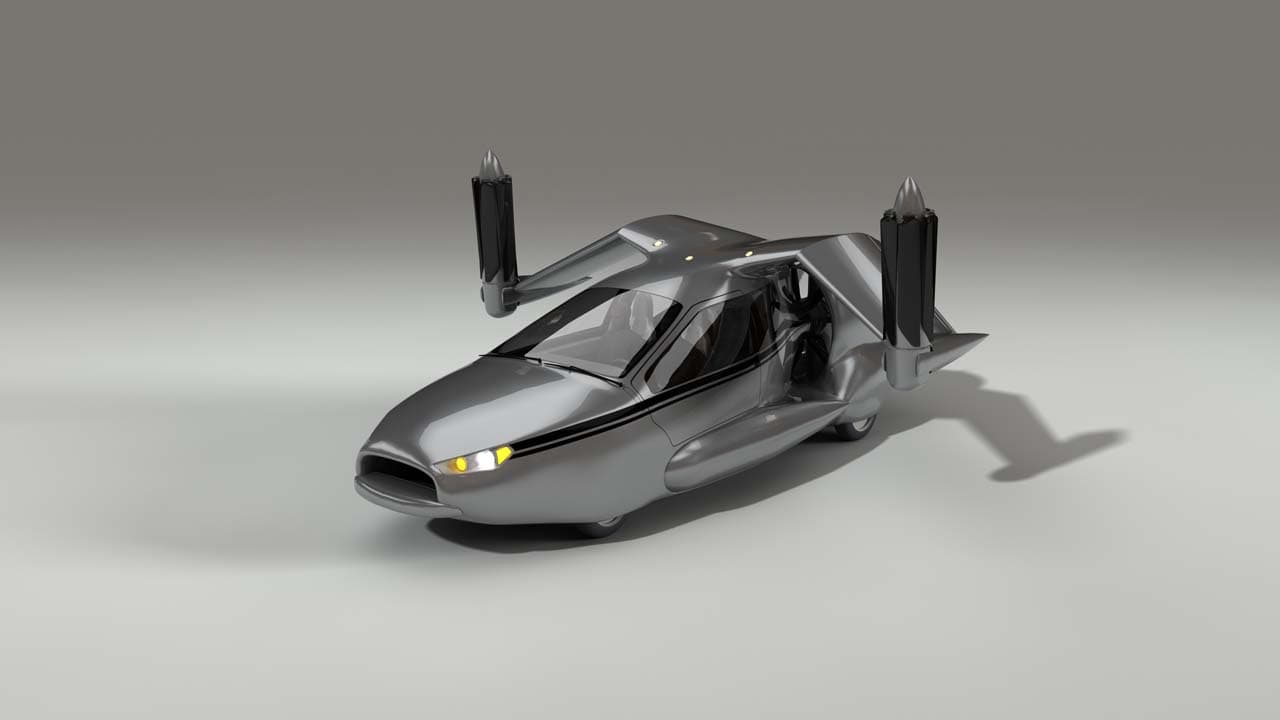 Let's open with the pretty and shiny stuff. It turns out an aerial innovator has just flown his own invention, the Flyboard Air, a whopping distance of 2,252 meters. He basically smashed through the old record of 275 meters, going at a height of 30 meters above water, at a top speed of around 70 km/h. That's an impressive achievement!

Unfortunately, it doesn't mean anything for a future of flying cars.

The main reason for my lack of enthusiasm is that the hoverboard is powered by jet fuel – A1 kerosene carried on the user's back. As long as flying cars are powered by conventional fossil fuels, they won't find their way into common use. Flying simply takes too much energy, and fossil fuels are too expensive and harmful to the environment to be used to power such wasteful activity. The only flying cars that have a chance to succeed are ones that operate on electricity, and that's only if we assume that electricity is about to become abundant due to the exponential rise in solar energy use.

So this is probably just another pretty invention, but when such inventions appear on the market one after the other, one starts to see a trend. You can't ignore the fact that aerial drones capable of carrying a human passenger begin to appear more and more on the news. Will all these innovations lead to an actual flying taxi service? Only if the two conditions I specified in the original post about flying cars come true: they need to be electric, and they need to be autonomous so that you don't have an expensive (and prone to mistakes) human pilot.

The Flying Taxis of the Future

In the last two months, exciting things have happened for e-volo: the manufacturer of the world’s first certified Multicopter (i.e. a helicopter with multiple rotors).

The Multicopter has received a permit to fly from the German authorities in February 2016. The certified Multicopter's first manned flight took place at the end of March, and ended with absolutely no issues. The pilot controlled the vehicle easily with a single joystick, and the Multicopter was stable and autonomous enough to retain its position automatically even when the pilot released his hand from the joystick.

The vehicle can reach a speed of up to 100 km/h, with 18 rotors powered by nine independent batteries, and a 450 kg take-off weight. The large number of rotors and batteries means that even if one of them fails, the Multicopter can still stay high in the air. Since the Multicopter relies on electric motors, it is one of the top candidates in the race to become the world’s first air taxi.

Which is exactly what e-volo, the company behind the Multicopter, is trying to do.

According to ASM International, e-volo is looking to create a new market of air taxi services. In the short term, they plan to use the personal vehicles on certain predetermined routes, where there will be no chance for collision. In the medium term, however, they are already thinking about providing the vehicles with autonomous capabilities, so that they will be able to go any way the passenger chooses. The passenger will pick the destination, and the AI will make sure that the air taxi brings him there safely.

There are encouraging indicators that air taxi services will indeed become reality by 2035, but the obstacles are still out there. We still need to develop more reliable personal aircraft with improved autonomous functions. Also, electric flying vehicles will still require an abundance of energy for mass-scale use, and such energy will have to come from an abundant source: the Sun. That means we’ll have to keep an eye for developments in solar energy harvesting as well. Luckily, solar energy is moving forward at an exponential rate.

So, if everything comes together just right, I still stand by my original forecast: flying taxis by 2035 it is!

Read This Next
It Was the Tesla
Manslaughter Case Has a Strange Twist: Tesla That Killed Couple Was on Autopilot
Xxplosive
Electric Bikes Have a Small Problem: They Keep Bursting Into Flames
Full Self-Delusion
Survey: 42% of Tesla Autopilot Drivers Think Their Cars Can Entirely Drive Themselves
Red Light
Godfather of Self-Driving Cars Says the Tech Is Going Nowhere
Musk Antics
Elon Musk Has a Big Problem on His Hands
More on Advanced Transport
Pizza Personnel
Wednesday on the byte
Domino's Buying Hundreds and Hundreds of Electric Delivery Vehicles
Obey the Bus
Tuesday on the byte
Tesla Full Self-Driving Caught Ignoring Stop Signs on School Buses
Gruesome
Nov 14 on the byte
Police Investigating Deadly Accident In Which Tesla Plowed Into Multiple People
READ MORE STORIES ABOUT / Advanced Transport
Keep up.
Subscribe to our daily newsletter to keep in touch with the subjects shaping our future.
+Social+Newsletter
TopicsAbout UsContact Us
Copyright ©, Camden Media Inc All Rights Reserved. See our User Agreement, Privacy Policy and Data Use Policy. The material on this site may not be reproduced, distributed, transmitted, cached or otherwise used, except with prior written permission of Futurism. Articles may contain affiliate links which enable us to share in the revenue of any purchases made.
Fonts by Typekit and Monotype.