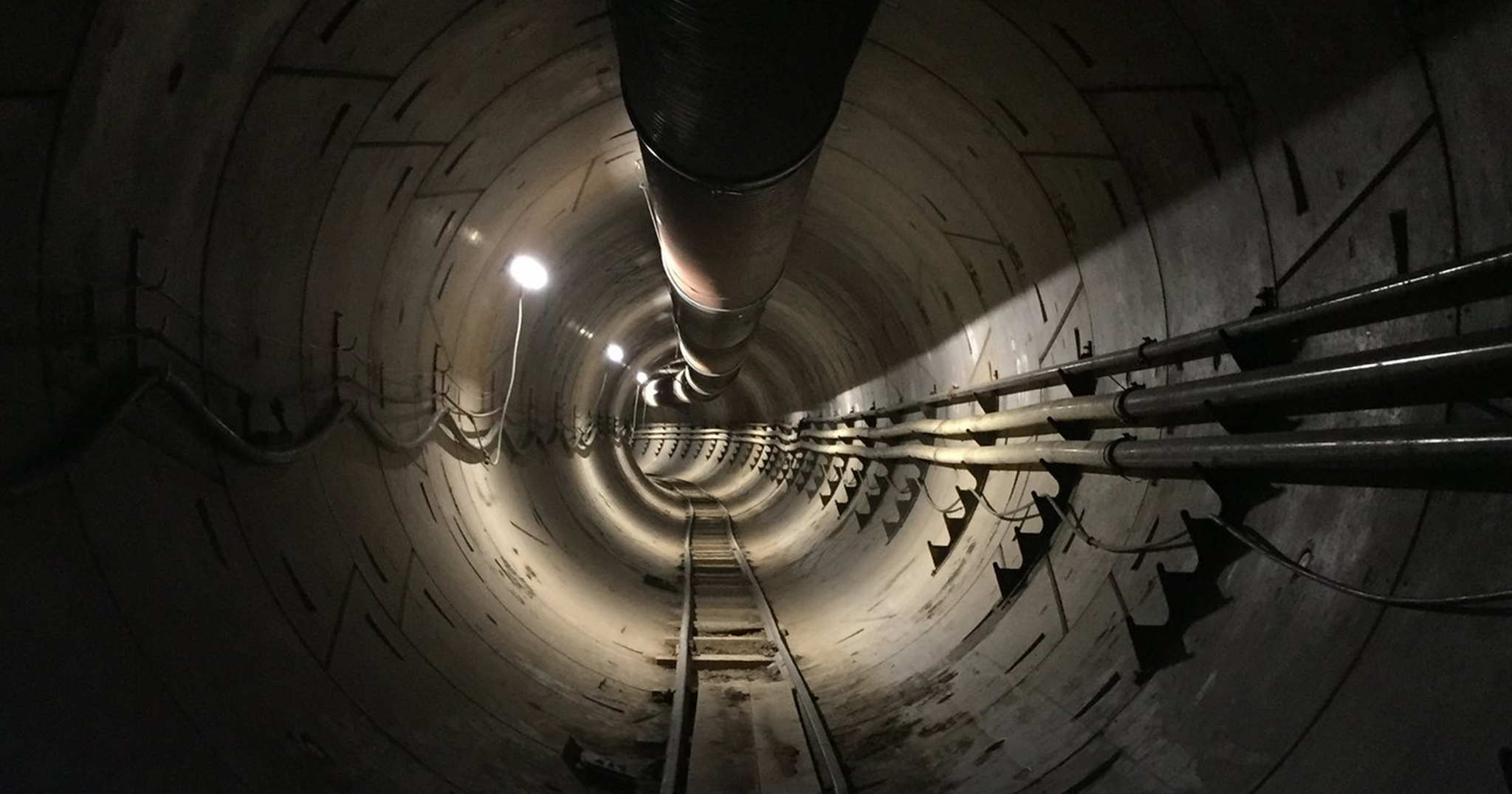 Wanna Go For a Ride?

Tesla might be hitting speed bump after speed bump in 2018, but work on CEO Elon Musk's tunneling venture is closing in on a major milestone.

On Saturday, the Boring Company released new photos of its two-mile-long test tunnel in Hawthorne, CA, and the elevator shaft it is constructing at the tunnel's midway point.

Two days later, Musk took to Twitter to deliver an update on the tunnel's progress, tweeting that the "first tunnel is almost done" and that it'll open December 10 with an "[o]pening event that night and free rides for the public next day."

The test tunnel begins at a parking lot on the SpaceX grounds and runs west for two miles, following the course of 120th Street. The midpoint shaft, which the company calls O’Leary Station, will serve as a proof-of-concept for the elevators the company wants to use to lower people and vehicles into the tunnels.

As for the free rides Musk is offering to the public, details are sparse. Will people enter the tunnel at one end and ride a pod to the other? Enter at the midpoint shaft? Will the journey be round-trip or will riders need to battle the soul-crushing traffic on the surface to return to the starting point?

Then there's the question of whether the December 10 opening is even realistic.

Musk's Twitter followers are more than aware of the CEO's penchant for overpromising and underdelivering, but when one asked if the December 10 date was "real time or Elon time," Musk doubled-down on the deadline: "I think real."

At least we won't have to wait too long to find out if he's right.

More on the Boring Company: Elon Musk Is Digging a Tunnel in a Residential Garage and Nobody Knows Exactly Why