Technology can take art (and education itself) to a whole new level. 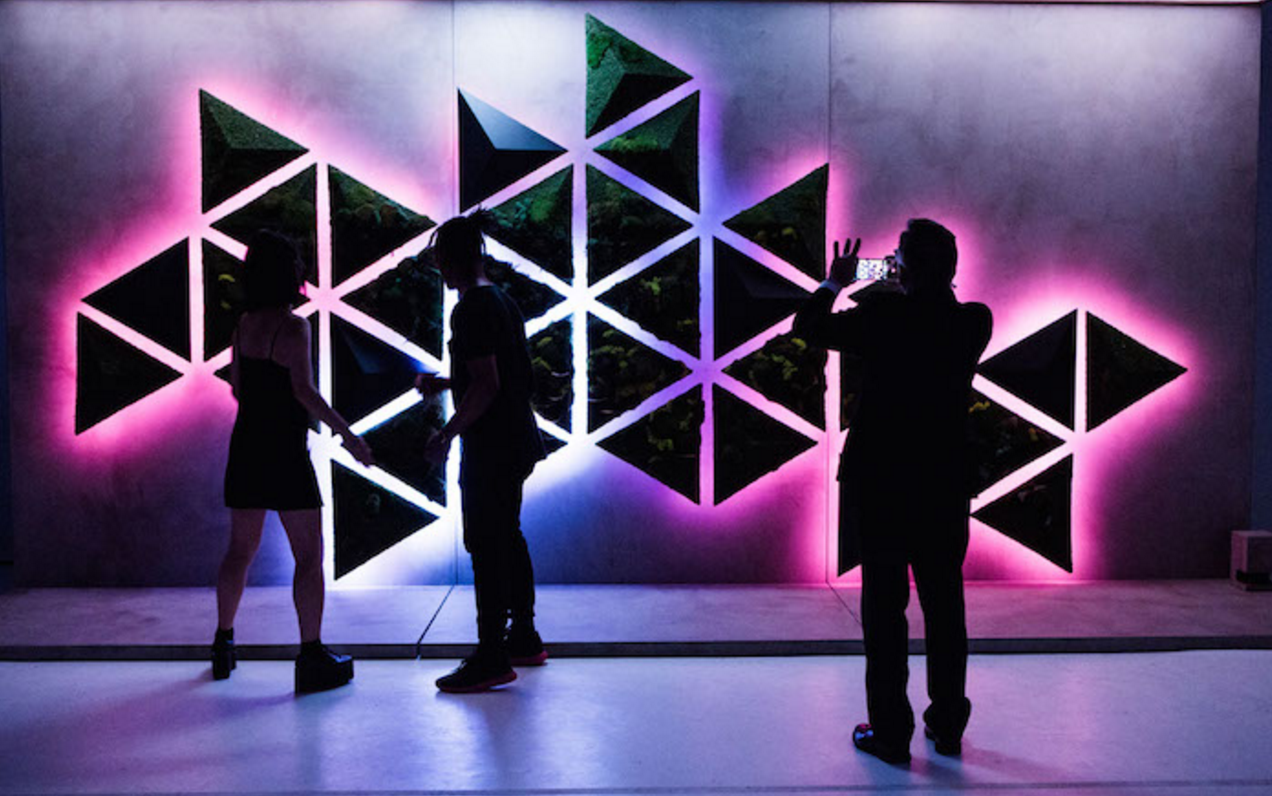 If it isn’t already painfully aware, the United States has a bit of an issue when it comes to education. No matter what international assessment you look to, the U.S. is remarkably far down on the list.

In fact, according to the Organization for Economic Cooperation and Development (OECD), of the 34 countries assessed for Mathematics, the U.S. comes in dead last (just below Israel and Hungary). The U.S. is below average in all other categories as well, including Science. According to the findings, “Students in the United States have particular weaknesses in performing mathematics tasks with higher cognitive demand….Just over one-quarter (26%) of 15-year-olds in the United States do not reach the PISA baseline of mathematics proficiency, at which level students begin to demonstrate the skills that will enable them to participate effectively and productively in life.”

Fortunately, there are a number of individuals who are dedicated to reversing this alarming trend.

Case in point, Jeremy Gough. Gough is the Executive Vice President of the Urban Arts Partnership, an organization that works with thousands of students to help ensure that they have the skills necessary for life post-graduation. And one way that they seek to do this is by uniting art and technology.

A New Way To Educate?

Gough notes the problem with our current education system, outlining the way that, in traditional academic settings, students aren’t really participants or co-collaborators: “When it comes to education, students today, especially in Title I public schools, are not engaged. Students generally are not spoken to in a way that respects their voice or respects the culture that students are actually coming from.”

To that end, students are often 'talked at,' as opposed to really having a chance to interrogate, and voice, their own ideas. That is something that the Urban Arts Partnership hopes to change.

At the present time, the organization works with nearly 15,000 students and 500 teachers between New York City and Los Angeles, and they work exclusively with Title I public schools (which means that they have a high percentages of students from low-income families).

Gough explains his views regarding how the arts could help fill in some of the gaps in our education system by noting the ways that artistic creations force students to really think about issues, their own ideas, and how to effectively represent these ideas. To that end, the arts give students a host of new opportunities:

Arts are a way to engage students that are otherwise not engaged, because it makes the core curriculum more interesting, more accessible, culturally responsive to the students that we serve, and then also project based. So everything that the students and teachers are doing in the classroom is focused through an arts project, which really lets the student have their own voice.

We’re giving students the tools to create art and also use art to engage in key social issues that affected them and their communities. The goal is to support students' academic development and also help students in their own development as human beings.

So where does technology enter in?

Gough notes that, as each year passes, technology becomes more and more entwined into our daily lives and, as a result, it is increasingly used as a method of self-expression and, perhaps most notably, it gives individuals a new way to express themselves. To that end, he states that it “pushes the boundaries of what’s possible in creative expression, allowing students to really expand their minds,” and that, together, art and technology give students a new way to speak and be heard.

In the next generation of actively involved and engaged citizens, technology and creative are absolutely going to be in match.

At Toyota's Future Forward, an event that unites art and technology in order to create an immersive experience, I met with Ita Flores, a student with the Urban Arts Partnership, and she was quick to highlight the increasing role that technology plays in artistic expression. “I think technology and art just go hand in hand, and that’s really the way the world is moving,” Flores stated. She continued by noting the ways that this is beneficial, allowing individuals to participate in the creation of art, “It’s really interesting how, with technology, art is becoming so interactive, and that just makes it that much more interesting and more memorable for people who see it.”

Abel Orellana, another student with the Urban Arts Partnership, agreed: “Technology basically opens up a whole new medium for art, because the complexity of a lot of modern technology allows people to create art in new ways. It can be a mix between sound and image, and it can be interactive. So it’s more of an experience than just, like, looking at something. There’s a lot more to it. Technology just takes art to a whole new level.”

Ultimately, the students that I spoke with all detailed how the arts have contributed to their lives, not only by allowing them to showcase their ideas, but also allowing them to better engage with the materials that they encounter in the classroom.

This is of particular relevance today, as budgetary concerns have schools slashing funding for the arts at every turn. Thus, it would be good to remember that educators have long understood that intelligence is multifaceted, and composed only through the complex interaction of a number of differing areas—an understanding of the scientific method, adeptness in creative expression and critical thought...and this is just the beginning.

In short, the arts are an integral part of the process of discovery and, ultimately, understanding. And to that end, by uniting the arts and technology, we give students a new way to understand and to discover.

Read This Next
From Our Partners
Check Out These 20 Cyber Monday eLearning Deals That Will Help Advance Your Career
From Our Partners
This Black Friday, Score an Additional 70% off your Choice of eLearning Bundles
From Our Partners
The Mere Act of Viewing Art Can Release Dopamine and Endorphins
Brands We Love
This Beautiful Cannabis Art Educates, Entertains and Decorates Your Space
From Our Partners
Never stop learning with a subscription to Brilliant
More on Sci-Fi Visions
What is Happening
Feb 1 on the byte
Elon Musk Sets His Twitter Account to Private
From the Dept. of...
Jan 30 on futurism
The Best Humidifiers of 2023
Human v. Giraffe
Jan 24 on the byte
Chaotic Italian Fashion Line Baffles Facial Recognition Software
READ MORE STORIES ABOUT / Sci-Fi Visions
Keep up.
Subscribe to our daily newsletter to keep in touch with the subjects shaping our future.
+Social+Newsletter
TopicsAbout UsContact Us
Copyright ©, Camden Media Inc All Rights Reserved. See our User Agreement, Privacy Policy and Data Use Policy. The material on this site may not be reproduced, distributed, transmitted, cached or otherwise used, except with prior written permission of Futurism. Articles may contain affiliate links which enable us to share in the revenue of any purchases made.
Fonts by Typekit and Monotype.