Nine of the the Most Amazing DARPA Projects

From a spaceplane to the BRAIN initiative, take a look at the most ambitious projects from the agency.

The Defense Advanced Research Projects Agency (DARPA) has always been at the forefront of technological advancements. Its goal: to invest in national security technologies that are likely to lead to breakthroughs. And while not every project sees the light of day, there have been many that have redefined the world we live in.

For instance, chances are you have used a GPS device in your life. Without DARPA funding, the first five initial satellites that made up the precursor constellation of what we now know as GPS would have never been launched.

There are countless other DARPA projects, and to list them all would be a fruitless exercise. So let’s have a look at some of the most ambitious ones.

The goal of the ASW Continuous Trail Unmanned Vessel (ACTUV) project is to develop a water-based anti-submarine drone that doesn’t require a single crew member on board. High-tech sensors will take care of monitoring and control from the shore.

The average soldier has to lug around a lot of weight in gear and equipment. To take off some of that weight, DARPA’s Warrior Web initiative has been trying to reduce injuries through the development of a soft and lightweight exoskeleton that protects the ankles, knees, hips, backs and shoulders of its wearer.

While SpaceX has been very successful in developing technologies allowing for space shuttles to be reused, DARPA is developing its own booster technology that has some pretty lofty goals in mind: 3,000 pounds of cargo, launching every ten days, without the cost exceeding $5 million for each launch. 12 to 15 test flights are scheduled for 2020, with planned speeds of up to Mach 5, flying ten times over ten consecutive days.

Airship company Worldwide Aeros Corp. worked with DARPA to create a semi-rigid hull airship to bring the concept of large capacity cargo transport to reality. The Dragon Dream, a preliminary test airship of half of the goal size, was built and took first flight in 2013. The full-sized airship will be theoretically able to carry up to 500 tons — over three times the weight of the next best transport aircraft in the world (the Lockheed C-5M Super Galaxy).

The technological limitations of hypersonic flight are countless, especially when it comes to maintaining supersonic speeds over prolonged periods of time. DARPA’s Falcon Hypersonic Technology Vehicle (HTV-2) was developed to overcome this significant hurdle. According to DARPA’s website, the end goal is “a capability that can reach anywhere in the world in less than an hour.” There were two test flights in 2010 and 2011, but both flights had to be cancelled prematurely before any long-duration hypersonic flight could take place. The goal of the final iteration of the Falcon HTV-2 is to fly through Earth’s atmosphere at Mach 20 (over 20,000 km/h).

More armor on ground vehicles usually results in less mobility, higher cost, a need for a larger crew, and limited mobility. What DARPA’s Ground X-Vehicles project aims to develop are off-road terrain vehicles that are capable of tackling virtually any kind of terrain, slope, or elevation while enhancing agility. Also on the checklist: improve onboard sensors to eliminate the need for windows, be nearly indetectable by infrared, make minimal noise, and give off near to no electromagnetic radiation.

Announced in 2013, the BRAIN Initiative is a massive undertaking by a number of agencies across the country, including universities, tech companies, and neuroscientists. The Initiative is comprised of a number of programs designed to lower the barriers between the human brain and the digital world. The goal is to fully understand the way the brain processes information and develop new technologies that could end and prevent disorders. 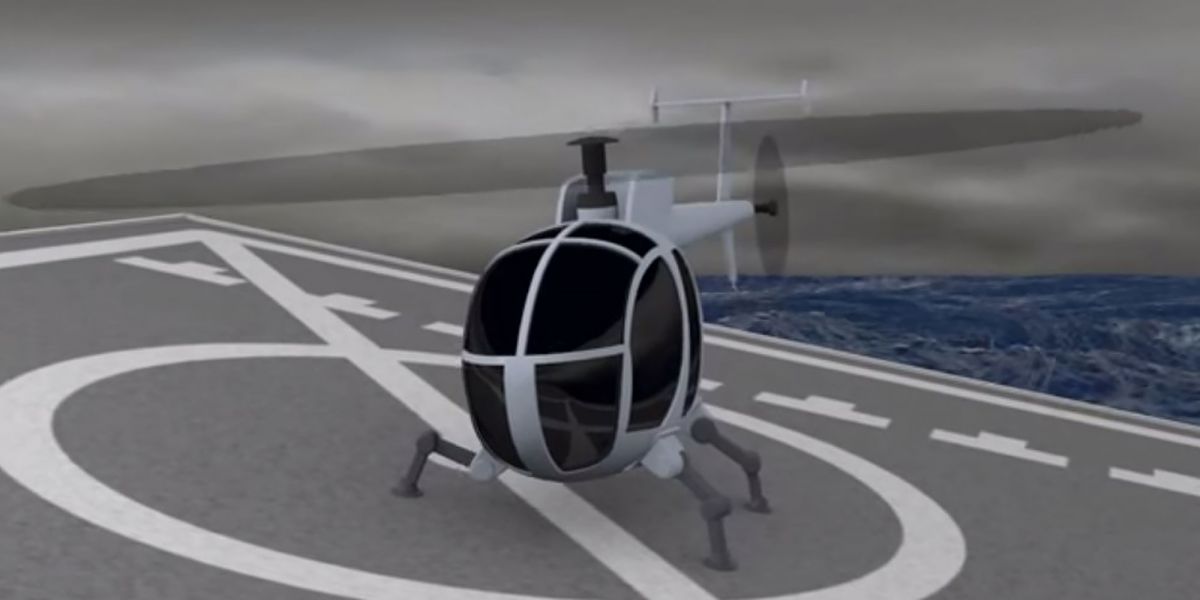 A project from 2015 aims to make landing and takeoff on uneven and moving surfaces a possibility. The conventional landing gear of a helicopter requires a stable and flat surface. A test flight took place near Atlanta in 2015, demonstrating the ability to land half on a raised platform, half on the ground through the use of a miniaturized helicopter model.

Homes That Repair Themselves

DARPA launched a program called Engineering Living Materials in the summer of 2016, with a vision to create building materials that grow. The goal is to be able to construct buildings that repair themselves and adapt to any kind of living environment.

UFOs Over Kansas City Turned Out to Be Something Strange

If You’re Looking For TV That Isn’t Dumbed Down, Try Curiosity Stream

This Dude Is Selling a Virus-Infested Laptop For $1.2 Million

Soldiers Are Training in Virtual Environments Generated From Real Cities

When It Comes To Natural Disasters, Technology Has An Unavoidable Dark Side