UFOs Over Kansas City Turned Out to Be Something Strange 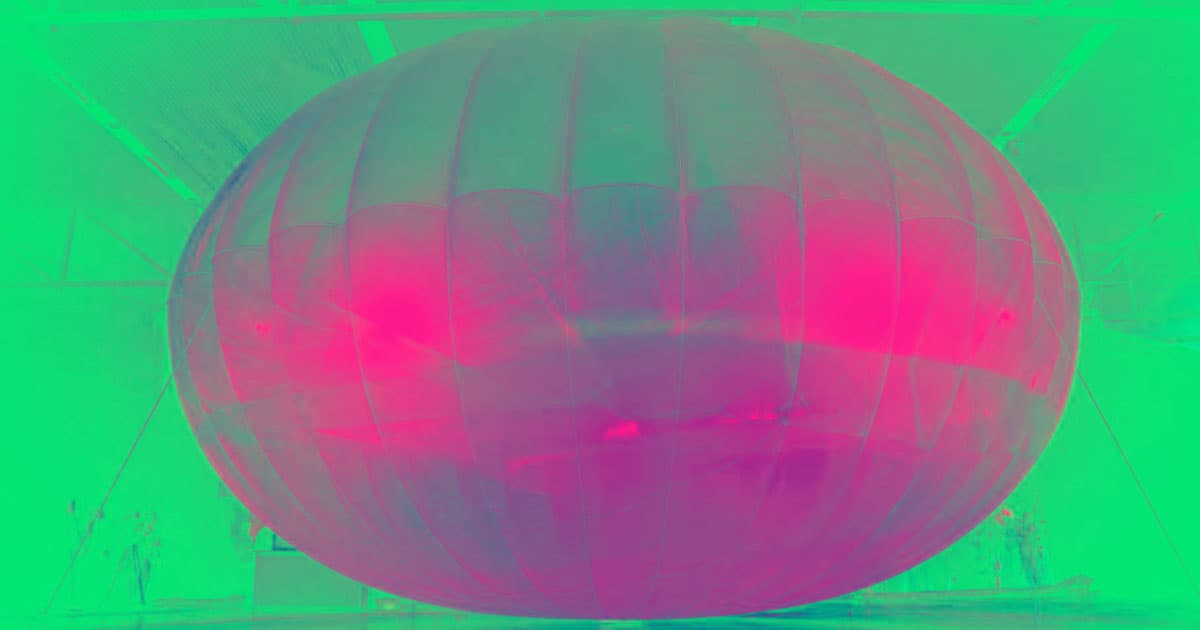 Were two mysterious white objects that were spotted in the sky over Kansas City, Missouri last night evidence of otherworldly intelligence?

Nope — instead they turned out to be evidence of a strange research project the Defense Advanced Research Projects Agency's (DARPA), Gizmodo reports, which is working on balloons that can intelligently use wind currents to steer as they stay aloft almost indefinitely.

The Adaptable Lighter Than Air balloon project is working to extend the range of wind-borne navigation systems. The balloons fly at more than 75,000 feet and can take advantage of wind movement, using a sensor that provides "real time time stratospheric wind measurements."

"We honestly have no explanation for the floating objects over Kansas City," tweeted The National Weather Service in Kansas City.

While DARPA hasn't independently confirmed that it was their balloons, a source with knowledge of the program confirmed to Gizmodo they belonged to the agency.

And before you ask, the balloons weren't part of Google's Project Loon either.

"While Loon does routinely fly balloons over the [U.S.] from our launch site in Nevada, we do not currently have balloons in the area where the sightings have been reported," Project Loon’s Scott Coriell told Gizmodo by email.

The news comes after the U.S. government is officially starting to take reports of "unidentified aerial phenomenon" more and more seriously. Just yesterday, three U.S. senators received a classified briefing on UFO sightings according to Politico.

Read This Next
Consider the Source
Pentagon UFO Report Describes Radiation Burns, Other Bizarre Claims
AI Aliens
Astronomer: Aliens Will Most Likely Resemble AI if We Ever Make Contact
LITTLE GREEN MEN, LITTLE GREEN BILLS
Economics Professor: UFOs Could Be a Big Deal For the Economy
Oh God
Trump Implies That the US Military Could Defeat Aliens If They Show Up
Look at That Thing
Navy Pilot Describes Bizzare "Tic Tac" UFO Encounter He Filmed
More on Sci-Fi Visions
From the Dept. of...
12:00 AM on futurism
The Best Humidifiers of 2023
Human v. Giraffe
Jan 24 on the byte
Chaotic Italian Fashion Line Baffles Facial Recognition Software
Step One
Jan 24 on the byte
World’s Third Richest Person Says He’s Developed "Addiction" to ChatGPT
READ MORE STORIES ABOUT / Sci-Fi Visions
Keep up.
Subscribe to our daily newsletter to keep in touch with the subjects shaping our future.
+Social+Newsletter
TopicsAbout UsContact Us
Copyright ©, Camden Media Inc All Rights Reserved. See our User Agreement, Privacy Policy and Data Use Policy. The material on this site may not be reproduced, distributed, transmitted, cached or otherwise used, except with prior written permission of Futurism. Articles may contain affiliate links which enable us to share in the revenue of any purchases made.
Fonts by Typekit and Monotype.