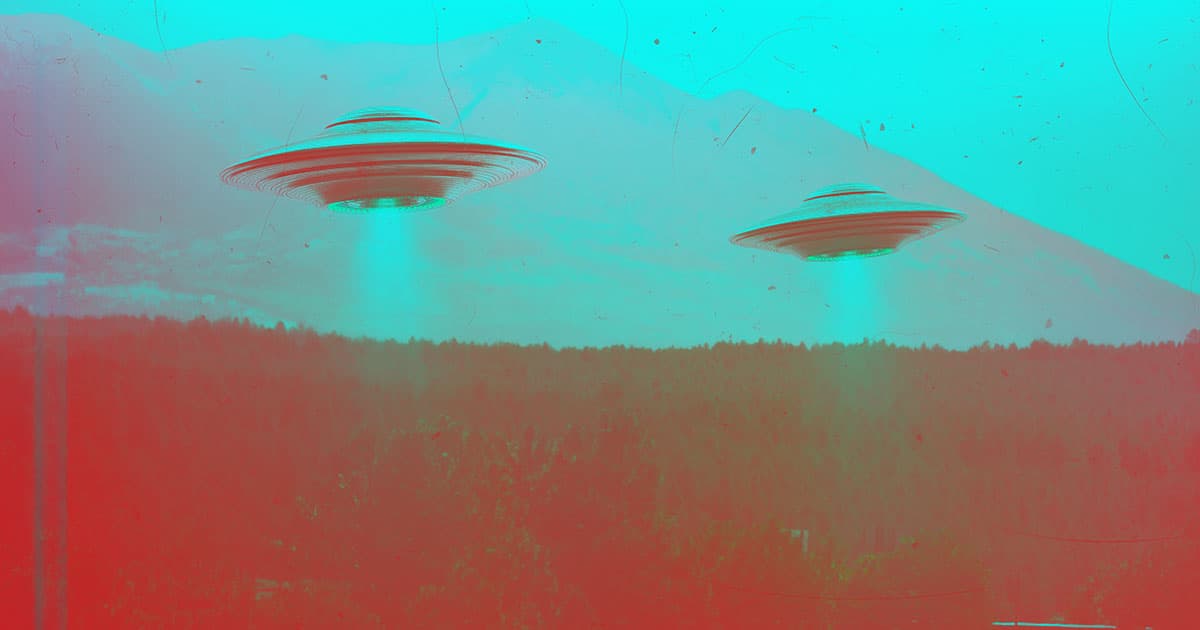 Three U.S. senators received a closed-door Pentagon briefing yesterday about UFO sightings, Politico reports. The meeting was about a series of sightings by Navy pilots of "unidentified aerial phenomenon" — yet another sign that Congress is starting to take the matter more seriously.

The news comes after reports emerged in April that the Navy is working on new guidelines for its personnel to report sightings and other encounters with "unidentified aircraft."

"If naval pilots are running into unexplained interference in the air, that’s a safety concern Senator Warner believes we need to get to the bottom of,” Rachel Cohen, a spokesperson for Mark Warner (D-VA), vice chairman of the Senate Intelligence Committee and attendee of the briefing, said in a statement, as quoted by Politico.

Last week, President Donald Trump told ABC that he, too, was briefed on the UFO sightings.

"I want them to think whatever they think," Trump said in an interview. "I did have one very brief meeting on it. But people are saying they’re seeing UFOs. Do I believe it? Not particularly."

The news also comes after The New York Times published a report of pilots encountering "strange objects" that have "no visible engine or infrared exhaust plumes," but could reach "30,000 feet and hypersonic speeds."

"It doesn't matter if it's weather balloons, little green men, or something else entirely — we can't ask our pilots to put their lives at risk unnecessarily," Cohen told CNN.

Balloon News
China Says "Spy Balloon" Soaring Over America Is Completely Innocent
Friday
Read More
Okay Then
Millionaire Refurbishing Cold War Radar Unit to Hunt UFOs
7. 7. 22
Read More
Out There
Former Pentagon Officials Say Family of UFO Investigator Reported Creature Peering into Their House
3. 9. 22
Read More
+Social+Newsletter
TopicsAbout UsContact Us
Copyright ©, Camden Media Inc All Rights Reserved. See our User Agreement, Privacy Policy and Data Use Policy. The material on this site may not be reproduced, distributed, transmitted, cached or otherwise used, except with prior written permission of Futurism. Articles may contain affiliate links which enable us to share in the revenue of any purchases made.
Fonts by Typekit and Monotype.