SpaceX is Launching Its Third Mission in Just Nine Days

This launch won't be utilizing pre-launched rockets, however. 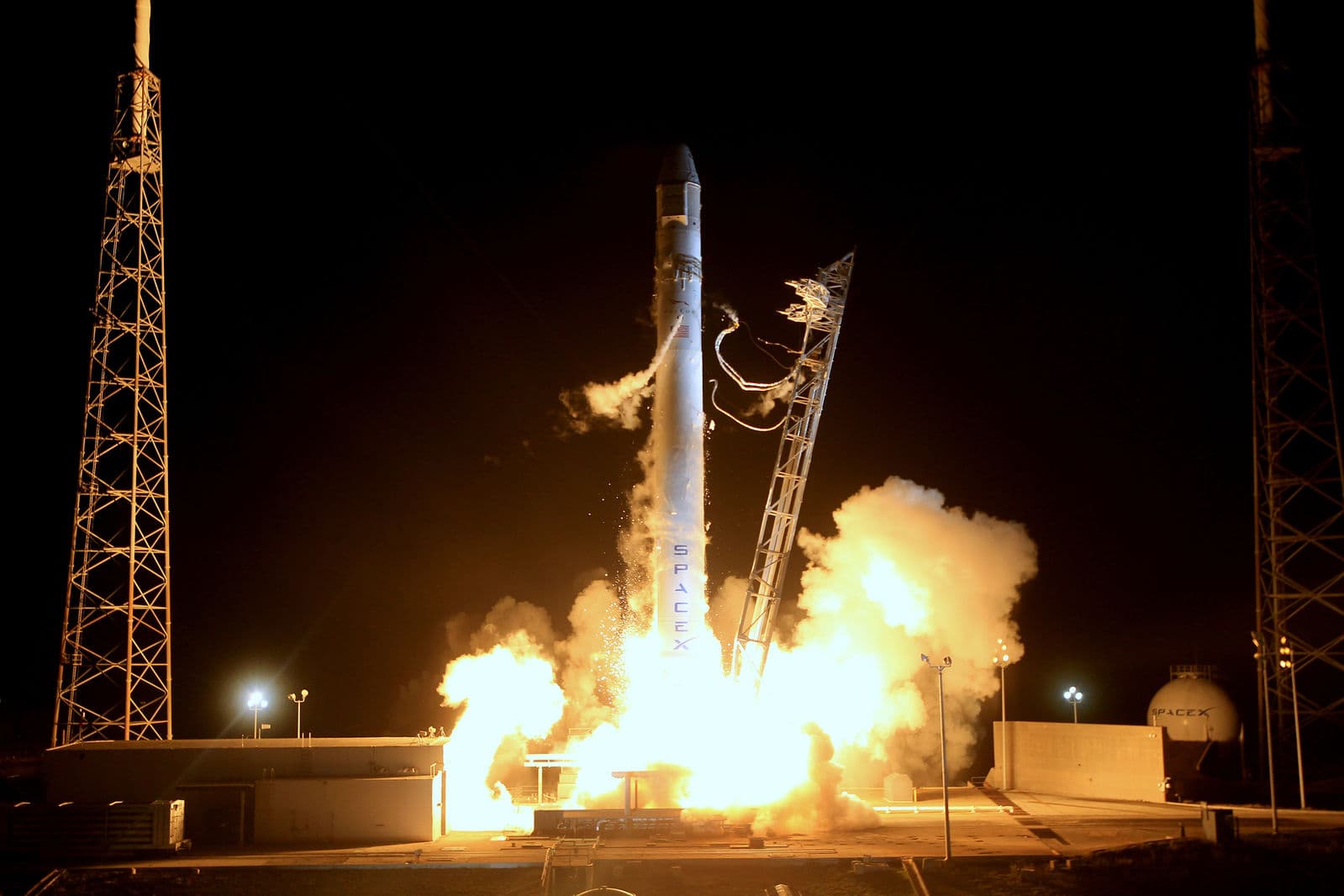 SpaceX is gearing up for yet another launch into space this weekend — weather-permitting. Sunday's launch will be the third for SpaceX in just nine days, and the 39th Falcon 9 rocket launch. The mission is to put a massive communications satellite into orbit for the company Intelsat. Takeoff is scheduled for tonight at 7:36 PM EDT from Kennedy Space Center in Florida. You can watch the launch live at Space.com.

What sets this launch apart from the other recent missions is that the client is not interested in utilizing reusable rocket tech. Ken Lee, senior vice president for space systems for Intelsat said, "I would have no qualms about using the pre-flown hardware in the future once they have fully demonstrated their reusability," which he defines as "[t]ypically...a minimum of three." As of now, SpaceX has managed to launch and land a reusable rocket twice. Also, given the heft of the satellite, the booster will not have enough fuel to make the journey back to the surface.

Another SpaceX launch today if weather is good https://t.co/UdUYn8Kf0C

Burning Through the Backlog

SpaceX did have a sizable backlog of planned launches due to the unfortunate catastrophe where a Falcon 9 rocket exploded at launch. However, in the first half of 2017, SpaceX has already broken its previous record for launches in a single year. They are planning for a total of 20 launches before the end of 2017. This is important to Intelsat, and likely other entities looking to use SpaceX's tech to get into space. "What's important for us is not whether you launch every other week, but [that] once you plan, you execute to that plan," Lee said.

Read This Next
Shot Well
Head of NASA Relieved to Hear Elon Musk Isn't REALLY Running SpaceX
Space Billboards
Russian Scientists Propose Plan to Launch Huge Advertisements Into Orbit Over Cities
Makeover Scene
Space Tourist Says He's Thinking About Flying SpaceX Craft Up to Fix Hubble
Grain of Salt
There's a Huge Problem With Elon Musk's Promise to Bring Starlink to Iran
Sluggo Mode
SpaceX Has a Major Problem With Its Starlink Internet Connections
More on Off World
Exoplanet Dance
Yesterday on the byte
Scientist Releases Amazing Video of Exoplanets Orbiting Distant Star
Space Junk News
Yesterday on the byte
Two Large Chunks of Space Debris Just Almost Collided in an Epic Disaster
Mars Drop
Yesterday on the byte
NASA's Mars Rover Perseverance Just Dropped Off Its Last Sample
READ MORE STORIES ABOUT / Off World
Keep up.
Subscribe to our daily newsletter to keep in touch with the subjects shaping our future.
+Social+Newsletter
TopicsAbout UsContact Us
Copyright ©, Camden Media Inc All Rights Reserved. See our User Agreement, Privacy Policy and Data Use Policy. The material on this site may not be reproduced, distributed, transmitted, cached or otherwise used, except with prior written permission of Futurism. Articles may contain affiliate links which enable us to share in the revenue of any purchases made.
Fonts by Typekit and Monotype.