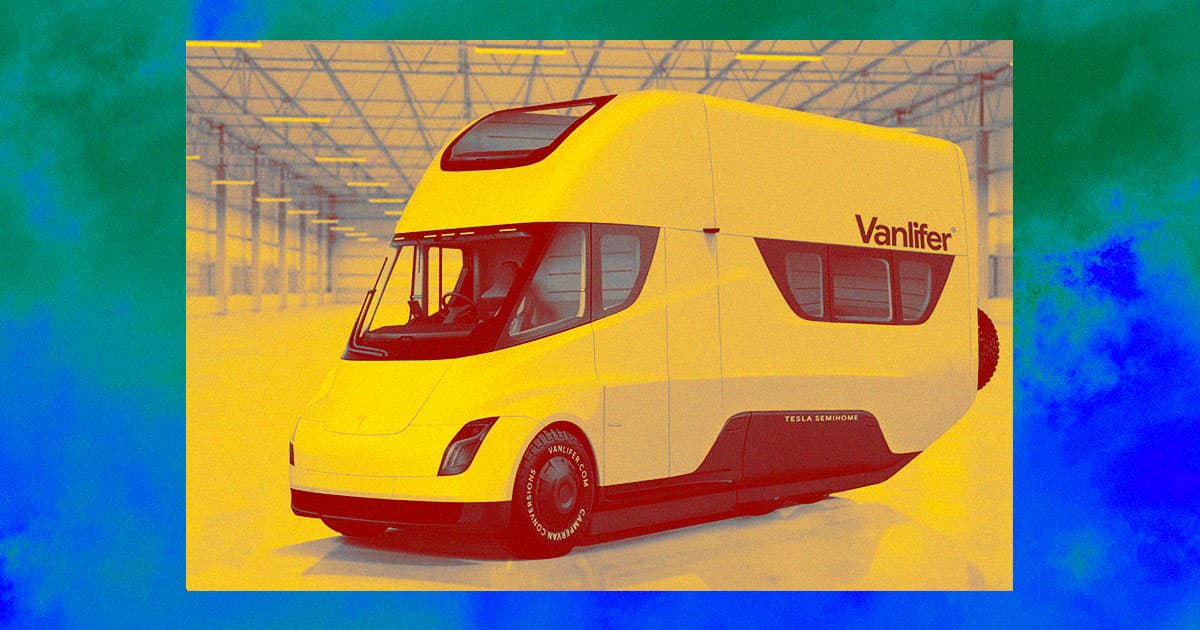 Soon, you might not just be able to drive a Tesla — you may also be able to live in one.

A startup called Vanlifer believes Tesla's in-development Semi truck could become the world’s first long-range, all-electric motorhome — with a few modifications it took the liberty of hashing out in a new concept design.

But don't expect the motorhome to come cheap. The version of the Tesla Semi with a 500-mile range is expected to sell for $180,000, and then there's the added cost of making it livable — which Vanlier doesn't estimate in its blog post on the concept.

As for why Vanlifer would want to use a Tesla Semi as the basis for a motorhome, it sees value in both the vehicle's range and its autonomous features.

"Not only does the Tesla Semi promise a fuel saving of $200,000 over two years, it’s range of up to 500 miles (fully loaded) makes it ideal for motorhomes," the company wrote in its blog post, adding that "the enhanced autopilot also has us really excited as it means the driver has more time to take in the scenery of the drive, rather than worrying about the driving itself."