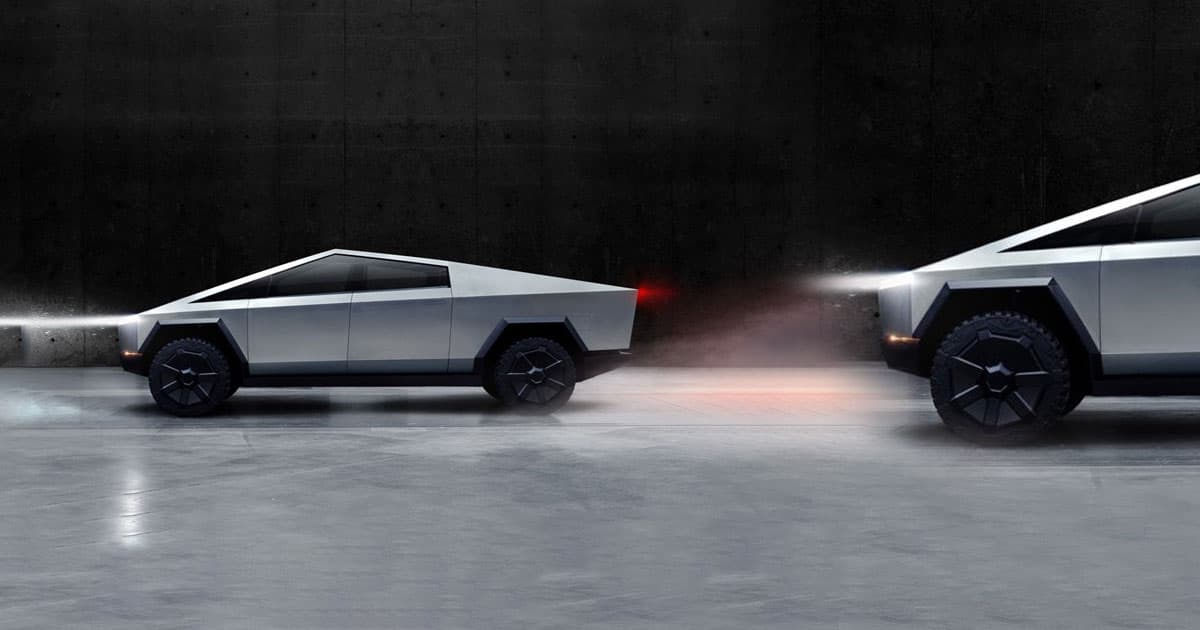 "The goal is to kick the most amount of ass possible with this truck."

"The goal is to kick the most amount of ass possible with this truck."

According to Tesla CEO Elon Musk, the electric car company is “highly likely” to produce a smaller version of its long-awaited Cybertruck for the European market, as Electrek reports.

When asked if there will be a smaller version for the EU on Twitter Tuesday morning, Musk responded “highly likely down the road.”

One Twitter user suggested that “reducing width is more important than reducing length, at least when it comes to cities,” on Twitter, which Musk replied to with “true.”

The news comes after Tesla decided not to shrink the Cybertruck by three percent in May after Musk sat down with chief designer Franz von Holzhausen.

It’s still unclear how big a European Cybertruck will end up being — let alone if or when such a vehicle will ever roll off the lot.

Everything is Bigger in Texas

What is clear, as Electrek points out, is that the American pickup market dwarfs truck sales in Europe. Without a major market, it’s less likely Tesla will attempt to scale down the Cybertruck for the EU market.

“We’re really, fundamentally making this truck as a North American ass-kicker, basically,” Musk told Automotive News in an interview earlier this week. “The goal is to kick the most amount of ass possible with this truck.”

As of right now, over 200,000 people have signed up to reserve a Cybertruck, according to Musk — a number that may be subject to change, but still shows a healthy appetite for such a vehicle in the US.

More on the Cybertruck: Cybertruck Metal Can Be Etched, Heated Into a Rainbow