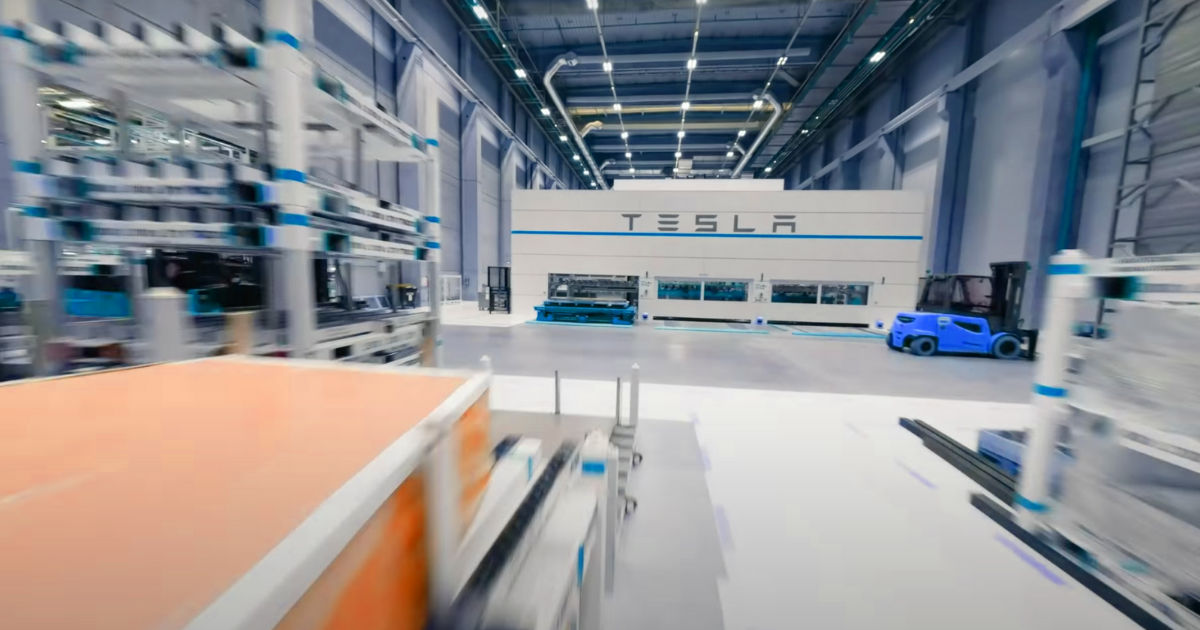 Watch a Drone Fly Directly Through the Tesla Assembly Line

If you ever wanted to ride a 3D or VR Tesla-themed roller coaster, this killer new video the electric car manufacturer released yesterday on their official YouTube channel is as close as it gets.

The 2-minute clip whisks us right through the heart of the swanky new Tesla Gigafactory in Berlin, guided by what's gotta be one of the best drone pilots out there. The pilot isn't personally named but the company responsible is Skynamic, a drone company that just posted Elon Musk's wacky new dance video with a drone.

Skynamic tweeted that clip out for those brave of heart enough to watch the Tesla and SpaceX CEO's awkward moves.

The video opens with footage of parked Tesla vehicles, then the drone swoops through a door to the factory. The camera squeezes through tight assembly lines, expertly waiting for robotic arms to move out of the way before continuing. Viewers see the entire assembly process and footage of finished cars before the drone streaks out of the building.

Seeing the factory come to life must be relieving for Musk, who recently faced more than 400 complaints from locals who weren't happy about their new neighbor. Some Germans even protested its opening.

But the show goes on. According to digital pub Green Car Reports, Tesla began delivering finished cars in March earlier this year.

Whether you're a Tesla stan or not, give this video a watch. Big ups to the team who filmed it — you'd give Luke Skywalker a run for his money.