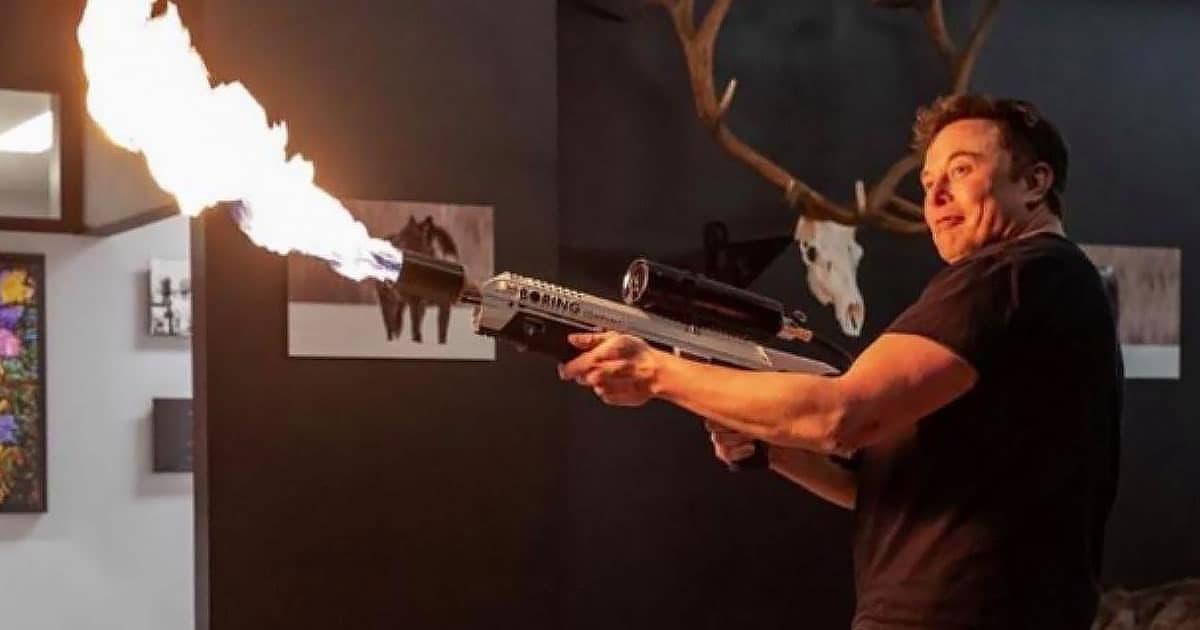 So it's come to this.

So it's come to this.

SpaceX CEO Elon Musk managed to claw his way back into the discourse yet again after challenging Russian President Vladimir Putin to “single combat” — and now, he’s threatening to bring a Boring Company flamethrower to the Thunderdome.

The billionaire took to Twitter to reply to a post from Russian space chief and biggest smack talker Dmitry Rogozin that seemed to criticize Musk’s challenge. The tweet was on brand for the Tesla CEO, even coming in a meme format.

I see you are a tough negotiator!

Ok, you can have 10% more pay per view money. pic.twitter.com/Nrbkz9IsTP

The meme seemed to imply that Musk would be willing to bring a flamethrower to the fist fight — or, at the very least, a bear fight, according to the animal it shows Putin riding. While he‘s presumably joking about the whole thing, it seems to be the first time Musk has directly threatened the life of a public official — and an ex-KGB agent no less — with his flamethrower.

Interestingly, this type of escalation is likely a flagrant violation of Twitter’s terms of services forbidding threats of violence, though it’s unclear how the element of parody, not to mention Putin and Musk’s status as public figures, will affect any internal discussion there. So there’s a real-but-remote possibility that Grimes’ ex-boyfriend gets suspended from the platform for the tweet — which would be almost as dramatic as a bear vs flamethrower throwdown.

After all, Musk wields Twitter like an extension of himself, using it to manipulate markets, engage in pugilistic feuds, and drive conversation in a way that nobody has ever done before… well, almost nobody.