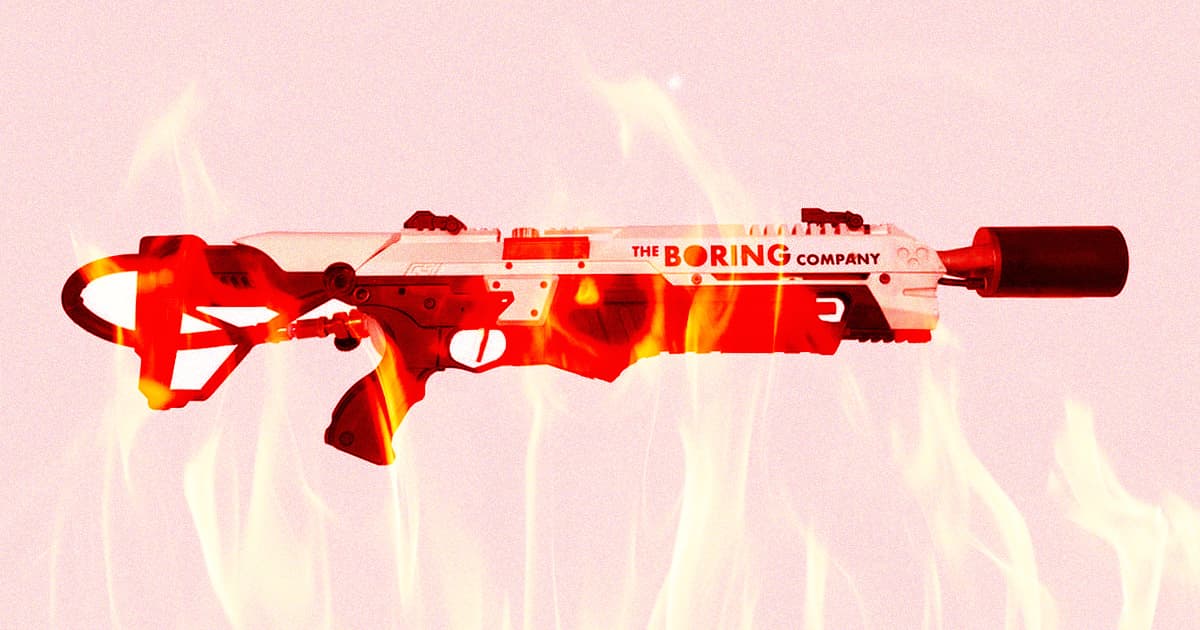 It likely wasn't the intention of Boring Company CEO Elon Musk to get anyone thrown in jail abroad.

Yet in June 2018, Musk chose to sell 20,000 flamethrowers with the tongue-in-cheek name "Not a Flamethrower" under the tunnel-digging brand. The not-flamethrowers were a huge success, selling out almost immediately.

But some chose to take their new glorified propane-burning barbeque starters on holiday outside of the US — and that's where things started to get messy quickly, as TechCrunch reports in a fascinating new feature.

For instance, there was US citizen Max Craddock, who took his Boring Company flamethrower on a private party bus in the Sardinian port city of Olbia in Italy. Italian law enforcement was not impressed, and promptly arrested him.

Craddock spent almost a week in jail, as he recounted to TechCrunch, where he faced up to ten years in prison, since the possession of a flamethrower is illegal in Italy.

"It’s not a weapon of war," Craddock's lawyer told investigators, as quoted by TechCrunch. "It’s a toy they sell to children."

Luckily, Craddock got away with it. After a week in jail, he took the first plane home. "My lawyer asked the judge, 'Do you really want to be the guy on international news keeping an American in jail over this toy?'" Craddock told TechCrunch. "I think that was the key to getting me out."

In all, TechCrunch reports that more than 1,000 Musk flamethrowers have been seized abroad.

Democratic lawmakers in New York introduced a bill in 2019 that would criminalize owning and using such a gizmo. The bill however has yet to be delivered to or signed by state governor Andrew Cuomo — meaning that in the more weapon-friendly United States, the fate of consumer-oriented flamethrowers remains unclear.

READ MORE: Elon Musk said it was ‘Not a Flamethrower’ [TechCrunch]