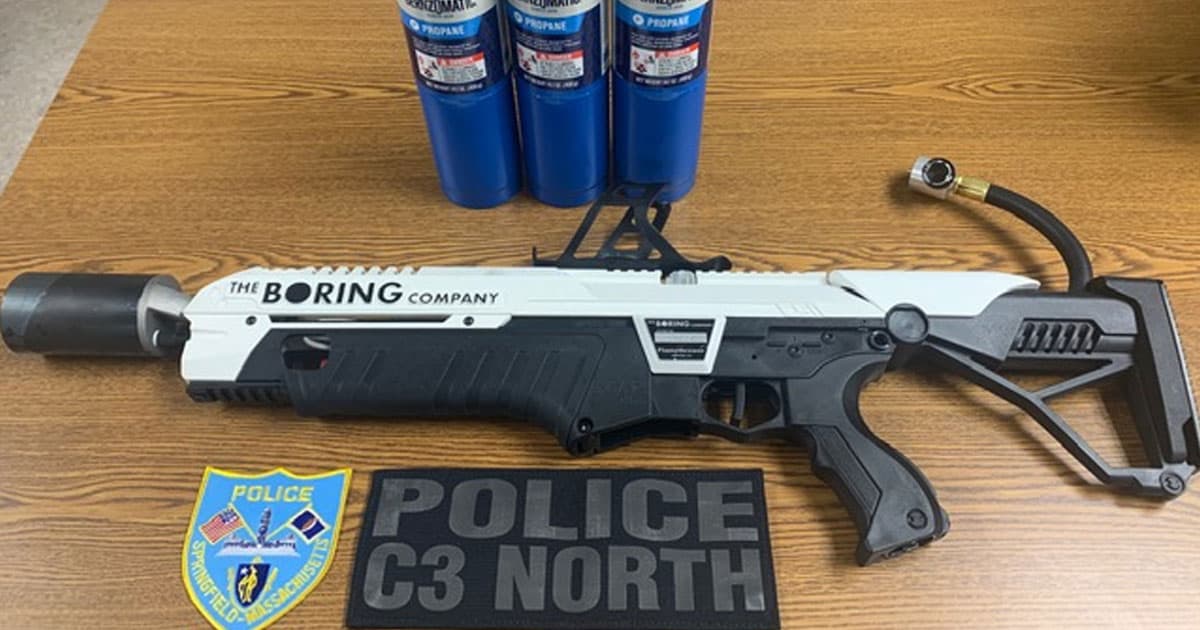 Well, the street finds new uses for things — and now police in Massachusetts say they seized one of the Boring Company flamethrowers during a routine traffic stop.

Springfield Police say they found the weapon during a traffic stop early on Sunday morning. They say the pulled the car over when they saw a passenger standing up and recording video through the open sunroof, and that the vehicle didn't have an up-to-date inspection sticker.

The cops say they  saw what appeared to be a firearm under the front passenger seat, but that on closer inspection it was a flamethrower that a passenger in the car said belonged to him. They also say they found three canisters of fuel, and charged the owner with carrying a dangerous weapon with an active warrant and, amazingly, "possession of an infernal machine."

Musk raised eyebrows in 2018, when his Boring Company venture quickly sold out 20,000 of its $500 "Not a Flamethrower" units — which, contrary to the tongue-in-cheek name, are actually functional flamethrowers.

This isn't the first time the devices have popped up in unexpected places. Not long after the devices shipped, CNN spotted some of the weapons for sale on eBay.

More on flamethrowers: Get Ready: “Flamethrower Drones” Are About to Go on Sale