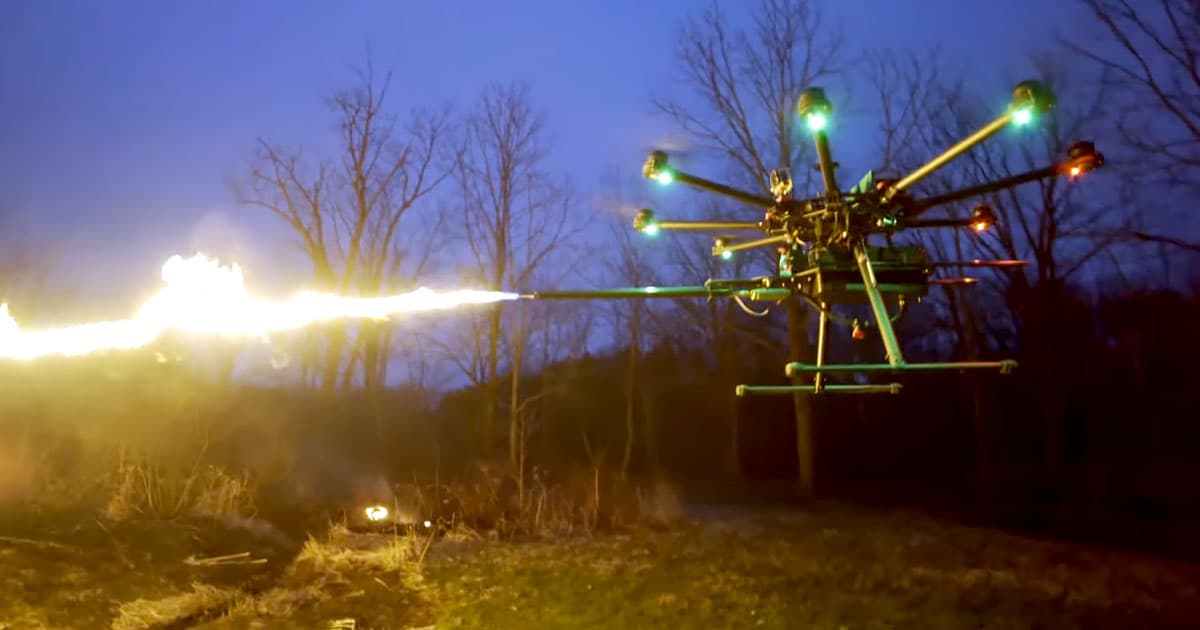 Get Ready: "Flamethrower Drones" Are About to Go on Sale

Eat your heart out, Elon Musk.

Eat your heart out, Elon Musk.

Quick: close your eyes, and focus on the greatest problem facing the world today. If you, like us, thought about how you can't buy a fully-functional flamethrower attachment for your drone, you're in luck!

That's because Throwflame, a company that makes, well, flamethrowers, is poised to release the TF-19 WASP on Thursday, according to The Verge. That's a $1,499 fully-functional flamethrower attachment for drones that can shoot a 25-foot stream of fire for 100 straight seconds — which is troubling news for those of us who enjoy not being on fire.

Throwflame says that these fireslinging drones will be good for agricultural burns, grassland management, obliterating wasp nests, and, ironically, training firefighters, per BoingBoing.

For people who are getting bored of their Boring Company "Not a Flamethrowers," it's important to note that the TF-19 WASP isn't a full drone — it's just the flamethrower attachment. But fret not, because Throwflame says it'll soon also begin selling fully-assembled, firebending drones for $1,000 to $10,000, depending on what customers are looking for.

In the meantime, we think we'll stay inside for a bit.

READ MORE: The flamethrower drone will soon be a thing you can buy [The Verge]