One reason? Santiago's home district was recently ravaged by wildfires. 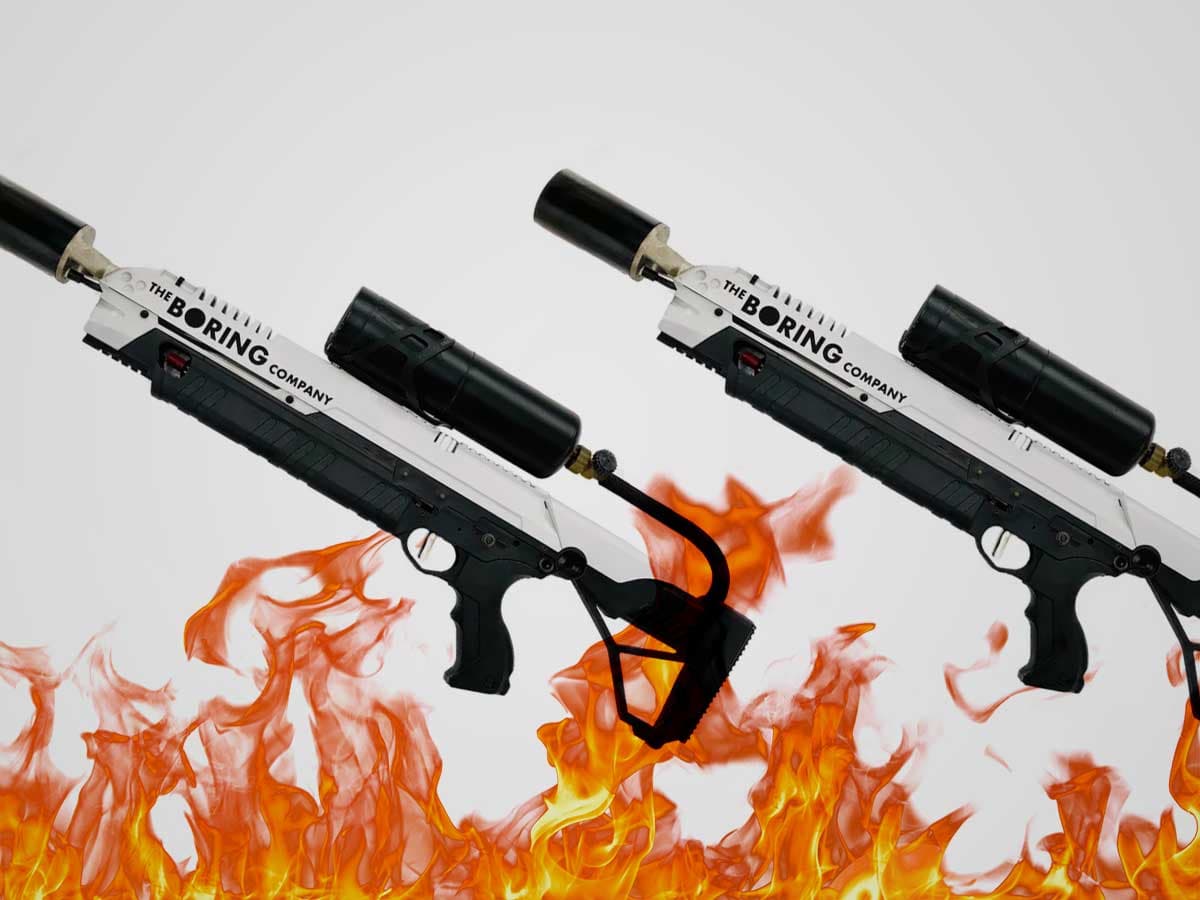 20,000 people recently spent $500 a piece on a whimsical indulgence: flamethrowers from Elon Musk. In December 2017, Musk Tweeted about selling flamethrowers from the Boring Company, his business venture (ostensibly) created to dig tunnels for future modes of transportation.

And then, to the incredulity of many, the flamethrowers actually went on sale. And sold out in four days. And if you didn't think 20,000 people could find uses for a $500 flamethrower, you either wildly underestimated the distribution of wealth, fiscal responsibility, or the amount of people who have ever tried to emulate anything anyone's ever done on an episode of Jackass.

But there are at least preliminary indications that the flamethrower won't be allowed everywhere its purchasers may live. In a statement Tweeted by L.A. Times reporter Liam Dillon on January 29, California Assemblyman Miguel Santiago (D-Los Angeles) plans to introduce legislation that would ban Musk's flamethrower from being sold in California.

The statement is light on specifics about how exactly the state will ban the flamethrowers. But Santiago has pretty decent reasons for opposing widespread ownership of the devices. For one thing, they would be a huge threat to public safety. Do you want to imagine even a single person running around wherever you live with a device that's literally no longer used in war due to its sheer destructiveness? Santiago's wording is a bit more diplomatic.

There are many times in which technology and inventions benefit society, but are not made available to the public. We don't allow people to walk in off the street and purchase military-grade tanks or armor-piercing ammunition... I cannot even begin to imagine the problems a flamethrower would cause firefighters and police officers alike.

The point about the effect on firefighters is especially poignant, since Santiago's home district was recently ravaged by wildfires, causing $1 billion in damage. And that's far from the first time California, in the midst of a deep drought, has been ravaged by wildfires over the past few years. Throwing even just a few more flamethrowers into the mix hardly seems like a salve to those burns.

All in all, Santiago says the product "feels like a complete slap in the face."

For his part, Musk has made it clear that he intends to do what it takes to dodge prohibitions on the flamethrowers. Take, for example, the fact that various countries ban the shipment or import of anything even called a flamethrower.

For this hurdle, Musk has a ready retort:

Apparently, some customs agencies are saying they won’t allow shipment of anything called a “Flamethrower”. To solve this, we are renaming it “Not a Flamethrower”.

Take that, fun-hating federal bureaucrats! Customs agencies are no match for Musk's clever use of the English language. And editing.

Admittedly, the flamethrowers still might not exist. We've only gotten glimpses of the "working" flamethrowers in seconds-long videos. And though Musk has a few reasons why he might dedicate his time and resources to making an insane flame gun, well, then again, he might just choose not to.

But since Musk has already sold $10 million worth of flamethrowers, he's gonna have to figure something out. Shipment of the (possibly-nonexistent) flamethrowers is slated for the spring. No word yet on when the proposed legislation might kick in, but we can most assuredly promise you this: Rep. Santiago has lost the pyromaniac vote. We're not in the politics business here, but we also think he'll live without it.