“You are weak to compete with me, it would only be a waste of time." 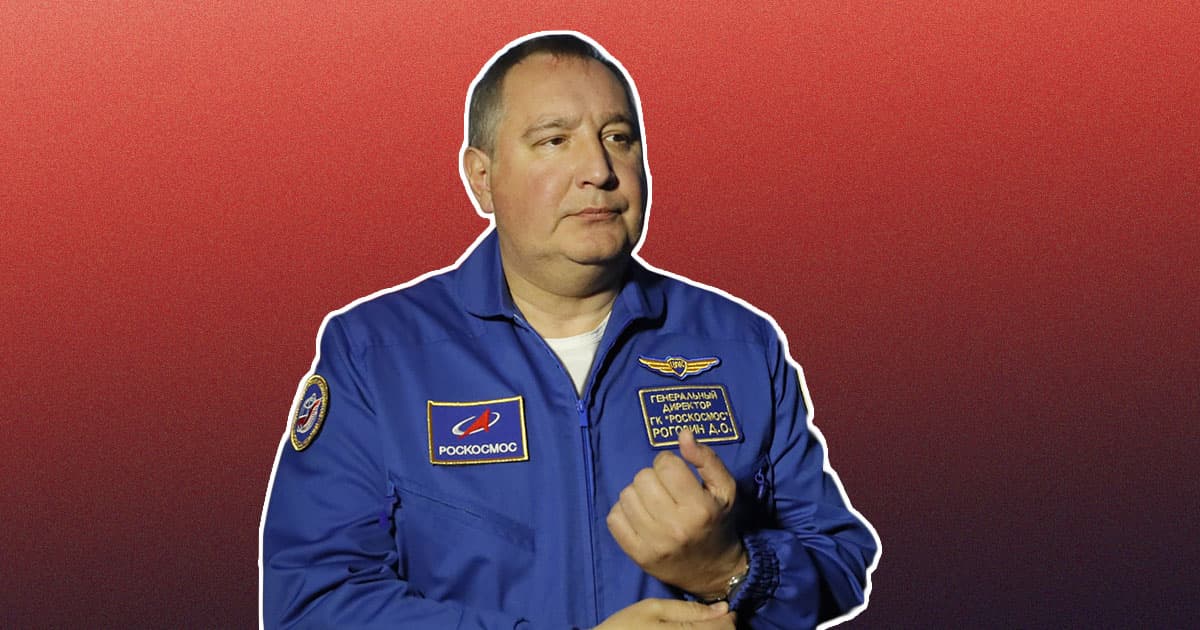 The kids — or, uh, some of the most powerful people on Earth — are fighting again.

Shortly after Grimes’ ex-boyfriend Elon Musk challenged Russian President Vladimir Putin to "single combat," the head of Russia’s space program Dmitry Rogozin responded with a cryptic message of his own.

"You, little devil, are still young," Rogozin tweeted on Monday, quoting a Russian fairytale. "You are weak to compete with me, it would only be a waste of time. Overtake my brother first."

It’s a pretty vague message for a man who’s been known to make barely-veiled threats. But if we put on our English major hats for a second, you could feasibly come to a few conclusions.

First, some background: The Alexander Pushkin story Rogozin is quoting is about a miserly priest who hires Balda, a man he thought was unintelligent, to do work for him. In exchange for labor, the man gets to hit the priest three times on the head.

Realizing Balda is actually very strong, the priest gives him seemingly impossible tasks to accomplish. Balda’s first job is to collect a debt from demons in the sea. The leader of the demons tells the man that if he can beat his grandson in a race, he’ll get the money.

Balda is able to trick the demon into believing that a rabbit was his brother and would run in his stead — and then he said the passage Rogozin quoted.

The Roscosmos chief is seemingly implying that Musk is weaker than Putin so it would just be a waste of his time to fight Musk. However, someone else might fight the SpaceX CEO instead — and perhaps Rogozin himself is offering to be the Russian president’s champion.

Or maybe he’s saying Musk is Balda, and so Rogozin is calling his bluff. After all, Musk would likely have an extremely challenging fight against Putin, who is a black belt in judo (or who was, at least, until it got stripped away in a flurry of sanctions after the Ukraine invasion). It’s just clout-building bluster. But then, that interpretation would also mean Putin would lose in the end as the sea demon did… so who knows!

Regardless, we’re now at a point where the world’s richest man is openly challenging world leaders to fights. We also have Russian officials like Rogozin weighing in as well. The simulation, in other words, is clearly broken.

Read This Next
Shot Well
Head of NASA Relieved to Hear Elon Musk Isn't REALLY Running SpaceX
Grain of Salt
There's a Huge Problem With Elon Musk's Promise to Bring Starlink to Iran
Sluggo Mode
SpaceX Has a Major Problem With Its Starlink Internet Connections
Sabers Rattled
Russia Issues Veiled Threat to Shoot Down Pesky SpaceX Satellites
Classified
Here's What the Former Head of NASA Has to Say About the Moon Mission Delay
More on Off World
Hall Effect
Yesterday on futurism
Test Suggests Ion Thrusters Could Power Crewed Interplanetary Missions
CHON: Legacy
Yesterday on the byte
James Webb Discovers Coldest Ice in Known Universe, Harboring Molecules Essential For Life
Is There?
Yesterday on the byte
NASA Setting Up Facility For Mars Rock Samples That Might Contain Alien Life
READ MORE STORIES ABOUT / Off World
Keep up.
Subscribe to our daily newsletter to keep in touch with the subjects shaping our future.
+Social+Newsletter
TopicsAbout UsContact Us
Copyright ©, Camden Media Inc All Rights Reserved. See our User Agreement, Privacy Policy and Data Use Policy. The material on this site may not be reproduced, distributed, transmitted, cached or otherwise used, except with prior written permission of Futurism. Articles may contain affiliate links which enable us to share in the revenue of any purchases made.
Fonts by Typekit and Monotype.