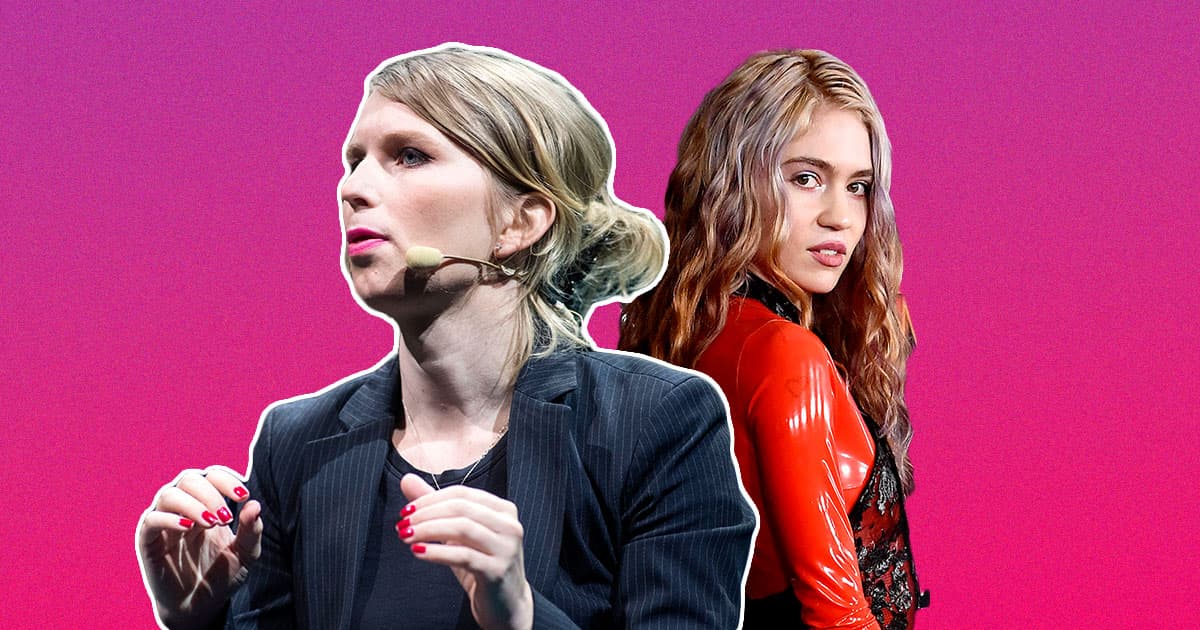 Absolutely did not have this one on our 2022 bingo card.

Absolutely did not have this one on our 2022 bingo card.

Stop the presses! Claire "Grimes" Boucher and Chelsea Manning are apparently not just dating, but already living together in Austin.

An unnamed source told Page Six that the electronic pop star and storied military leaker are "getting serious."

"They U-Hauled it," the source told the gossip site, a reference to a meme about queer women rushing to move in together soon after they begin dating. "They’ve been living together in Austin."

This news, while stunning, isn't completely out of left field. Grimes and Manning have been known to tweet flirtily at or in reference to each other, especially over the past few weeks.

This bombshell also dropped just after Grimes accidentally revealed to Vanity Fair that she and her on-off partner Elon Musk had a second child together and kept it secret until the reporter interviewing the artist heard "full blown infant screams" in the background.

Though they now have the second child together, Musk and Grimes are again broken up. Of course, we wouldn't put it past any of the serious characters in this story to be open to nonmonogamous relationship structures.

As of right now, not much is known about the alleged couple, but you best believe that the moment we know more, we'll be posting about it.