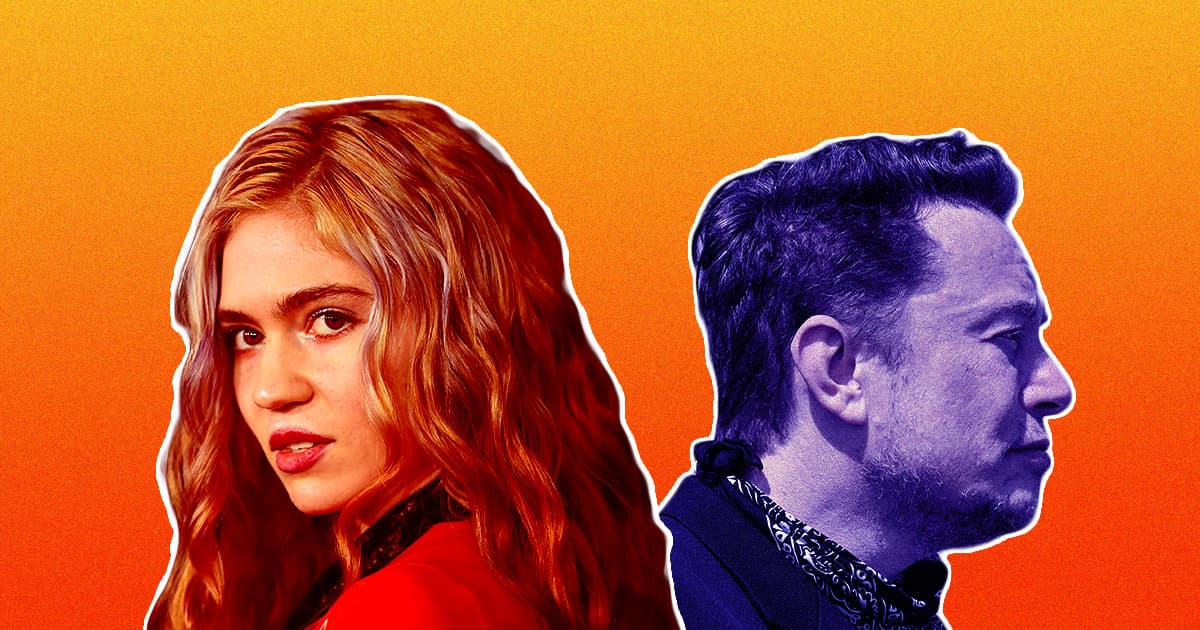 Here's why, according to Musk.

Here's why, according to Musk.

According to an exclusive by celebrity gossip magazine Page Six, SpaceX CEO Elon Musk and acclaimed musician Claire "Grimes" Boucher, who had been dating for three years, have broken up.

"We are semi-separated but still love each other, see each other frequently and are on great terms," Musk told the publication. "It’s mostly that my work at SpaceX and Tesla requires me to be primarily in Texas or traveling overseas and her work is primarily in LA."

"She’s staying with me now and Baby X is in the adjacent room," referring to their child, X Æ A-Xii Musk, who was born in May 2020.

It's unclear why Musk chose to speak to Page Six first — but it's a juicy story that's bound to make some pretty big headlines today.

Grimes is also keeping herself busy, filming a new show for Fox called "Alter Ego," on which she is a judge.

The last time they made a public appearance together was at the Met Gala earlier this month. Grimes showed up by herself, with a badass sword made out of a melted AR-15 semi-automatic rifle.

X Æ A-Xii Musk isn't the billionaire's only child. He has had five sons with ex-wife Justine Wilson, and also has married, divorced, and re-married "Westworld" actress Talulah Riley.