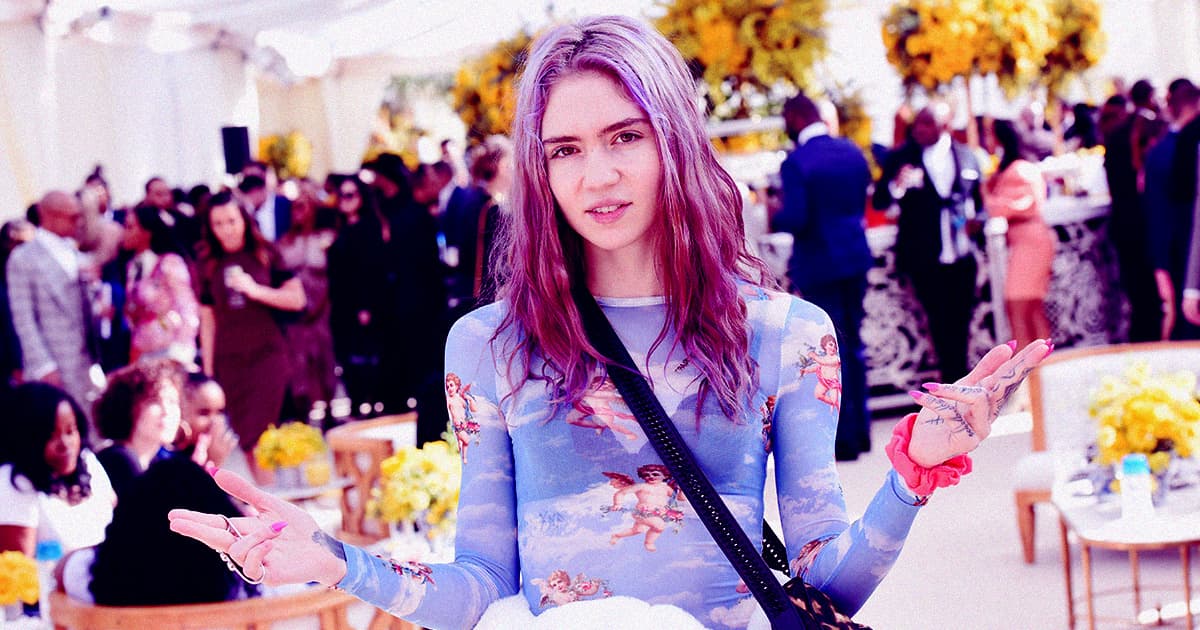 Her new song is "in response to all the privacy invasion, bad press, online hate and harassment by paparazzis."

Her new song is "in response to all the privacy invasion, bad press, online hate and harassment by paparazzis."

Claire "Grimes" Boucher has had a rough time after breaking up with Elon Musk last week.

"I wrote and produced this song this week in response to all the privacy invasion, bad press, online hate and harassment by paparazzis I’ve experienced this week," Grimes wrote in the caption of a new song she posted to Instagram today.

It's a rare look at her struggles with constantly being the limelight — especially ever since revealing her relationship with Musk in 2018, which catapulted her from a well-received indie musician to a tabloid fixture.

The lyrics of the new song called "Love" are a somber reflection of Grimes' current inner state.

"It fucking sucks to be awake," Grimes sings. "Oh Lord I pray my soul to take, nobody understands, because everything they hate is everything I love."

At least it sounds like her breakup with the billionaire CEO was amicable.

"We are semi-separated but still love each other, see each other frequently and are on great terms," Musk told celebrity gossip magazine Page Six last week.

It was a highly publicized piece of news that clearly has led to a lot of extra unwanted attention for Grimes.

But the musician is ready to turn a new page.

"I’ll be colonizing [one of Jupiter’s moons] Europa separately from Elon for the lesbian space commune," she told Page Six in an email on Monday, likely a reference to her upcoming album, a "space opera" about a lesbian AI being.