"I’ll be colonizing Europa separately from Elon for the lesbian space commune." 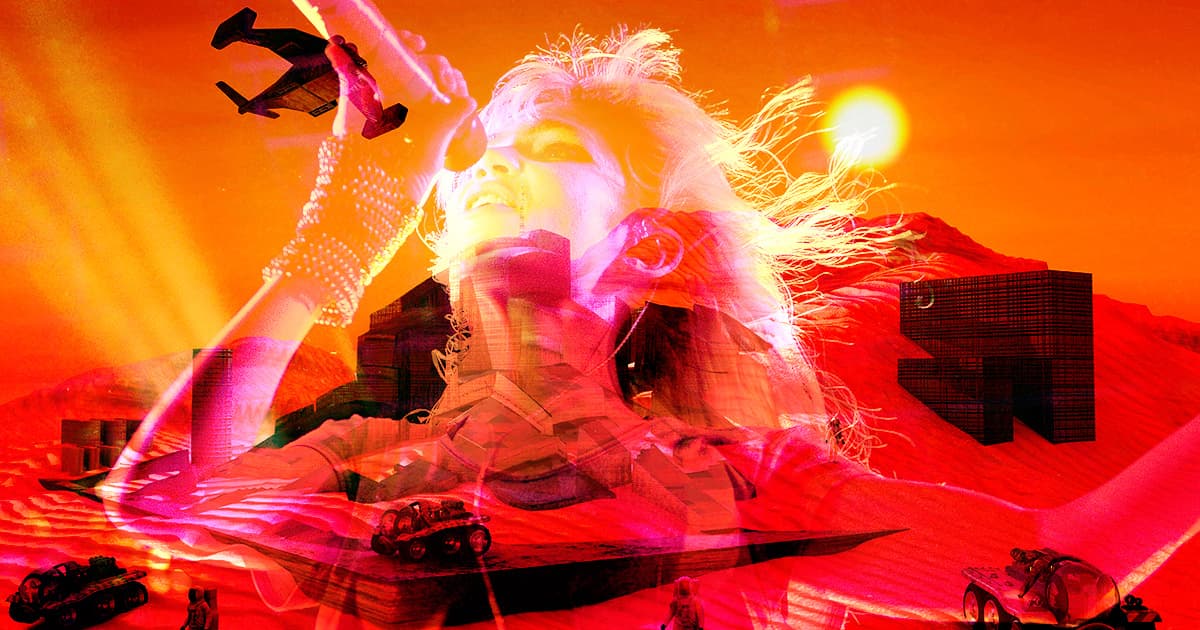 Unless you've been living under a rock — or a beautiful corner of the internet blissfully unaware of Elon Musk news — you probably know that musician Claire "Grimes" Boucher broke up with her billionaire SpaceX CEO partner of three years recently.

"We are semi-separated but still love each other, see each other frequently and are on great terms," Musk told Page Six on Friday.

"I’ll be colonizing [one of Jupiter’s moons] Europa separately from Elon for the lesbian space commune," she told Page Six in yet another exclusive on Monday.

Details about the lesbian space commune remain sparse, and it remains unclear whether Musk will be allowed to visit. We also don't know if she'll be taking her child X Æ A-12 along with her. But frankly, we're happy for her.

Grimes may also be making a sly reference to a contract NASA signed with SpaceX earlier this summer to help the agency investigate if the icy moon is capable of hosting life.

But far more likely is that she's referring to her upcoming album, a "space opera" about a lesbian AI being.

It's not the first time Grimes has spoken out about her wildly ambitious plans to venture into deep space. In a February 2020 interview with British magazine The Face, she suggested that she'd "like to upload my consciousness" and have it "live in some kind of humanoid vessel that can speak and move freely, and then that body can go to Mars and other planets with my mind inside it."

In March, she also wrote that "ready to die with the red dirt of mars beneath my feet" in an Instagram caption of a picture of her at SpaceX's "Starbase" facilities in South Texas.

Grimes, just like Musk, is very much ready to reach for the stars — whether together or separately.

Read This Next
Shot Well
Head of NASA Relieved to Hear Elon Musk Isn't REALLY Running SpaceX
Makeover Scene
Space Tourist Says He's Thinking About Flying SpaceX Craft Up to Fix Hubble
Grain of Salt
There's a Huge Problem With Elon Musk's Promise to Bring Starlink to Iran
Sluggo Mode
SpaceX Has a Major Problem With Its Starlink Internet Connections
Dumpster Fire
SpaceX Tested Starship's Engines and Accidentally Caused a Large Fire
More on Off World
Stunning Centaur
Yesterday on the byte
James Webb Spots Asteroid With Its Own Saturn-Like Rings
Grrrrrrrr
Friday on the byte
Internet Erupts as NASA Spots Cartoon Bear on Surface of Mars
Gl1tc4
Friday on the byte
NASA Says Another James Webb Instrument Has Suffered a Glitch
READ MORE STORIES ABOUT / Off World
Keep up.
Subscribe to our daily newsletter to keep in touch with the subjects shaping our future.
+Social+Newsletter
TopicsAbout UsContact Us
Copyright ©, Camden Media Inc All Rights Reserved. See our User Agreement, Privacy Policy and Data Use Policy. The material on this site may not be reproduced, distributed, transmitted, cached or otherwise used, except with prior written permission of Futurism. Articles may contain affiliate links which enable us to share in the revenue of any purchases made.
Fonts by Typekit and Monotype.