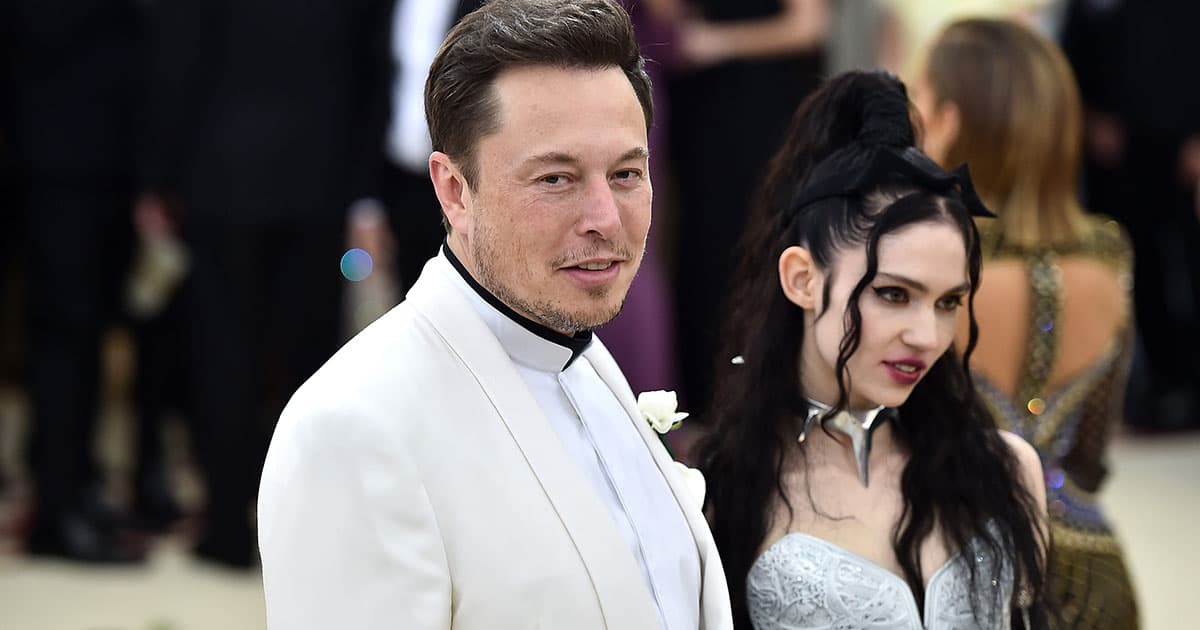 "I'm not at liberty to speak on these things."

"I'm not at liberty to speak on these things."

We certainly didn’t see this one coming.

Acclaimed musician Claire “Grimes” Boucher and SpaceX CEO Elon Musk had a second child with the help of a surrogate mother in December, according to an unhinged new Vanity Fair interview.

Just like her first child with Musk, Grimes’ new daughter has an eyebrow-raising name: Exa Dark Sideræl Musk, or “Y” for short.

Exa Dark Sideræl is Musk’s first daughter, after having seven sons. The last one — X — was also with Grimes.

It’s a pretty wild interview to say the least. In fact, Grimes didn’t even lead the interview with the news she had another child with Musk.

“I’m not at liberty to speak on these things,” Grimes told Vanity Fair at first, clearly trying to move the conversation in a different direction.

After dating for three years, the couple broke up in September 2021.

“We are semi-separated but still love each other, see each other frequently and are on great terms,” Musk told gossip outlet Page Six at the time.

Things are still a little complicated between the two. And don’t forget that Musk is reportedly dating someone new.

“I would probably refer to him as my boyfriend, but we’re very fluid,” Grimes told Vanity Fair more recently. “We live in separate houses. We’re best friends. We see each other all the time.”

Thanks Man!
After Sexual Allegations, Elon Musk Jets Off to Brazil
Yesterday
Read More
Wait Wait
Elon Musk Has a Ridiculous Excuse for Why He Suddenly Doesn’t Want to Buy Twitter
Tuesday
Read More
Musk Gonna Musk
Experts Say That Elon Musk Has No Idea How Math Works
Monday
Read More
+Social+Newsletter
TopicsAbout UsContact Us
Copyright ©, Camden Media Inc All Rights Reserved. See our User Agreement, Privacy Policy and Data Use Policy. The material on this site may not be reproduced, distributed, transmitted, cached or otherwise used, except with prior written permission of Futurism. Fonts by Typekit and Monotype.