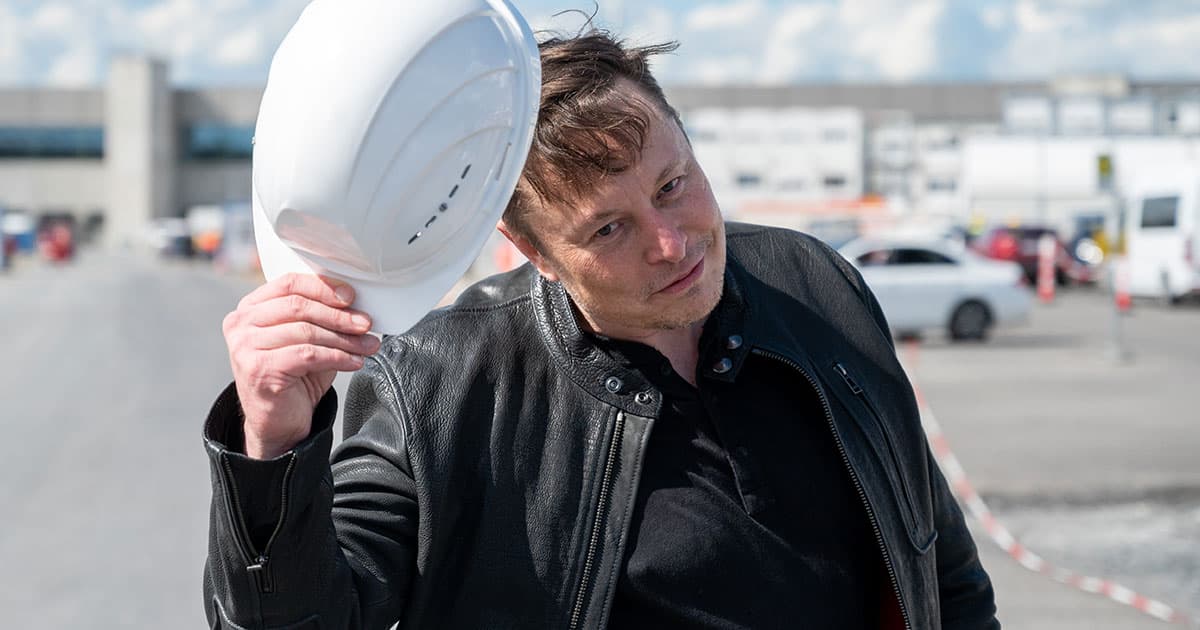 Elon Musk Is Time Magazine's Person of the Year 2021

And The Winner Is…

The Tesla CEO received the illustrious designation on Monday. This year, he also joined the likes of Simone Biles, who was named athlete of the year, and vaccine scientists, who were named heroes of the year, in the magazine’s annual issue that profiles people, groups, and ideas that have "had the most influence on the world."

"He dreams of Mars as he bestrides Earth, square-jawed and indomitable," the magazine said in the accompanying feature story. "Lately, Elon Musk also likes to live-tweet his poops."

The billionaire meme poster took part in a wide-ranging interview as part of the issue. He covered a range of topics including the reason behind his "semi-separated" relationship with baby mama Claire Elise "Grimes" Boucher.

"We weren’t seeing each other that much, because what she needs to do is mostly in LA or touring, and my work is mostly in remote locations like this," Musk said to the magazine. "I’m human and all; I’m not a robot, but this place is basically a techno monastery."

He also gave an intriguing glimpse into his stance as a "utopian anarchist" who wants to give people unfettered access to "any goods or services that they want."

"If we have a highly automated future with the robots that can do anything, then any work you do will be because you want to do it, not because you have to do it," he said. "I don’t mean to suggest chaos, but rather that you’re not under anyone’s thumb."

Person of the Year

It should be noted that the magazine awards Person of the Year to people who have had the most influence in society in a particular year — for better or for much, much worse.

Still, that probably won’t stop Musk from using the magazine cover as yet another thing to lord over Jeff Bezos.

More on Musk: Elon Musk Says That Immortality Tech Would Be Very Dangerous