What Are the Real Threats Behind Nuclear War?

Should a nuclear strike ever occur, it's likely to cause some extent of global cooling, called a nuclear winter. 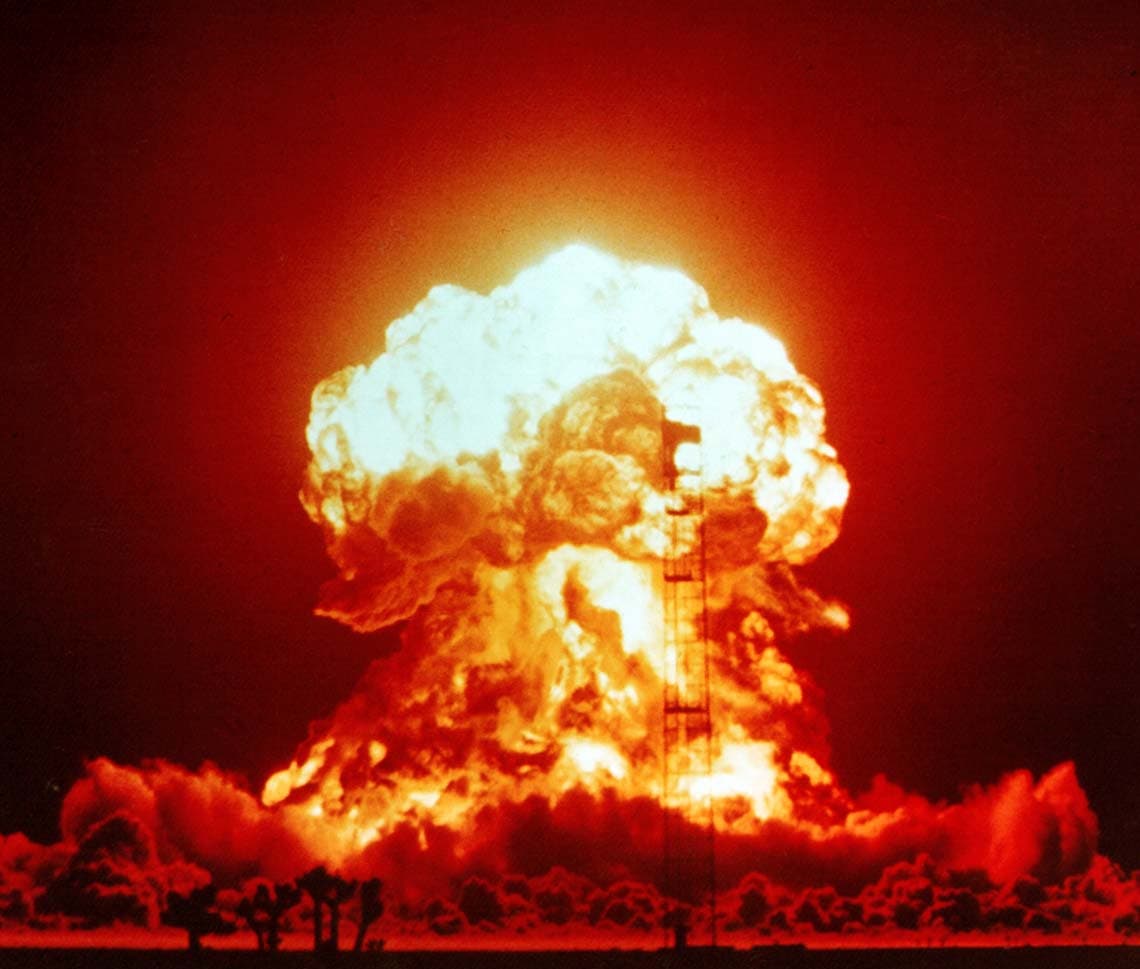 In the current geopolitical climate, with tensions mounting between the United States and North Korea, the possibility of nuclear war is omnipresent. U.S. President Trump trades bombastic claims about dropping the bomb with North Korea's Supreme Leader Kim Jong-un. The doomsday clock stands at two and a half minutes to midnight, the closest we've been to disaster since the 1980s.

Our understanding of what happens after a nuclear exchange have developed over time. Early studies using simple models suggested that the results would be catastrophic — a severe and prolonged cooling of our planet's climate, dubbed nuclear winter. But subsequent calculations using more advanced models in the 1980s found that the aftermath might not be as bad as previously expected — more like 'nuclear autumn' than nuclear winter.

However, in 2008 a new paper in Physics Today examining a nuclear winter's impacts suggested that the initial forecast was in fact more accurate. Moreover, the researchers determined that even a regional nuclear war could be enough to spark widespread crop failure, famine, and wider ecological effects for years.

"It's still a threat, even though the superpower nuclear war — an exchange of thousands of nuclear weapons — is probably not likely," Paul Edwards, a senior research scholar at Stanford University with a focus on the effects of nuclear winter, told Futurism. "These other scenarios involving a much smaller number of weapons are still dangerous to the climate, and therefore to us."

It's one thing to survive the immediate impact of a nuclear detonation. But what happens in the aftermath of an attack, including everything from residual radiation to food shortages, could also affect day-to-day life.

"I am still very worried about the possibility of, conceivably a deliberate attack, launched probably by the United States as a preemptive attack, or maybe by North Korea as a threat," Edwards said. "It's hard to see the North Koreans starting something like that, because they have to know that they would be destroyed in the aftermath, but it's not impossible."

Edwards notes that his greatest concern is an "accidental" nuclear war that could happen due to escalating provocations between the two sides. Given the bluster that we've heard in recent months from world leaders, it's easy to see where these worries come from — but the fact is that even a targeted nuclear strike is likely to have global consequences by triggering a nuclear winter.

Some companies are taking steps to prepare us for the possibility of a nuclear strike. The Rising S Company markets doomsday bunkers that could provide shelter if the worst should happen. These structures are placed under one foot of concrete and at least four feet of dirt, and connected to the owner's property via an underground entrance.

The company claims that its business is booming following President Trump's election. In 2017, Rising S installed around 230 units, accruing $12 million in sales.

The bunkers are designed to protect occupants from disasters ranging from earthquakes to nuclear detonations. They're also airtight and feature an oxygen scrubber system to ensure that there's breathable air — but whether this kind of protection would be enough in aftermath of a nuclear bomb remains to be seen.

"If you were not close to the epicenter, they might protect you for a while, and maybe if it was just one bomb, it wouldn't be so terrible after the initial fires and smoke cleared," said Edwards. "If there's an exchange that's bigger than just one or two weapons, it's going to start to get into the effects that will last much longer that a shelter could ever protect you from."

Read This Next
Futurism
The "Doomsday Clock" Is Now Set at "Two Minutes to Midnight"
Futurism
Worried About Doomsday? You Can Rent This Bunker for $1000 Per Year
More on Future Society
Ctrl C Ctrl V
Yesterday on the byte
Inspired by Twitter's Struggles, Facebook Considers Making an App Where You Can Post Text. Wait a Second...
Sleeping Tweeps
Yesterday on the byte
Elon Musk Installs Washing Machine at Twitter HQ So Overworked Employees Can Wash Their Filthy Rags
Phoney Business
Wednesday on the byte
Amazon Says It'll Pay You $2 Per Month to Spy on Your Phone's Internet Traffic
READ MORE STORIES ABOUT / Future Society
Keep up.
Subscribe to our daily newsletter to keep in touch with the subjects shaping our future.
+Social+Newsletter
TopicsAbout UsContact Us
Copyright ©, Camden Media Inc All Rights Reserved. See our User Agreement, Privacy Policy and Data Use Policy. The material on this site may not be reproduced, distributed, transmitted, cached or otherwise used, except with prior written permission of Futurism. Articles may contain affiliate links which enable us to share in the revenue of any purchases made.
Fonts by Typekit and Monotype.