We May Be on the Path to Nuclear War, Expert Asserts

The war to end all wars is looming. 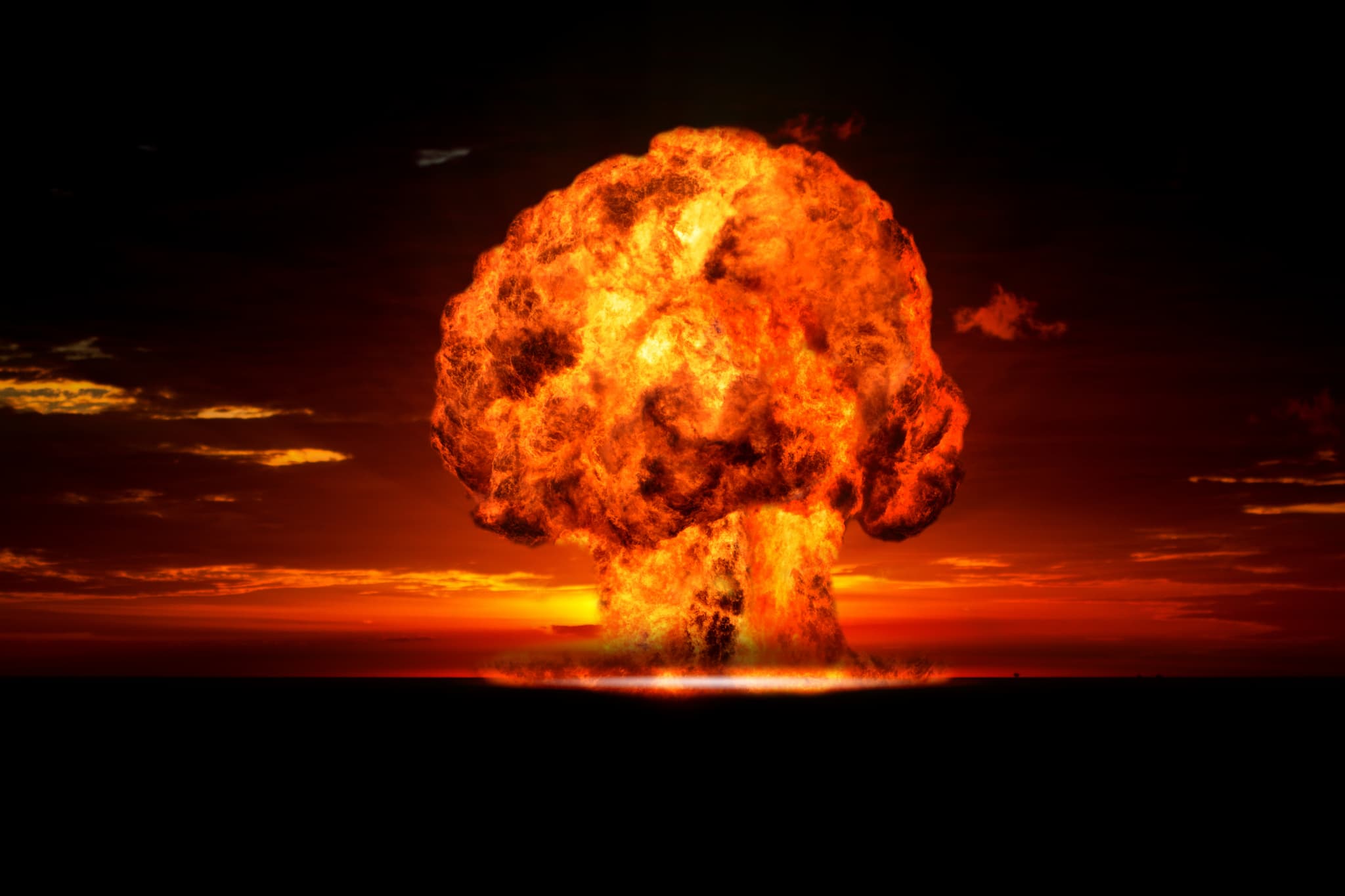 Nuclear warfare would have devastating consequences for our planet, both immediately following the use of a nuclear bomb and for (quite literally) decades after. Currently, nine nations across the globe possess a total of 15,000 nuclear weapons, and one of those nations, North Korea, has the rest of the world wondering about the potential for nuclear warfare in the very near future.

According to an October 16 report by Defense News, North Korea’s deputy U.N. ambassador Kim In Ryong told the U.N. General Assembly’s disarmament committee that the situation has reached a "touch-and-go point and a nuclear war may break out any moment." He said that North Korea has been the sole victim of constant nuclear threats originating from the United States since the 1970s. As such, he stated that North Korea would not disarm, adding that their nuclear weaponry is "a precious strategic asset."

"Unless the hostile policy and the nuclear threat of the U.S. is thoroughly eradicated, we will never put our nuclear weapons and ballistic rockets on the negotiating table under any circumstances," said the ambassador.

With the potential for nuclear warfare looming over the world, in order to ease tensions, nations have encouraged negotiations between the U.S. and North Korea.

Newsweek reported that Britain's foreign secretary Boris Johnson praised the U.S.'s willingness to return to the negotiating table. On October 23, he told the Chatham House think tank that, while President Trump has "an absolute duty" to prepare for war, U.S. Secretary of State Rex Tillerson made the right move in choosing to leave open "the door to dialogue."

“He has tried to give some sensible reassurances to the regime, to enable them to take up this offer," said Johnson.

In a statement, German foreign minister Sigmar Gabriel also praised the United States for agreeing to direct talks with North Korea regarding nuclear disarmament and de-escalation.

How do those outside of politics perceive the current potential for nuclear warfare, though? How close do they think we are to nuclear war?

Speaking with Futurism via email, nuclear weapons and nuclear secrecy historian Alex Wellerstein said it's very possible that North Korea may be prompted to retaliate if the Trump administration attempts any military action which the Asian nation perceives as a threat to the regime. However, he hopes statements made in previous months on both sides have all been nothing but bluster and bravado.

"All the United States has to do to avoid that is to not make it seem like it is going to militarily attack North Korea. That's it," said Wellerstein. "As for what comes after that very simple thing, who knows? We have to accept North Korea has a nuclear deterrent, and we have to accept that they are probably deterrable in turn. That's not an ideal situation, but it'll have to do — it is better than a failure of deterrence."

Wellerstein went on to offer a bit of context on the situation for North Korea, explaining that the country is surrounded by enemies and that it has relatively few nuclear weapons compared to the U.S.

Ultimately, North Korea wants to be taken seriously, said Wellerstein, and the U.S. should stop blustering and threatening them. "I think it might be time to do both of those things," he said.

Wellerstein stressed the importance of maintaining peace, highlighting how friendlier, less combative relationships are important for not just the U.S. and North Korea, but also other nations and their citizens.

"The only path forward that does not result in [the death of] thousands, maybe even hundreds of thousands, of civilians — perhaps ours, perhaps our allies, perhaps theirs — is one in which we stop telling them we are going to kill them unless they do what we say. Because we have a lot to lose, too."

Read This Next
High Up
Only the Poorest People in North Korea Want to Live in the Tops of High-Rises
Coinbase Conspiracy
Crypto Dev Thrown in Jail for Checking His Coinbase Account
Futurism
When Governments Cook The GDP Books, Satellite Images Can Keep Them In Check
Futurism
US Report Confirms Russia Is Developing the World's Most Powerful Nuclear Weapon
Futurism
The CDC Is Preparing for Nuclear War. Should You Prepare, Too?
More on Future Society
Bird Crap
Feb 4 on the byte
It Looks Like Elon Musk Is Actually Building a Twitter Payment Platform
Balloon News
Feb 3 on futurism
China Says "Spy Balloon" Soaring Over America Is Completely Innocent
Down in Flames
Feb 1 on the byte
Elon Musk Apparently Thinks Twitter Is a "Flaming Dumpster Rolling Down the Street"
READ MORE STORIES ABOUT / Future Society
Keep up.
Subscribe to our daily newsletter to keep in touch with the subjects shaping our future.
+Social+Newsletter
TopicsAbout UsContact Us
Copyright ©, Camden Media Inc All Rights Reserved. See our User Agreement, Privacy Policy and Data Use Policy. The material on this site may not be reproduced, distributed, transmitted, cached or otherwise used, except with prior written permission of Futurism. Articles may contain affiliate links which enable us to share in the revenue of any purchases made.
Fonts by Typekit and Monotype.