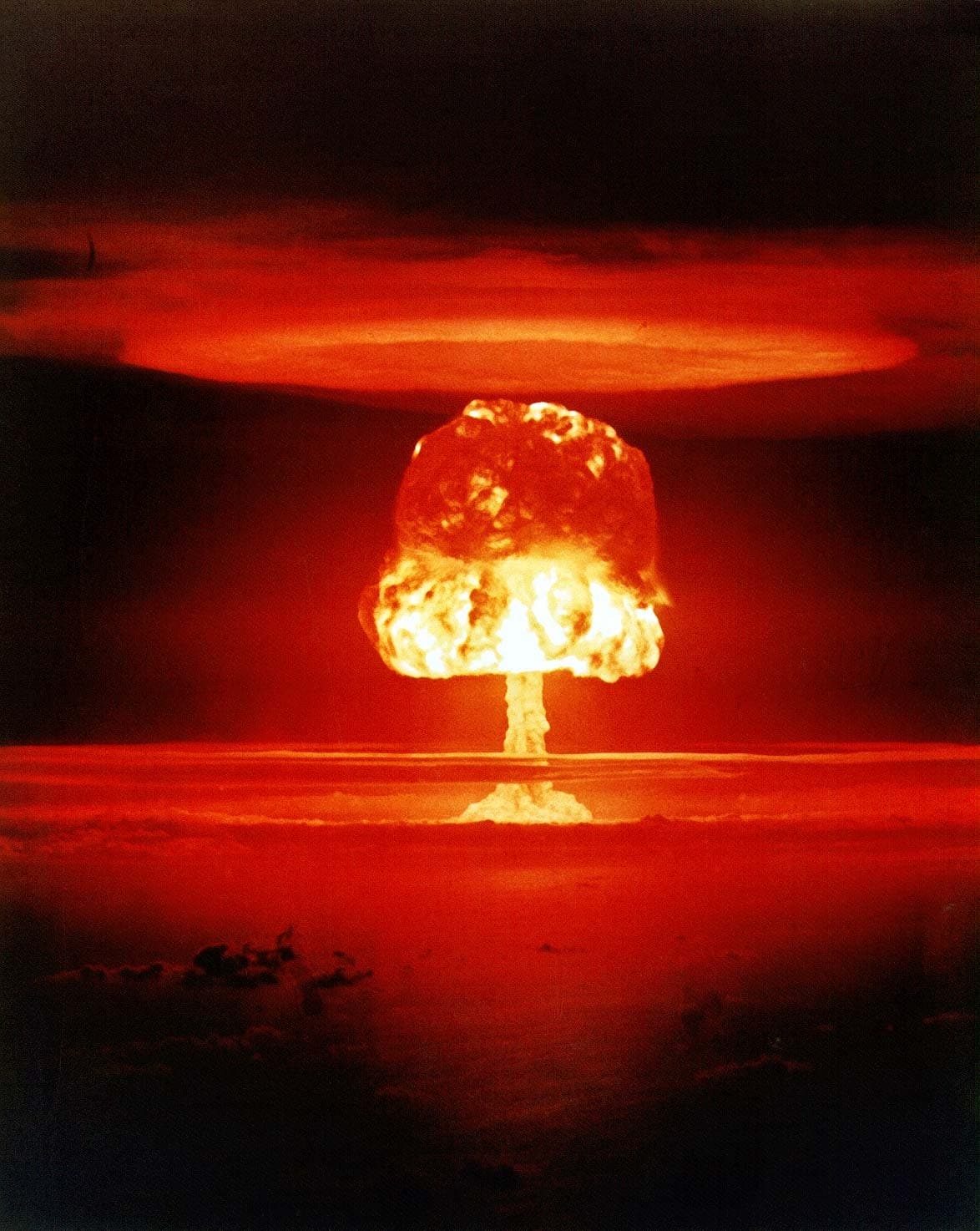 On January 11, The Huffington Post leaked a copy of the Trump administration's first nuclear posture review. The report assesses the role nuclear weapons will likely play in U.S. security over the next five to ten years, and it confirms that Russia is developing Kanyon, the world's most powerful nuclear weapon.

Rumors of Kanyon (or Ocean Multipurpose System Status-6, as it's known in Russia) first started swirling in 2015 following a leak on Russian television. Soon after, the nation confirmed the weapon's existence, while claiming the leak was a mistake.

However, as defense analyst and military historian H. I. Sutton told Futurism, this leak of the latest nuclear posture review is the first official recognition of Kanyon by U.S. officials.

"The unclassified posture review document doesn't really tell defense analysts anything new, but it does establish Kanyon as a military fact," said Sutton. "Until now, many observers had regarded the system as 'fake news.' I think that this was partly because the stated specifications are so incredible and partly because it is hard to understand how it will be used."

"Incredible" is perhaps putting it mildly.

Based on leaked Russian documents, Kanyon is a nuclear-armed autonomous torpedo capable of traveling 10,000 kilometers (6,213 miles) with a 100-megaton thermonuclear weapon as its payload. That's at least twice as powerful as any nuclear weapon ever tested. According to nuclear bomb simulator Nukemap, it would instantly kill 8 million people and injure an additional 6.6 million if dropped on New York City.

Kanyon's weapon wouldn't be dropped, though. It would arrive via the ocean and bring with it a massive artificial tsunami that would blanket the coastal area in radioactive water. If the warhead is “salted” with the radioactive isotope Cobalt-60, as some have reported, a detonation could render contaminated areas uninhabitable by humans for an entire century.

"Kanyon is unique in every respect," said Sutton. "There really is nothing like it in any navy's inventory."

Though both massive and powerful, Kanyon isn't particularly fast. The autonomous torpedo's reported top speed is 100 knots (115 miles per hour), so it would need almost 36 hours to travel from Kronstadt, the westernmost point in Russia, to New York City, the most populated city in the U.S.

Of course, it could be launched from somewhere closer, but according to Sutton, Americans probably don't need to worry about a surprise Kanyon attack. However, he still believes it's a "terrifying weapon" and sees its development as a sign that Russia is looking to diversify its nuclear arsenal, likely in an attempt to find ways to get around future missile defenses.

As Sutton told Futurism, nuclear deterrence is a nuanced topic. Ultimately, impenetrable missile defenses could actually decrease safety by undermining mutually assured destruction (MAD), the idea that the mere threat of using a strong nuclear weapon against an enemy could prevent that enemy from using a nuclear weapon of its own.

By that line of thinking, knowing that Russia has a weapon the U.S. couldn't defend against could prevent the U.S. or other nations from attacking Russia, starting a nuclear war that would leave the entire planet devastated. If those opposed to nuclear weapons are looking for any bright side to the confirmation of Kanyon's existence, it's probably that.

Read This Next
Read the Room
Elon Musk Fans Horrified as He Suggests Ukraine Give in to Putin's Demands
Finger Pointing
Russia Warns That Nuclear Plant It Captured May Leak Waste Over Europe
Sobering News
Ukrainian Hackers Allegedly Cut Off Russian Soldiers' Beloved Vodka Supply
Hell on Earth
Internet Aghast at AI Facial Recognition Used to Identify Dead Russian Soldiers
Fake Surrender
Hackers Deepfaked a Video of the Ukrainian President Telling His Soldiers to Surrender
More on Future Society
Bird Crap
Yesterday on the byte
It Looks Like Elon Musk Is Actually Building a Twitter Payment Platform
Balloon News
Friday on futurism
China Says "Spy Balloon" Soaring Over America Is Completely Innocent
Down in Flames
Wednesday on the byte
Elon Musk Apparently Thinks Twitter Is a "Flaming Dumpster Rolling Down the Street"
READ MORE STORIES ABOUT / Future Society
Keep up.
Subscribe to our daily newsletter to keep in touch with the subjects shaping our future.
+Social+Newsletter
TopicsAbout UsContact Us
Copyright ©, Camden Media Inc All Rights Reserved. See our User Agreement, Privacy Policy and Data Use Policy. The material on this site may not be reproduced, distributed, transmitted, cached or otherwise used, except with prior written permission of Futurism. Articles may contain affiliate links which enable us to share in the revenue of any purchases made.
Fonts by Typekit and Monotype.