"You are assuming that I wish to be popular." 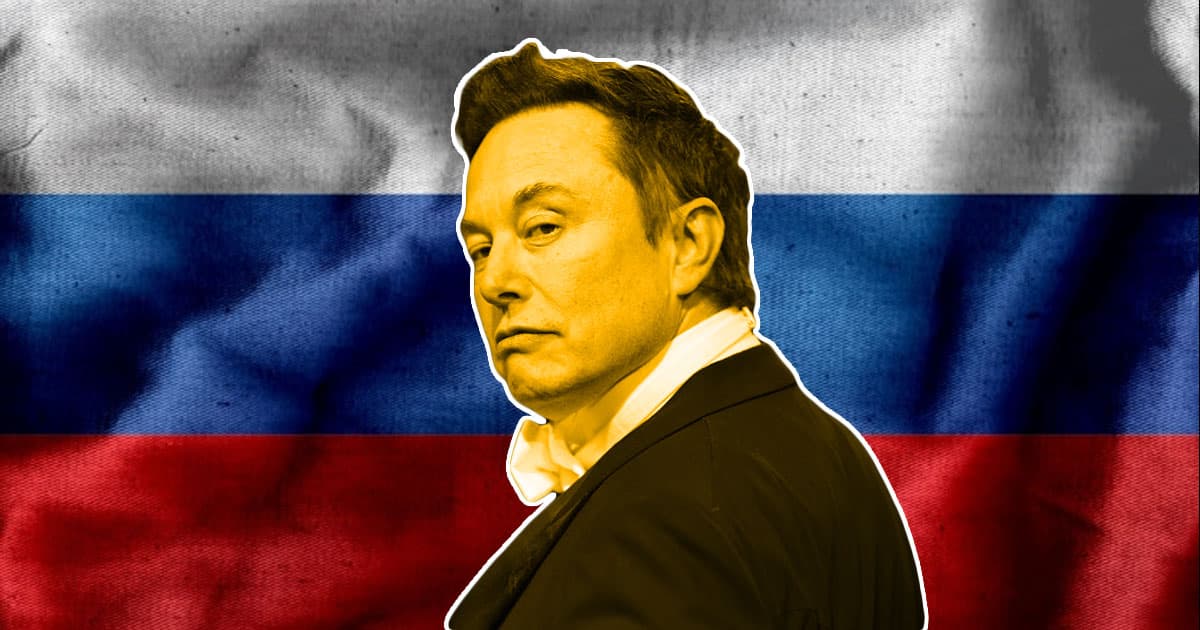 In an uncharacteristically brazen Twitter outpour, Tesla CEO Elon Musk suggested that Ukraine should give up parts of its territories and other rights to reach a peace agreement with Russia — or else risk a bloody end to the conflict, culminating in a full blown "nuclear war."

In short, even for Musk, it's exactly the kind of opinion absolutely nobody asked for. Even his most ardent supporters were taken aback.

"You are using [P]utin propaganda talking points," she added. "Fix this."

Renata Konkoly, one of Musk's most outspoken boosters on Twitter, issued a rare rebuke.

"You are assuming that I wish to be popular," Musk snapped in reply. "I don’t care. I do care that millions of people may die needlessly for an essentially identical outcome."

Pseudonymous Dogecoin cocreator Shibetoshi Nakamoto, another noted Musk ally, weighed in with a meme seemingly chastising Musk as well. Even Whole Mars Catalog, a Tesla superfan whose tweets Musk sometimes interacts with, retweeted a message from a Ukrainian official pushing back against Musk's outburst.

Musk kicked things off around midday today, when he posted a poll calling for a Ukraine-Russia peace that would give numerous concessions to Russian president Vladimir Putin including water rights and some territory.

He followed up with another Twitter poll, asking if the people of the Donbas and Crimea regions — both the sites of heavy military offensives in eastern Ukraine — "should decide whether they’re part of Russia or Ukraine."

Surprising nobody, the polls generated quite some buzz, with Musk accusing Twitter bots of swaying the vote.

The timing couldn't have been worse, as the news comes after Russia attempted to ratify its advances in Ukraine with sham referendums, which weren't exactly going to fool literally anybody.

Musk's solution: open elections "under UN supervision" — an unrealistic suggestion at best. And if Russia refused those supervised elections?

"Then war it is," Musk concluded.

The big question is why Musk decided to start burning bridges now. He had already accrued a significant amount of good will after shipping thousands of Starlink internet satellite terminals to Ukraine, which have reportedly had a significant impact.

Reactions from officials started to pour in as well, with Ukrainian diplomat Andriy Melnyk telling the richest man in the world to "f*** off."

"Which Elon Musk do you like more?" Ukrainian president Volodymyr Zelensky wrote in his own poll, with the two options being "one who supports Ukraine" and "one who support Russia."

Read This Next
Head Like A Hole
Elon Musk's Crying About Trent Reznor Shows That He Is a Big, Big Baby
Secrets Secrets
Elon Musk Vigorously Denies That SBF Secretly Owns Part of Twitter
Good Time to Leave
Panicked Elon Musk Reportedly Begging Engineers Not to Leave
#NastyNasty
Elon Musk's Mom Pleads With Everyone to Stop Being So Mean to Her Perfect Boy
You're Fired
Elon Musk Is Mass-Firing Employees Who Dared Criticize Him in Slack
More on Future Society
Woof Woof
Yesterday on the byte
Startup Unveils Videogame for Dogs
Musk's Guns
Monday on the byte
We Are Alarmed by Every Detail of Elon Musk's Bedside Table
Miserly Musk
Nov 22 on the byte
Cheapskate Elon Musk Refusing to Pay Bills at Twitter
READ MORE STORIES ABOUT / Future Society
Keep up.
Subscribe to our daily newsletter to keep in touch with the subjects shaping our future.
+Social+Newsletter
TopicsAbout UsContact Us
Copyright ©, Camden Media Inc All Rights Reserved. See our User Agreement, Privacy Policy and Data Use Policy. The material on this site may not be reproduced, distributed, transmitted, cached or otherwise used, except with prior written permission of Futurism. Articles may contain affiliate links which enable us to share in the revenue of any purchases made.
Fonts by Typekit and Monotype.