Crypto Dev Thrown in Jail for Checking His Coinbase Account

Was Virgil Griffith really helping North Korea to "evade sanctions" and "launder money" by teaching them about crypto? 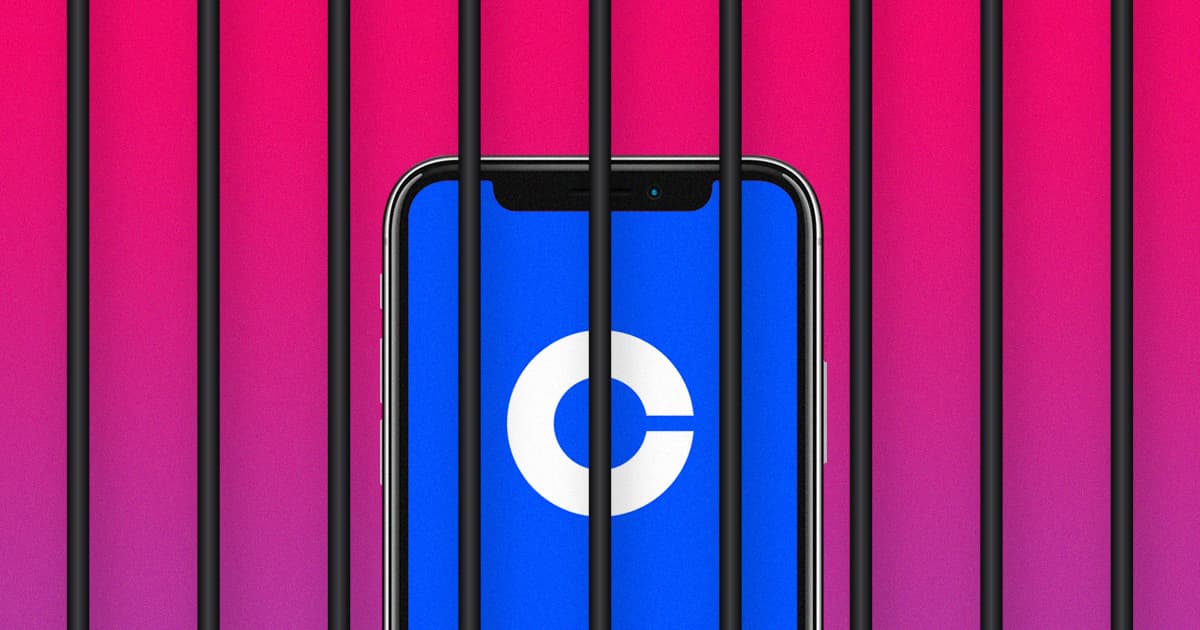 Virgil Griffith, a prominent developer of the cryptocurrency Ethereum who was previously charged for violating US sanctions against North Korea, is back in lockup after reportedly accessing his cryptocurrency wallet on Coinbase in May, Cointelegraph reports.

The move was allegedly a violation of his bail. Griffith was remanded in custody today, but it's still unclear if it was due to him violating bail conditions, as CoinDesk points out.

He will now spend at least the next two months behind bars, according to Cointelegraph. In September, he will be tried on charges of conspiracy to violate sanctions with North Korea. If convicted, he'll face up to 20 years in prison.

The developer reportedly contacted Coinbase to ask if they could remove the two-factor authentication security feature on his account "as the FBI took my devices away," as quoted by Cointelegraph.

The United States District Court for the Southern District of New York filed an indictment against Griffith in January 2020, claiming he was in violation of the International Emergency Economic Powers Act, which allows the president to regulate international commerce in case of a national emergency.

Prosecutors accused Griffith of knowingly conspiring with the North Korea to circumvent sanctions against the nation using cryptocurrencies — perhaps reflecting some parts of the US government's longheld view that cryptocurrencies are a tool reserved for criminals and tax evasion.

"As alleged, Virgil Griffith provided highly technical information to North Korea, knowing that this information could be used to help North Korea launder money and evade sanctions," US attorney Geoffrey Berman was quoted saying in a Department of Justice press statement dating back to his arrest. "In allegedly doing so, Griffith jeopardized the sanctions that both Congress and the president have enacted to place maximum pressure on North Korea’s dangerous regime."

Assistant attorney general John Demers added that Griffith "taught his audience how to use blockchain technology to evade sanctions" after traveling to North Korea.

Since then, Griffith filed a motion to dismiss the conspiracy charges, Cointelegraph reports, contending that his presentation was a "highly general speech based on publicly available information."

Prosecutors threw out the motion, likening Griffith's actions to explaining "the science behind nuclear weapons to a conference of North Korean physicists," as US lawyers put it in a November 2020 court document quoted by Cointelegraph.

The cryptocurrency community, however, has largely taken Griffith's side.

"I don't think what Virgil did gave DPRK any kind of real help in doing anything bad," Ethereum co-founder Vitalik Buterin wrote in tweet thread in December 2019. "He *delivered a presentation based on publicly available info about open-source software*. There was no weird hackery [or] 'advanced tutoring.'"

After allegedly accessing his Coinbase account earlier this year, Griffith's lawyers are facing a steeper uphill battle to prove his innocence. His lawyers claim he made the decision after consulting his counsel. They also maintain that his family in Alabama reached out to the exchange on his behalf.

The incident leaves numerous questions unanswered. Was Griffith really helping North Korea to circumvent US sanctions by teaching them about crypto? Or was he simply spreading the blockchain gospel?

It's a hairy topic, deeply embroiled in international politics. But we should learn more about Griffith's fate come September.

Read This Next
High Up
Only the Poorest People in North Korea Want to Live in the Tops of High-Rises
Regulating Crypto
Hillary Clinton Calls Out Crypto Exchanges for Letting Russia Bypass Sanctions
Crypto Fail
The CEO of Coinbase Gets Brutally Owned, May Never Recover
Plundering DAOs
Hackers Plunder "Cryptocurrency City" That Had Promised "Dank Memes"
Pro Doge
Elon Musk Explains Why He is "Pro Doge," Not Bitcoin
More on Future Society
Gas Giant
Yesterday on the byte
Journalist Eats Lab-Grown Chicken, Gets "Weirdly Gassy"
Musk Rats
Thursday on the byte
Twitter Is Quietly Re-Suspending the Lunatics Elon Musk Let Back On
Going Wireless
Wednesday on futurism
Hackers Took Over a Subdomain of Wired.com for Several Months and Replaced It With Sleazy Online Casino Content
READ MORE STORIES ABOUT / Future Society
Keep up.
Subscribe to our daily newsletter to keep in touch with the subjects shaping our future.
+Social+Newsletter
TopicsAbout UsContact Us
Copyright ©, Camden Media Inc All Rights Reserved. See our User Agreement, Privacy Policy and Data Use Policy. The material on this site may not be reproduced, distributed, transmitted, cached or otherwise used, except with prior written permission of Futurism. Articles may contain affiliate links which enable us to share in the revenue of any purchases made.
Fonts by Typekit and Monotype.