The CEO of Coinbase Gets Brutally Owned, May Never Recover 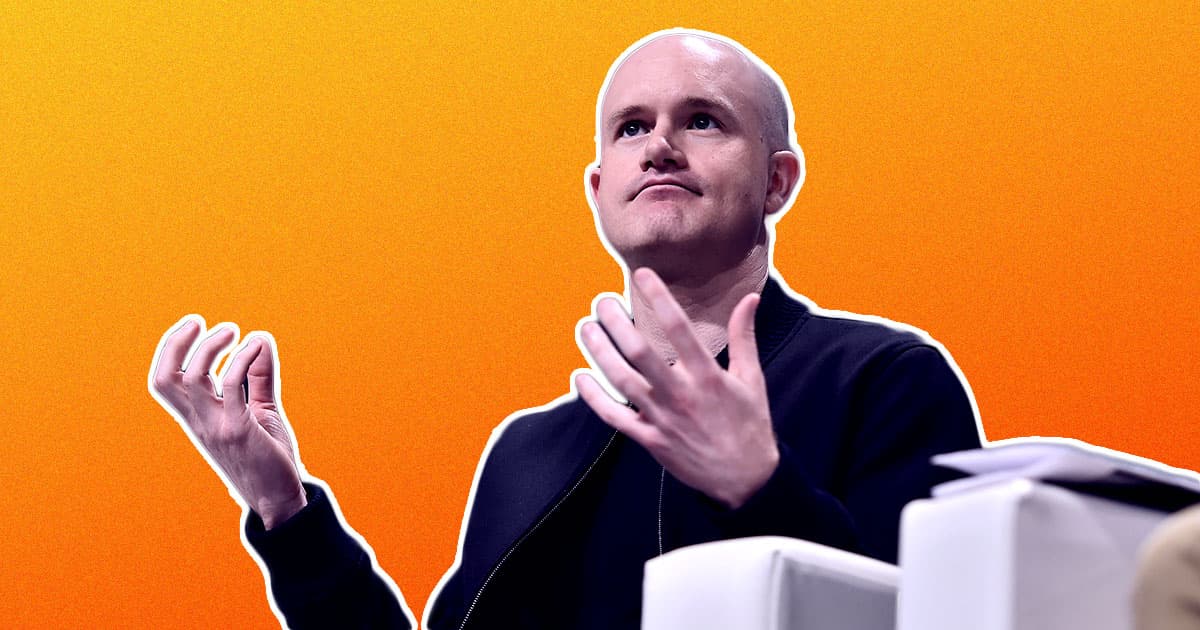 Coinbase's Super Bowl stunt netted the crypto wallet company a ton of new users — and with it, way more scrutiny.

It all started with the now-infamous QR code that changed color as it bounced about the screen silently in the ad slot, estimated to have cost $14 million based on known rates for the Super Bowl. The code led those who scanned it to Coinbase's website, which promised new users they'd get $15 in Bitcoin just for signing up.

The simplicity of the ad, especially in the high-budget, gimmick-filled world of Super Bowl ads, rightfully garnered Coinbase accolades — but when CEO Brian Armstrong tried to claim credit for the idea, things turned decidedly ugly.

The troubled started when Armstrong trashed an unnamed "outside agency," which  he said had pitched Coinbase a "bunch of standard" ideas before the company came up with the concept in-house.

"I guess if there is a lesson here it is that constraints breed creativity, and that as founders you can empower your team to break the rules on marketing because you're not trying to impress your peers at AdWeek or wherever," he rhapsodized. "No ad agency would have done this ad."

There's just one problem: according to a scorching reply by Kristin Cavallo, the CEO of a creative firm called The Martin Agency, the QR code actually was the work of her team — and she had extremely specific receipts.

"It was actually inspired by presentations our agency showed your team on 8/18 (pages 19-24) and 10/7 (pages 11-18) with ad concepts for the Super Bowl with floating QR codes on a blank screen," she replied.

But because this is the scam- and incompetence-ridden world of block chain, the story doesn't end there. Coinbase was also apparently woefully unprepared for the amount of traffic this stunt ended up bringing in.

Almost immediately after the QR code graced screens across America, Twitter users began pointing out that the site appeared to have crashed. As one put it, "the future of money can’t even handle a [Super Bowl] commercial."

"You’d think with billions of dollars of capital," they added, "that Coinbase would invest in infrastructure to handle the traffic."

So there you have it: with stolen credit, grandiose proclamations that quickly fall apart, and a service that can't handle a completely expected surge in popularity, it's just another day in world of blockchain.

Read This Next
La La La
SBF's Dad Kept Sticking His Fingers in Ears During Court Hearing
Sword Art Online
Guy Who Invented the Word "Metaverse" Building His Own Metaverse
Rube Goldbergian
The Dune NFT Project Is Back With an Inscrutable New Scheme
Sad!
Melania Trump Accused of Secretly Buying Her Own NFT to Avoid Disgrace
Breaking The Law
Prominent NFT Marketplace Shuts Down Almost All Sales for Fraud
More on Future Society
Musk Rats
Yesterday on the byte
Twitter Is Quietly Re-Suspending the Lunatics Elon Musk Let Back On
Going Wireless
Wednesday on futurism
Hackers Took Over a Subdomain of Wired.com for Several Months and Replaced It With Sleazy Online Casino Content
Spreadsheet Guy
Tuesday on the byte
Sam Bankman-Fried Posts Excel Docs That He Says Shows Nothing Was His Fault
READ MORE STORIES ABOUT / Future Society
Keep up.
Subscribe to our daily newsletter to keep in touch with the subjects shaping our future.
+Social+Newsletter
TopicsAbout UsContact Us
Copyright ©, Camden Media Inc All Rights Reserved. See our User Agreement, Privacy Policy and Data Use Policy. The material on this site may not be reproduced, distributed, transmitted, cached or otherwise used, except with prior written permission of Futurism. Articles may contain affiliate links which enable us to share in the revenue of any purchases made.
Fonts by Typekit and Monotype.