"The poor live in penthouses rather than the rich." 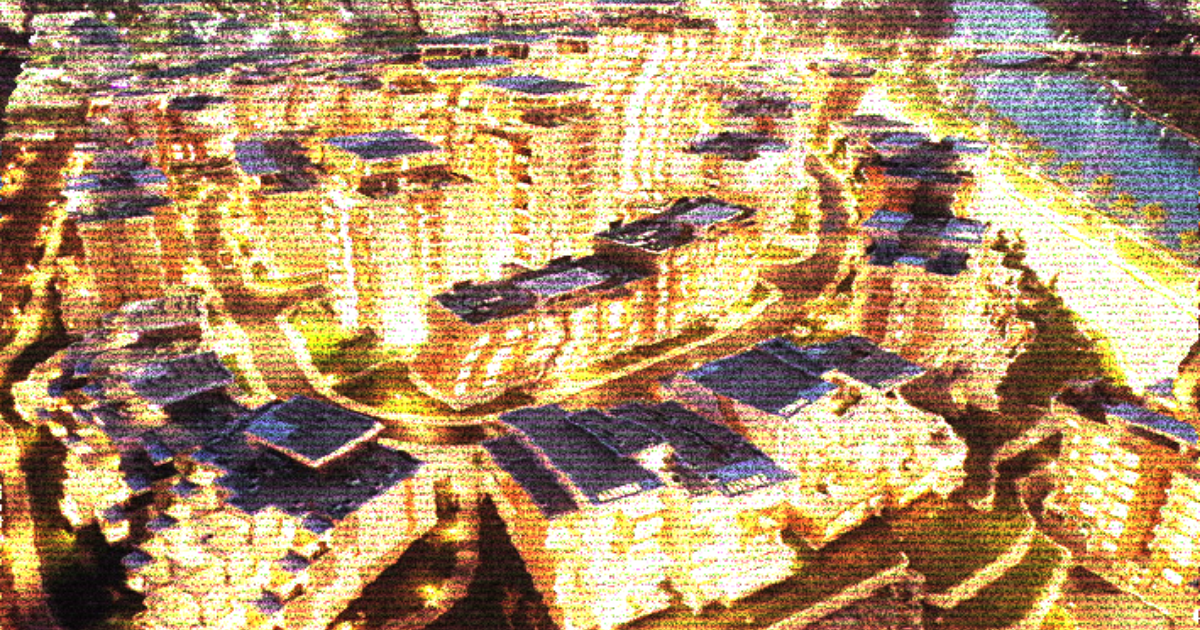 The penthouse actually isn't the place to be in North Korea. Instead of luxury living, residents say it's a nightmare. A Reuters report published earlier this week says residents at the top of multi-story buildings in North Korea often don't have access to elevators or running water.

"In North Korea, the poor live in penthouses rather than the rich, because lifts are often not working properly, and they cannot pump up water due to the low pressure," a 31-year-old who defected to South Korea told Reuters.

The man said a new 80-story building that opened this week was likely to show off the country's construction skills and that government doesn't actually care about the wellbeing of residents. That would make sense given the braggart of a Supreme Leader Kim Jong Un is.

North Korea controls all aspects of living inside the country and made selling or buying homes illegal. Instead, residents are assigned housing.

Photos state-run media released to highlight a new housing complex's opening show a Pyongyang eerily devoid of personal affects, porch furniture or clutter. Every window is perfectly illuminated. Nobody stands on the covered rooftop lounges and there isn't a single car on the streets. Not a single piece of trash litters the sidewalk and the housing units are made of wood and white concrete, every bit the picture of a swanky, modern urban living environment.

Too bad it's not real.

While residents in the luxury buildings resort to installing their own water pumps and often go without electricity, earlier this week Kim was filmed opening new housing for some of the country's wealthiest residents, according to Reuters.

Every single building was single low-rise.

More on life in North Korea: North Korea Launches Wave of Hacks Directed at US Companies

Read This Next
Death Spiral
The Human Family in Crisis
Coinbase Conspiracy
Crypto Dev Thrown in Jail for Checking His Coinbase Account
Brands We Love
This $20 Virtual Gardening Master Class Is the Secret to Finding Your Green Thumb
Brands We Love
Build a Garden Anywhere With the $20 Urban & Zen Gardening Mastery Bundle
Thanks For The Memories
The Decade in Dumbasses: The Idiots, Morons, and Rubes Who Made the 2010s Insufferable
More on Future Society
Finders Keepers
Yesterday on the byte
China Wants the Corpse of Its Balloon Back After the US Killed It With a Missile
Rough
Monday on futurism
Elon Musk's Twitter Is Reportedly Failing Miserably to Contain Horrific Child Abuse Content
YouTube Propaganda
Monday on the byte
Experts Say There's Something Very Weird About North Korean YouTubers
READ MORE STORIES ABOUT / Future Society
Keep up.
Subscribe to our daily newsletter to keep in touch with the subjects shaping our future.
+Social+Newsletter
TopicsAbout UsContact Us
Copyright ©, Camden Media Inc All Rights Reserved. See our User Agreement, Privacy Policy and Data Use Policy. The material on this site may not be reproduced, distributed, transmitted, cached or otherwise used, except with prior written permission of Futurism. Articles may contain affiliate links which enable us to share in the revenue of any purchases made.
Fonts by Typekit and Monotype.