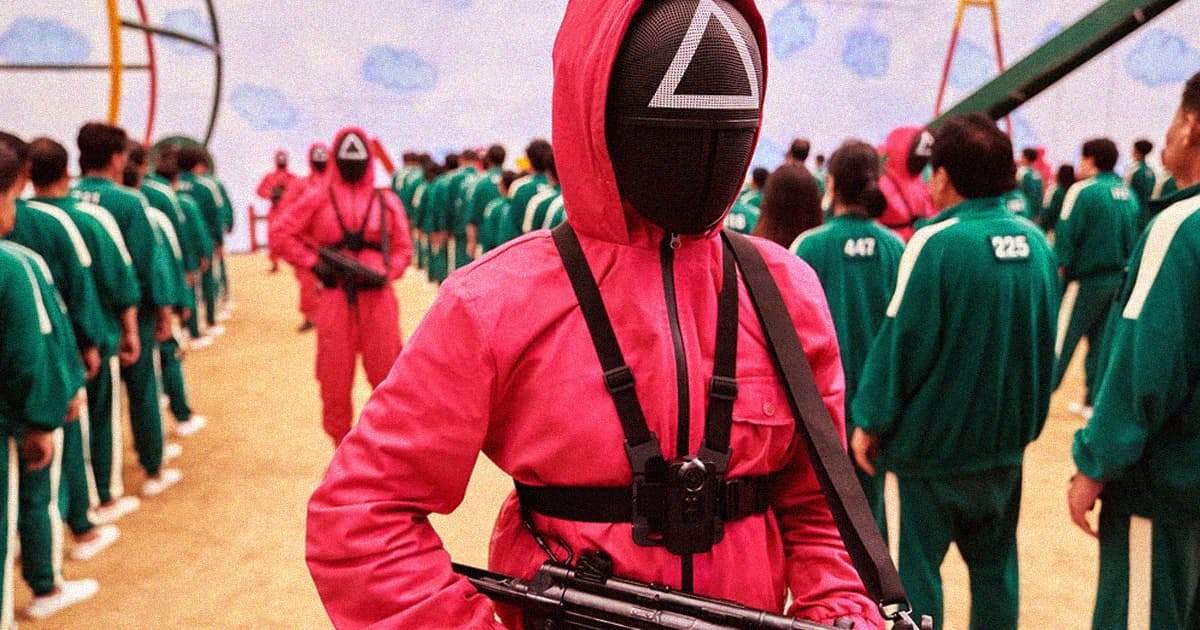 "It is said that it makes people realize the sad reality of the beastly South Korean society in which human beings are driven into extreme competition and their humanity is being wiped out," a short article posted on the website reads, as translated by Reuters.

The hit show, which pits deeply indebted contestants against each other in brutal and often deadly childhood games, has become an international sensation. But it's still fictional — and though it is clearly a critique of some aspects of capitalism, the main themes leave plenty of room for interpretation.

According to Reuters, North Koreans caught watching South Korean media could end up getting a 15 year sentence to work in a prison camp, which makes the propaganda website's comments at least somewhat ironic given the predicament of the contestants on the show.

Many have fled the totalitarian state in search of a better life. The country has faced widespread food shortages and poverty is common.

At the same time, the website does have a point — "Squid Game" could easily be interpreted as exposing the dangerous outcomes of living in a society driven by wealth and debt.

"It is the current South Korean society where the number of losers in fierce competitions, such as employment, real estate and stocks, increases dramatically," reads another part of the post, as translated by Gizmodo. The show demonstrates "the reality of living in a world where people are judged only by money."

So why punish those who would want to watch "Squid Game" in North Korea? In many ways, it'd make for some great anti-capitalist propaganda.

Crack Down
Is Netflix Trying to Blow Itself Up?
4. 20. 22
Read More
High Up
Only the Poorest People in North Korea Want to Live in the Tops of High-Rises
4. 17. 22
Read More
Coinbase Conspiracy
Crypto Dev Thrown in Jail for Checking His Coinbase Account
7. 21. 21
Read More
+Social+Newsletter
TopicsAbout UsContact Us
Copyright ©, Camden Media Inc All Rights Reserved. See our User Agreement, Privacy Policy and Data Use Policy. The material on this site may not be reproduced, distributed, transmitted, cached or otherwise used, except with prior written permission of Futurism. Articles may contain affiliate links which enable us to share in the revenue of any purchases made.
Fonts by Typekit and Monotype.