The Human Family in Crisis

There is a pervasive and growing feeling that the human enterprise is in a death spiral. 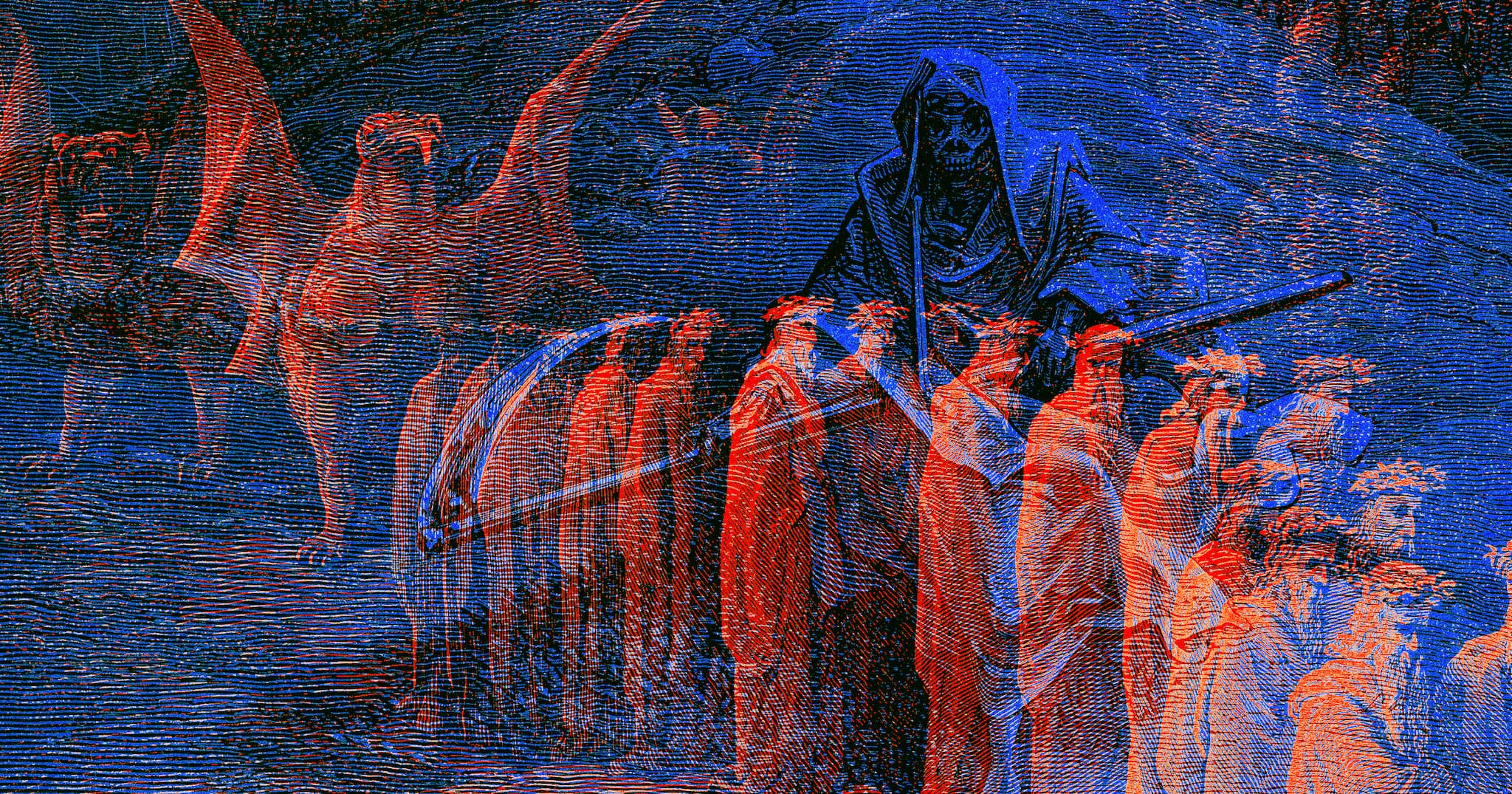 Across the political spectrum, there is a pervasive and growing feeling that the human enterprise is in a death spiral.

It is 113 degrees in Phoenix, Arizona — no surprise there — but also in Medford, Oregon. Microplastics have been found in remote Arctic plateaus, the depths of ocean trenches, and in the placenta of the newborn. Even the raindrops and snowflakes are full of poison. An aging tyrant has made a desperate play to expand his borders, plunging the global economy into chaos as he hints at nuclear holocaust. Meanwhile, a handful of oligarchs dream of fleeing this planet for the stars, as if Earth was some disposable stepping stone for their adventures.

Here at home, unscrupulous ideologues deprive women of their right to health care. A free and fair election has come close to being overturned. We can’t even agree on the virtue of keeping insurgents off the Senate floor. Not since the Civil War has our democracy seemed so fragile.

The left points to our unsustainable carbon emissions, rapidly deteriorating environment, and the widening gap between the billionaires and the rest of us. The right points to the overreach of government on health, worship, speech and education. They lament the decline of cherished institutions such as the traditional family and other ancient, trusted social norms.

Young and old struggle with a pandemic of fatalism, a feeling that we have no future. An extraterrestrial anthropologist scrolling through Gen Z’s Instagram memes, or watching the dystopias of popular fiction, might reasonably conclude we are a moribund species.

Is it wishful thinking to imagine a future that can be redeemed? Is it all too overwhelming? Has human dysfunction metastasized beyond our powers to cure?

By current reckoning the universe is around 13.8 billion years old. That seems like a long time to us, but the future is so much longer. Those last stars, red and small, won’t burn out for trillions of years. If we can resist the siren song of our destructive impulses, there is more than enough time for us to flourish on the countless worlds of this universe.

Humans have only existed for a few hundred thousand years. We are a very young family coming of age in a very young universe. Yet every one of us is descended from generations of survivors who lived with constant peril.

We are thinking of the ancestors who survived the Toba volcanic catastrophe, around seventy-five thousand years ago. This mega-colossal eruption, one of the worst ever experienced by human beings, took place in what is now Indonesia. It darkened and cooled the whole planet.

Can you imagine how terrified our ancestors must have been, huddled around a flickering campfire, their only source of light and warmth? In that cold, seemingly endless night it must have been hard to imagine that anything good lay ahead. What fears must have tormented them? What had they done to turn the Earth and sky against them, to make the plants and animals that sustained them wither and die?

It is estimated that only a few percent of all humans living at the time survived: just a weary, hungry ten thousand or so souls in the whole world. Still, they endured. And Toba is but one of the calamities — ice ages, plagues, famines, droughts, floods and much more — that our species has overcome. Our ancestors’ strength to carry on in the face of gnawing hunger and hopelessness delivered you this very moment. It’s a moment fraught with dangers, but unlike the generations who came before us, we have the power to understand these phenomena and mitigate their consequences.

We are poised on a knife edge, precariously balanced between our ability to unravel the mysteries of nature and time and our inability to live in peace with one another and our environment. Just as we begin to peer back into the birth of our universe we also gather about ourselves the tools of our undoing. Every year the world’s scientists tell us we must act if we are to avert cataclysm. They say “now or never.” And somehow we still sleepwalk, spellbound by celebrity gossip and our latest toys.

It’s one thing to endanger your own life, and even the lives of your loved ones. It’s reprehensible, but certainly not unheard of. Yet in this crisis something even greater is at stake — from the earliest wriggling microbe to those who pressed on through the gloom of Toba and every life up to this present moment — the significance of all our ancestors’ labors. Everything is on the line; all that came before and everything that could come after.

It is so achingly clear that we have no choice. It is time to grow up, to stop entertaining ourselves to death, to give up our obsessions with glamor and consumption. We must begin to value what is real over what we would like to believe; to value science over fantasy, fact over fiction. We can no longer afford to stay in our silos, occasionally lobbing angry invectives at our antagonists. We can’t afford to stop communicating with each other.

For all our many failings, we have, at least, one great strength. We are this planet’s best toolmakers. From those first paleolithic torches to our spacefaring robotic probes, we are a race of tinkerers. One of those probes has shown us the view of the Earth from out by Neptune. That image presents us with an inescapable fact: we are but one small family living on a tiny world in the great cosmic dark. We are ready to embrace the cosmos, to resume our ancestral wandering. But we cannot take our sickness with us to the stars; we can’t lie our way to those far off places.

We have seen recently how ordinary people can be moved to do extraordinary things to defend their home when it is threatened. What will it take for us to unite in defense of the home we all share? All we have to do is continue the ancient human tradition of working for our future.

Ann Druyan is an Emmy and Peabody Award-winning writer, director, and producer. She also served as the creative director of NASA's Voyager Interstellar Message.

Sam Sagan is a writer and producer for television. His credits include "COSMOS" and "The End Is Nye."

More on humankind: "Three Body Problem" Author No Longer Sure Humankind Would Unite Against Hostile Aliens

Read This Next
High Up
Only the Poorest People in North Korea Want to Live in the Tops of High-Rises
Brands We Love
This $20 Virtual Gardening Master Class Is the Secret to Finding Your Green Thumb
Brands We Love
Build a Garden Anywhere With the $20 Urban & Zen Gardening Mastery Bundle
Thanks For The Memories
The Decade in Dumbasses: The Idiots, Morons, and Rubes Who Made the 2010s Insufferable
Endangered Species
Scientists: Human Extinction Is Extremely Likely
More on Future Society
Head Like A Hole
Wednesday on futurism
Elon Musk's Crying About Trent Reznor Shows That He Is a Big, Big Baby
Miserly Musk
Tuesday on the byte
Cheapskate Elon Musk Refusing to Pay Bills at Twitter
Secrets Secrets
Tuesday on futurism
Elon Musk Vigorously Denies That SBF Secretly Owns Part of Twitter
READ MORE STORIES ABOUT / Future Society
Keep up.
Subscribe to our daily newsletter to keep in touch with the subjects shaping our future.
+Social+Newsletter
TopicsAbout UsContact Us
Copyright ©, Camden Media Inc All Rights Reserved. See our User Agreement, Privacy Policy and Data Use Policy. The material on this site may not be reproduced, distributed, transmitted, cached or otherwise used, except with prior written permission of Futurism. Articles may contain affiliate links which enable us to share in the revenue of any purchases made.
Fonts by Typekit and Monotype.