The Great Barrier Reef is dying way faster than researchers expected. That should make you scared — and hopping mad. 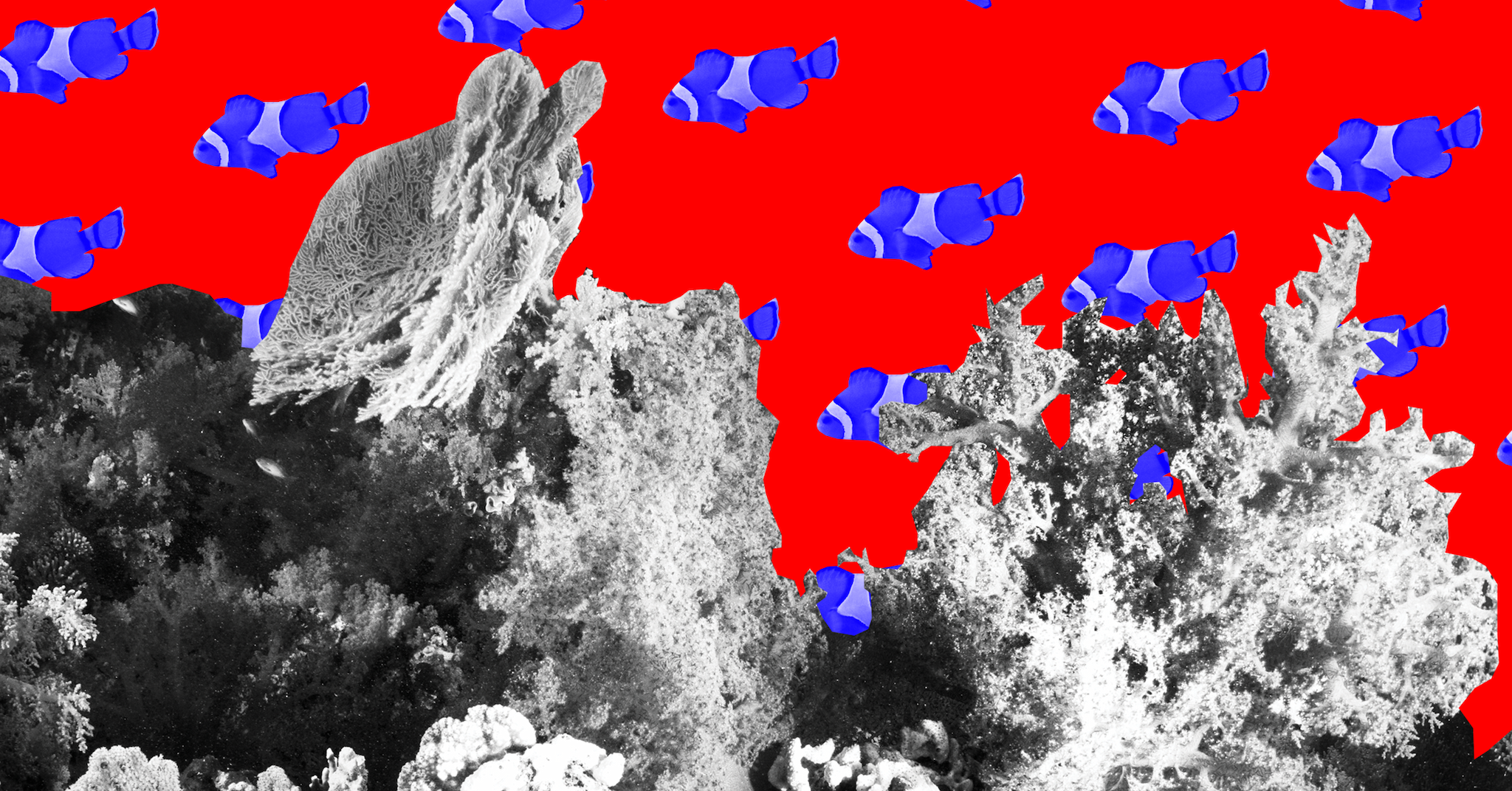 We don't appreciate what we have until it's gone. Or, sometimes, until it's almost gone. So consider this fair warning: it's just about time to start appreciating the Great Barrier Reef off the coast of Australia, which is once again the subject of some doom-and-gloom findings.

Half of the Great Barrier Reef has bleached (read: died) due to global warming (read: our fault) since 2016, according to research published yesterday in Nature. The damage was greater than what would have been if it were just local weather or other short-term events, the researchers found.

This puts a serious dent in scientists' forecast of the reef's long-term stability.

If you're a fan of things like less carbon dioxide in the atmosphere, biodiversity, and coasts that aren't rapidly eroded, this is bad news.

Which is why the researchers behind the study are calling for regulators to give the reef the same kinds of protections as they would to a species on the verge of extinction.

Often, when a plant or animal is on the verge of extinction, it is granted the legal protections of the Endangered Species Act. It's intended to protect the organism itself, plus a bit of the habitat. This happens regardless of whether the forces pushing the species to die off are natural (why can’t we get pandas to bone?) or if it’s entirely our fault as we alter the climate too dramatically for the organisms to keep up (hang in there, polar bears!).

Over the past few years, researchers at the International Union for Conservation of Nature (IUCN) has begun ranking entire ecosystems the way we would species. Their Red List of Ecosystems, which they hope to complete by 2025, notes specific ecosystems of interest from “Least Concern” to “Endangered” all the way to “Collapsed” — the ecosystem equivalent of going extinct.

Listing ecosystems this way could help conservation groups prioritize their money and other resources. But one thing it doesn't do? Actually protect a precarious ecosystem.

There's no law to keep people from driving their boats over a reef, or logging a rainforest. Even if countries do pass a law, it only applies within a country's borders; ecosystems often don't fit quite so neatly within those. International treaties intended to mitigate climate change exist, but participation is voluntary.

The International Union for Conservation of Nature can provide evidence-based recommendations. These are valuable, no question. But scientists have been providing legislators with recommendations for decades. And compared to the endless piles of cash from fossil fuel lobbyists, those recommendations haven’t gotten us too far.

In order to truly bring about change, conservation groups will need to lobby for legal protections to conserve large ecosystems in the same way they do individual species. This study shows they may have to work more loudly and quickly than they previously thought.

Read This Next
Death Spiral
The Human Family in Crisis
High Up
Only the Poorest People in North Korea Want to Live in the Tops of High-Rises
Brands We Love
This $20 Virtual Gardening Master Class Is the Secret to Finding Your Green Thumb
Brands We Love
Build a Garden Anywhere With the $20 Urban & Zen Gardening Mastery Bundle
Thanks For The Memories
The Decade in Dumbasses: The Idiots, Morons, and Rubes Who Made the 2010s Insufferable
More on Future Society
I Silence Thee
Jan 28 on futurism
Leaked Messages Seem to Show Elon Musk Using Twitter to Punish His Enemies
Gas Giant
Jan 27 on the byte
Journalist Eats Lab-Grown Chicken, Gets "Weirdly Gassy"
Musk Rats
Jan 26 on the byte
Twitter Is Quietly Re-Suspending the Lunatics Elon Musk Let Back On
READ MORE STORIES ABOUT / Future Society
Keep up.
Subscribe to our daily newsletter to keep in touch with the subjects shaping our future.
+Social+Newsletter
TopicsAbout UsContact Us
Copyright ©, Camden Media Inc All Rights Reserved. See our User Agreement, Privacy Policy and Data Use Policy. The material on this site may not be reproduced, distributed, transmitted, cached or otherwise used, except with prior written permission of Futurism. Articles may contain affiliate links which enable us to share in the revenue of any purchases made.
Fonts by Typekit and Monotype.