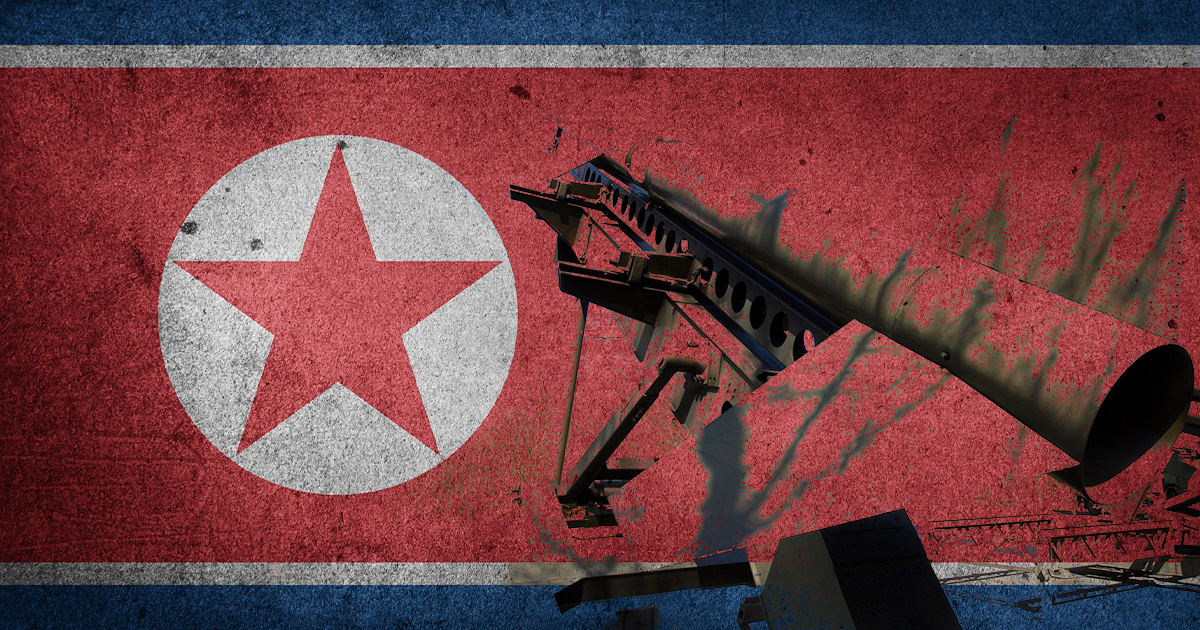 North Korea is flexing its muscles. On Thursday, the nation announced that it had test-launched a new "tactical guided weapon" — but kept the details vague.

The weapon is unlikely to be a long-range ballistic missile that could jeopardize peace talks, according to the Associated Press. Rather, given the fact that the announcement came with new demands for ongoing negotiations with the U.S., the tests were likely intended as a display of military strength.

South Korean experts suspect that the new weapon was some sort of cruise missile, per the AP's attempt to learn more. Had the weapon been a longer-range missile that could pose a threat to the U.S. or other nations, then North Korea may have put at risk its ongoing effort to lift sanctions that other countries have imposed on it.

Rather, Kim Jong-Un called for the U.S. to pull Secretary of State Mike Pompeo out of ongoing disarmament negotiations, accusing him of "talking nonsense" and misinterpreting agreements made between the two countries, the AP reports. The experts' guess: the new weapon test is meant to add a little more gravity to those demands.

Dron't
Drama Engulfs Plan to Zap School Shooters With Taser-Toting Drones
6. 4. 22
Read More
High Up
Only the Poorest People in North Korea Want to Live in the Tops of High-Rises
4. 17. 22
Read More
Coinbase Conspiracy
Crypto Dev Thrown in Jail for Checking His Coinbase Account
7. 21. 21
Read More
+Social+Newsletter
TopicsAbout UsContact Us
Copyright ©, Camden Media Inc All Rights Reserved. See our User Agreement, Privacy Policy and Data Use Policy. The material on this site may not be reproduced, distributed, transmitted, cached or otherwise used, except with prior written permission of Futurism. Articles may contain affiliate links which enable us to share in the revenue of any purchases made.
Fonts by Typekit and Monotype.