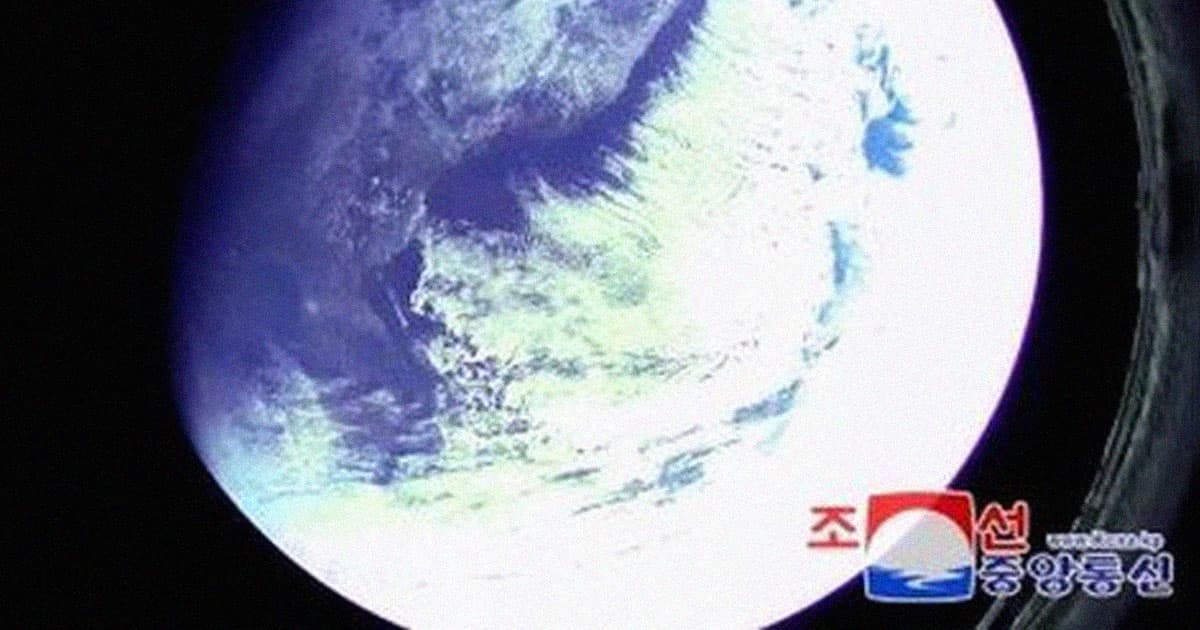 North Korea has reportedly test-fired its biggest missile yet on Sunday, sending back photos from space, reportedly taken by a camera installed on the missile's warhead, The Guardian reports.

It's a worrying sign the nation may have made good on its threats of developing intercontinental ballistic missile (ICBM) technologies capable of reaching the US territories in the Pacific.

The state-run North Korean Central News Agency claimed on Monday that the country had launched an intermediate-range Hwasong-12 missile, a rocket capable of reaching the US island territory of Guam, in the most powerful missile the country has tested since 2017, according to The Guardian.

Experts believe North Korea's leader Kim Jong-un may be trying to battle sanctions imposed on his nation and make it at least appear as though North Korea is a force to be reckoned with on an international scale.

The country has conducted seven missile launches in January alone — a record number, according to the BBC — despite the UN officially placing a ban on testing nuclear weapons.

The authenticity of the images taken by the warheads from space have yet to be independently verified, The Guardian notes. The South Korean and Japanese military, however, estimate that the missile may have reached a maximum altitude of over 1,200 miles. According to the BBC, it can travel as far as 2,485 miles.

It's an awkward time for the test, given the fact that all eyes are on China — the nation's most prominent international ally — during the ongoing Winter Olympics.

It's still unclear how or if the Biden Administration will react to the news, but the US isn't likely to budge from its position. Earlier this month, president Joe Biden approved sanctions placed on North Korea following previous missile tests.

Air Force General Says the US Could Have an Operational Space Force in Three Years
11. 14. 17
Read More
Choked Out
Entire Island Strangled by Choking Vines
Yesterday
Read More
Love It or List It
NASA Hires Company to 3D Print American Base on the Moon
Yesterday
Read More
+Social+Newsletter
TopicsAbout UsContact Us
Copyright ©, Camden Media Inc All Rights Reserved. See our User Agreement, Privacy Policy and Data Use Policy. The material on this site may not be reproduced, distributed, transmitted, cached or otherwise used, except with prior written permission of Futurism. Articles may contain affiliate links which enable us to share in the revenue of any purchases made.
Fonts by Typekit and Monotype.