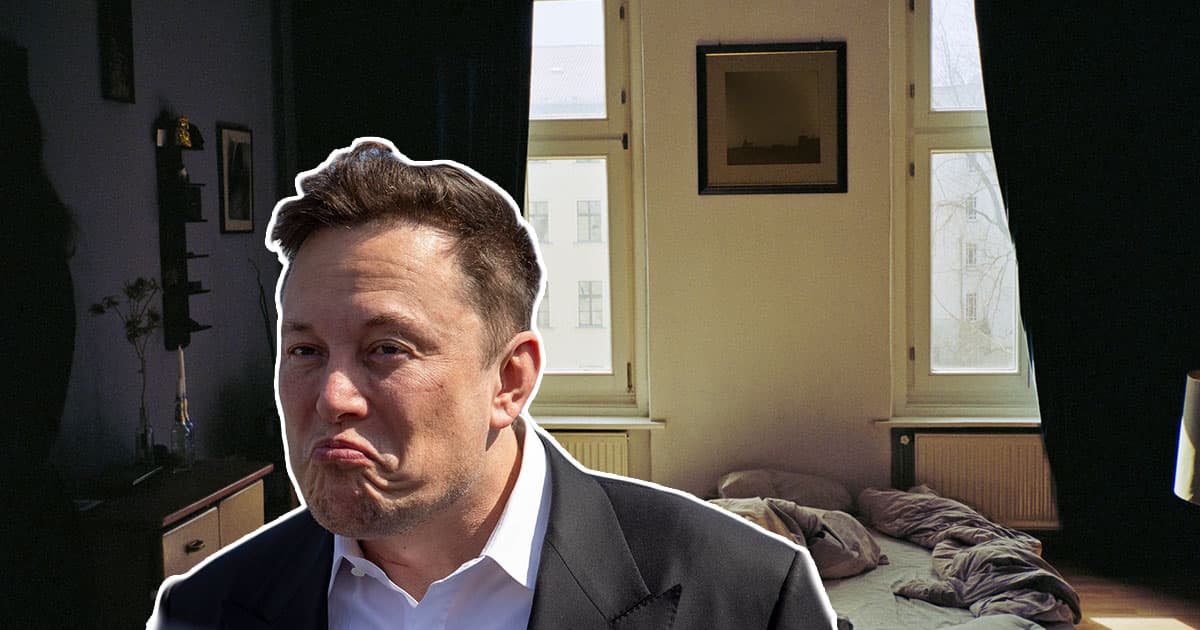 Grimes Says That Elon Musk "Lives Below the Poverty Line"

In a wild interview with Vanity Fair this week, gothy producer superstar Claire "Grimes" Boucher spilled the tea on what it was like living with now ex-boyfriend Elon Musk.

"Bro does not live like a billionaire," she told the magazine. "Bro lives at times below the poverty line."

Things go to so bad that Grimes pleaded with Musk to "not live in a very insecure $40,000 house" where the "neighbors, like, film us" and she's "eating peanut butter for eight days in a row."

Grimes also told Vanity Fair that Musk "wouldn't even get a new mattress" while living in Los Angeles — even though the old one had a hole in it.

It's a rather shocking revelation, considering Musk is officially the richest person in the world.

We also knew he lives a pared down and relatively humble lifestyle, reportedly living in a tiny pre-fabricated shack near SpaceX's test site in Texas. But this humble?

The interview also shed light on another tantalizing piece of news: that she had a second child with Musk with the help of a surrogate late last year, a daughter who they named "Exa Dark Sideræl Musk."

Their on-again, off-again relationship has clearly hit a speedbump around the time of the revelation and the ensuing media circus.

"Me and E have broken up *again* since the writing of this article haha," she tweeted shortly after the interview was published on Thursday, "but he’s my best friend and the love of my life."

And then, of course, it turned out that Grimes is now dating famed military leaker Chelsea Manning.

All Grimes was aiming to do with the interview was to build up hype for her upcoming album "Book 1."

But rare insights into her life with Musk proved to be far too distracting.

More on the interview: A Reporter Heard an Infant Screaming and It Turned Out Elon Musk Had a Secret Baby with Grimes