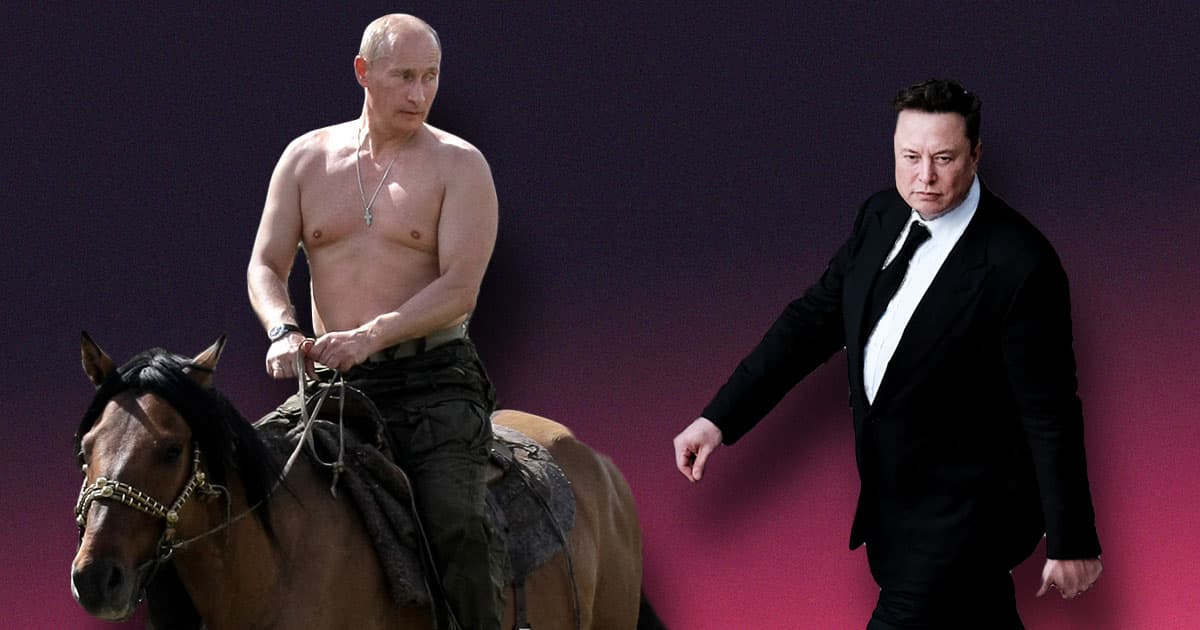 Fight of the Century

Ever the innovator, SpaceX CEO and one-third of the newest celebrity love triangle Elon Musk has a novel solution to the invasion of Ukraine: a one-on-one fight with Russian President Vladimir Putin.

The billionaire issued the challenge to Putin on Monday morning via Twitter, adding that the stakes for the match will be Ukraine, apparently suggesting he could put an end to the violent conflict in the country if he should best the Russian president.

"I hereby challenge Vladmir Putin to single combat," Musk said in the tweet. "Stakes are Ukraine."

At first blush, this seems like your typical Elon chaotic meme post, and it probably is. But Musk later added that he was “absolutely serious” about the challenge. So it seems like the war in Ukraine might have ticked him off more than one might have expected.

But does Musk stand a chance against Putin, who — if you recall — is an actual black belt in judo?

The Tesla CEO is taller than the Russian strongman, with the billionaire standing at 6’2” compared to Putin’s 5’7”. So Musk would have a reach advantage. He might leverage his tech resources to help him in the fight, too, like an Iron Man suit, or maybe even one of his flamethrowers.

Musk would also have much of the western world cheering him on in order to end the atrocities occurring in Ukraine at the hands of the Russian imperial military. That’ll be good for morale and motivation. Plus, given enough time, Musk might be able to train enough to get into fighting shape.

Regardless of whether or not Elon’s actually serious, there’s no question that the brutal conflict unfolding in Ukraine is impacting untold lives in terrible ways. If it takes two white dudes beating the crap out of each other on pay-per-view to resolve it, so be it. Plus, there's plenty out there who would love to see either of these two get beaten up.

More on Musk: SpaceX Sends More Starlink Terminals to Ukraine, Along with Equipment to Run Them Off Grid