This is completely unhinged. 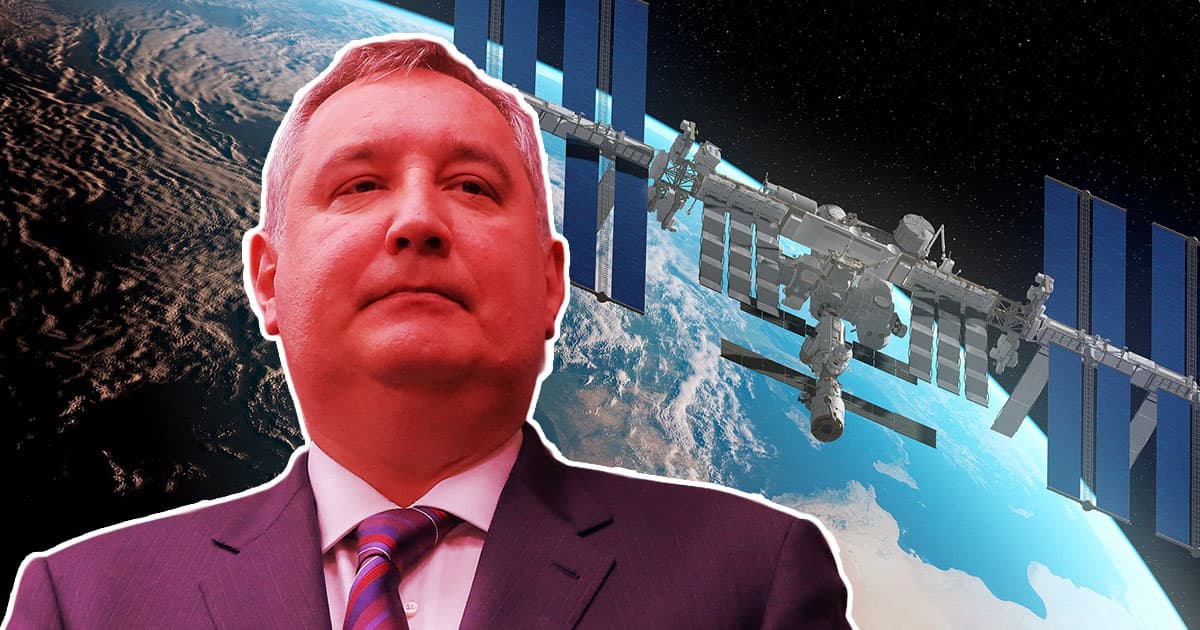 And now he's back at it. Following Russia's invasion of Ukraine, Rogozin reiterated that aiming new sanctions against Russia's space program could have some disastrous consequences for its adversaries.

In fact, Rogozin went as far as to level what appears to be a direct threat at the United States.

"If you block cooperation with us, who will save the ISS from uncontrolled deorbiting and falling into the United States," Rogozin wrote in a genuinely unhinged Twitter rant on Thursday.

He also appeared to threaten several other countries, just for good measure.

"There is also the option of dropping a 500-ton structure to India and China," he wrote. "Do you want to threaten them with such a prospect? The ISS does not fly over Russia, so all the risks are yours. Are you ready for them?"

This afternoon, Biden levied yet another fresh wave of sanctions against the country, with the aim of cutting it off economically from the rest of the world — and actively undermine the country's space program.

"As you noticed, we, nevertheless, continue to make our own spacecraft," Rogozin wrote. "And we will build them by expanding the production of the necessary components and devices at home."

"Do you want to ban all countries from launching their spacecraft on the most reliable Russian rockets in the world?" he added.

Rogozin also complained that the sanctions were going to destroy space competition, adding that Biden was throwing a wrench between Russian and US cooperation when it comes to training astronauts.

It's a difficult-to-reconcile perspective, not the least because Russia's own spacecraft have repeatedly put the International Space Station and its occupants in danger.

In October for instance, a Russian-made Soyuz spacecraft docked to the ISS caused the entire station spin almost out of control after it unexpectedly fired its thrusters.

And then there was the time Russia intentionally blew up one of its satellites with a missile, creating a cloud of over 1,000 trackable and very dangerous pieces of space debris.

Russia has made its bed by invading Ukraine, cutting itself off politically from the world — and given Rogozin's perspective, its space program will likely have to forge its own path going forward as well.