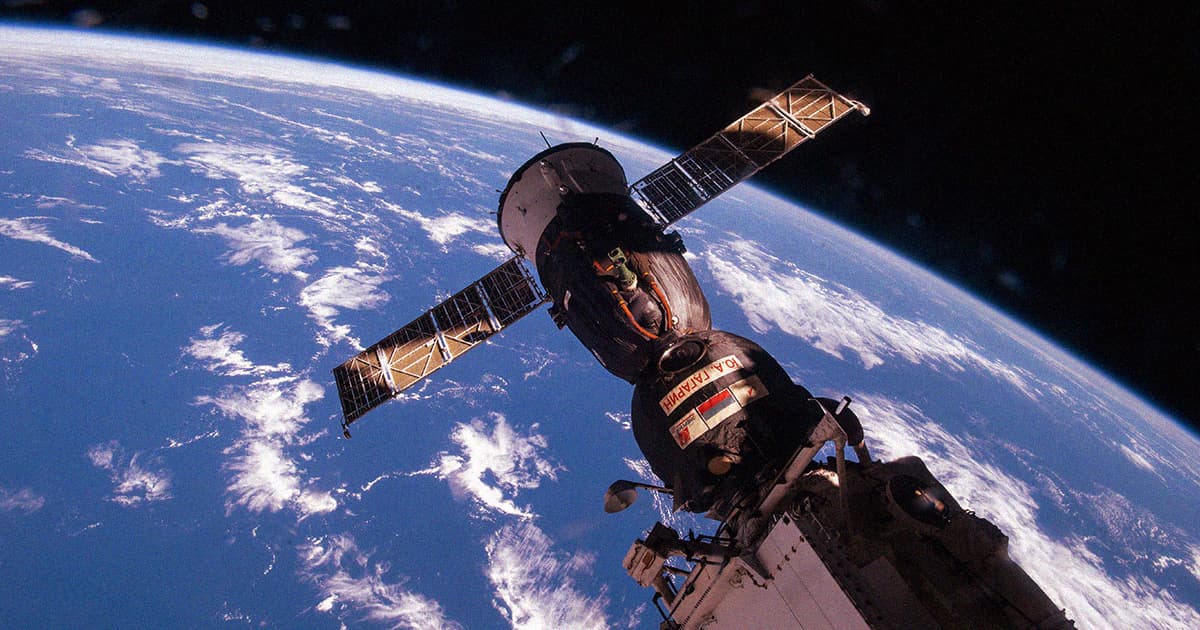 It's not a good look.

It's not a good look.

Russian state-owned news agency TASS reported today that the country's Soyuz spacecraft caused the orientation of the International Space Station to change — the second incident of a Russian-made spacecraft causing the station to spin unexpectedly since July.

It's unclear how much the ISS spun, but fortunately, nobody was hurt.

"The station and the crew are not endangered," the Energia Space Rocket Corporation, part of Roscosmos, told TASS.

It's the second incident of its kind in recent months. In July, Russia's brand new Nauka module unexpectedly fired its thrusters just hours after docking with the ISS, causing the entire station to spin one-and-a-half times.

The July incident marked the first time NASA flight director Zebulon Scoville had to declare a "spacecraft emergency," as he later admitted to The New York Times.

The Soyuz MS-18 spacecraft that caused the erratic behavior is scheduled to carry actress Yulia Peresild and director Klim Shipenko back down to Earth after their weeklong stint on board the ISS filming the first feature-length movie in space.

Three astronauts took a brief ride on the spacecraft late last month to relocate it for the arrival of Persild and Shipenko.

Fortunately, Russia says, nobody was at risk during today's blunder — but the repeated screwups don't exactly instill confidence.

Space Race Movie Edition
Russia Wants to Be the First to Shoot a Movie In Space
9. 22. 20
Read More
A Poopy Problem
The Space Station Is Getting a New Toilet
6. 15. 20
Read More
Fire! Fire!
NASA Is Setting a Fire Inside a Spaceship
5. 12. 20
Read More
+Social+Newsletter
TopicsAbout UsContact Us
Copyright ©, Camden Media Inc All Rights Reserved. See our User Agreement, Privacy Policy and Data Use Policy. The material on this site may not be reproduced, distributed, transmitted, cached or otherwise used, except with prior written permission of Futurism. Articles may contain affiliate links which enable us to share in the revenue of any purchases made.
Fonts by Typekit and Monotype.