NASA Is Setting a Fire Inside a Spaceship

It's for science, okay? 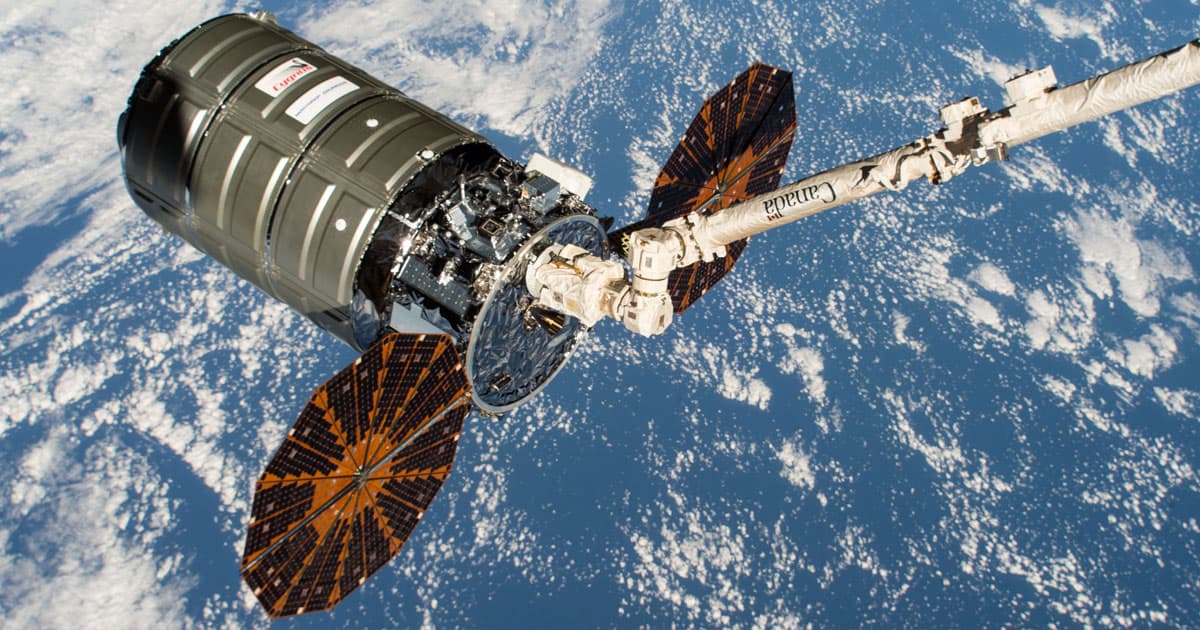 NASA is about to set a fire inside a spacecraft — without putting human lives in danger.

The specially designed space capsule, which just left the International Space Station for the blaze, is part of NASA's Spacecraft Fire Safety Experiment (Saffire) project and the fourth iteration to explore the effects of open fire in microgravity, yielding data that could be used to keep future space travelers safe.

The Cygnus Pressurized Cargo Module, built by Northrop Grumman, resupplies the International Space Station with several tons of cargo, including experiments, food and other supplies.

After the supplies are delivered, though, the spacecraft leaves the ISS, setting the stage for the on-board Saffire experiments.

On Monday, the space agency's latest experiment, Saffire-IV, on board a Cygnus cargo module, left the ISS to begin the fourth experiment. The spacecraft is testing new fire detection systems as well as how fire spreads at sea-level equivalent levels of pressure and at higher oxygen concentrations.

"Understanding how fire behaves in microgravity, and how different materials propagate flames in space is immensely important for the development of future crew spacecraft," reads an official description of this latest mission. "It also will help inform operational protocols for dealing with fire emergencies, particularly when astronauts do not have the ability to exit a spacecraft or quickly return to Earth."

The benefits of the experiment extend beyond ensuring the safety of astronauts. It could also benefit "fire safety efforts in similar environments on Earth, from submarines to mines" according to NASA.

More on fire in space: NASA IS STARTING FIRES IN SPACE JUST TO WATCH THEM BURN

Read This Next
From the Dept. of Things to Buy
Review: The "Out of This World Cook Book" Chronicles the Early Meals of the Space Age
Overloaded
Whiny Space Tourists Say They Were Too Busy on the Space Station
The Moonian
Senior NASA Official Fears Getting "Stuck" on the Moon
Into Darkness
Inside NASA's Bold Proposal to Probe the Mysteries of Dark Matter
Space Sick
Space Is Wreaking Havoc on Astronauts' Blood
More on Hard Science
Warped Tour
Feb 2 on futurism
Professor Believes Door to Warp Drive May Lie With Ethylene Glycol
Sky Bursts
Feb 2 on the byte
Astronomers Intrigued by 25 Mysterious Repeating Radio Signals From Deep Space
Tractor Beam
Jan 26 on the byte
Scientists Build Working Tractor Beam, Although It's Comically Tiny
READ MORE STORIES ABOUT / Hard Science
Keep up.
Subscribe to our daily newsletter to keep in touch with the subjects shaping our future.
+Social+Newsletter
TopicsAbout UsContact Us
Copyright ©, Camden Media Inc All Rights Reserved. See our User Agreement, Privacy Policy and Data Use Policy. The material on this site may not be reproduced, distributed, transmitted, cached or otherwise used, except with prior written permission of Futurism. Articles may contain affiliate links which enable us to share in the revenue of any purchases made.
Fonts by Typekit and Monotype.