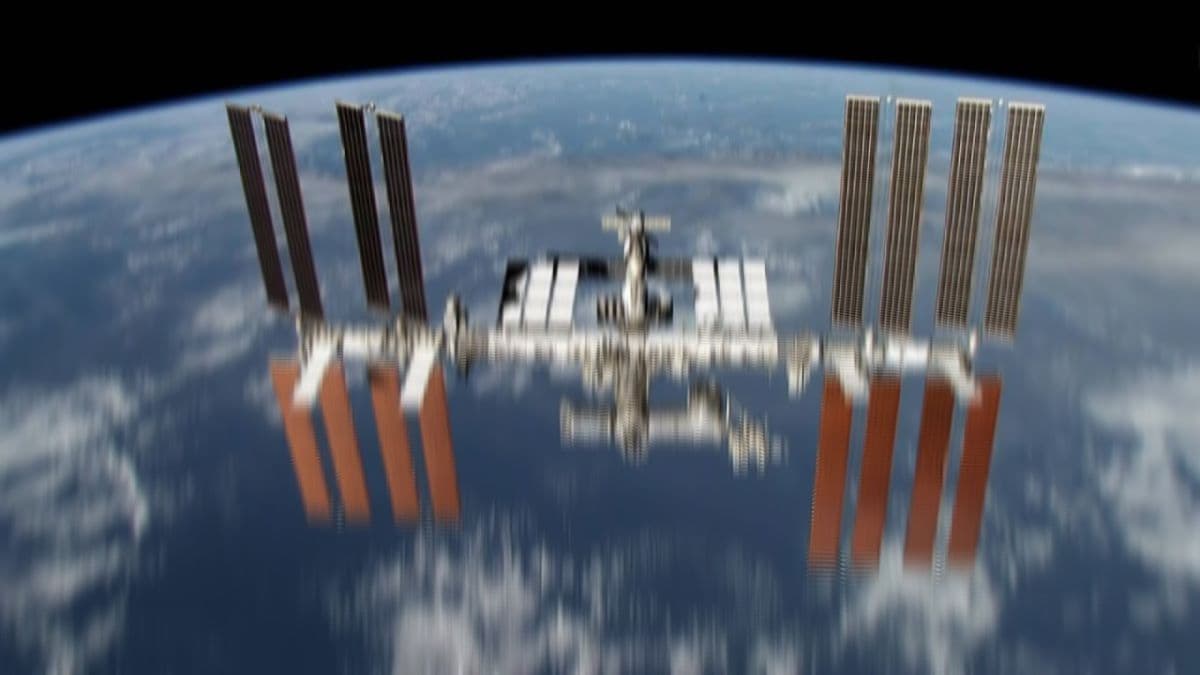 Spin Me Right Round

The Space Station Incident Was Far Worse Than NASA Admitted

The ISS spun nearly enough to qualify for Olympic skateboarding.

The ISS spun nearly enough to qualify for Olympic skateboarding.

Now, it seems the problem was worse than anyone admitted at the time. Initially, NASA announced that the ISS had rotated about 45 degrees away from its original position. But faced with reporting from The New York Times, the space agency confirmed that the ISS actually spun a full rotation and a half before crew members got it under control.

"The 45-degree number was initially offered in the first minutes after the event occurred by our guidance, navigation and control officer in Mission Control, but were later updated following an analysis of the actual divergence," a NASA spokesperson told Space.com.

It's easy to imagine the Hollywood version of the events, where the ISS is spinning so rapidly that panicked crew gets plastered against the walls as they try to regain control. But even with the incident being more dangerous than NASA first let on, the space agency says the ISS still rotated too slowly — about half a degree per second at its fastest — for any astronauts to physically feel the movement.

The ISS "spun one-and-a-half revolutions — about 540 degrees — before coming to a stop upside down," NASA flight director Zebulon Scoville, who led the ground effort during the incident, told the NYT. "The space station then did a 180-degree forward flip to get back to its original orientation."

As a result, a sense of calm professionalism pervaded throughout, Scoville said.

"Probably the intensity goes up a little bit," Scoville said. "But there's a pervasive kind of calmness of people not panicking and just looking at the data, figuring out what was happening and try to solve the problem from there."

However, Scoville did add that he had to declare a "spacecraft emergency" for the first time.

And He Scores
We Are Completely Puzzled by This Video of a Chinese Astronaut Playing Ping-Pong in Space
Jan 6
Read More
Sad ROSS
Russia's New Space Station Gets Sadder the More We Hear About It
7. 27. 22
Read More
Blast Off
Former Astronaut Details Quest to Grow Cannabinoids in Space
4. 20. 22
Read More
+Social+Newsletter
TopicsAbout UsContact Us
Copyright ©, Camden Media Inc All Rights Reserved. See our User Agreement, Privacy Policy and Data Use Policy. The material on this site may not be reproduced, distributed, transmitted, cached or otherwise used, except with prior written permission of Futurism. Articles may contain affiliate links which enable us to share in the revenue of any purchases made.
Fonts by Typekit and Monotype.